Forget the weather: escape to Corfu with the charming, sarcastic Durrell family – for now at least

With her pinky raised delicately in the air, Mrs Durrell picks up the milk jug, shrugs coquettishly in her pale green lacy top and adds: 'That and sarcasm, and a fear of emotion.'

TRY CULTURE WHISPER
Receive free tickets & insider tips to unlock the best of London — direct to your inbox
So begins season three of ITV's popular drama The Durrells: Simon Nye's rather ridiculous, feel-good drama. The show is based loosely on the eccentric goings-on of author Gerald Durrell's family during their years spent on the Island of Corfu before the outbreak of the Second World War.

Set against sun, sky and citrus trees swaying to the gentle 'croak croak' of the crickets, the first two seasons of The Durrells had all the ingredients of a piece of masterful escapism: four charming but essentially uptight English idiots, living in a menagerie of strange animals, trying to get by on a confused and beautiful Greek island. What could go wrong (wink, wink)?

Unfortunately, both season one and two began with a tightly-written first episode before getting lost in a melodrama. If most of your storylines are about sarcastic English family members scaring the local Greeks with a scotch egg, maybe don't introduce the odd serious mental health condition that suddenly arrives, freaks everyone out, and is then immediately forgotten behind a joke about otters.

But The Durrells knows how to begin a series well, and season three starts with an excellent farce. Gun-toting madman Leslie is dating three women. Unsettled by his 'excessive libido', his mother Louisa sets off to meet and interview all three women, so she can tell Leslie which one to pick.

Pink flamingos, glorious costumes and tickling English sarcasm go halfway to making a good show. Tight writing and a funny plot are necessary for the rest of it. The first episode is a hit, and we have high hopes for the rest of the series. But to quote Louisa Durrell, we Brits are all about 'sarcasm and a fear of emotions'. So lets stay away from the melodrama this series. 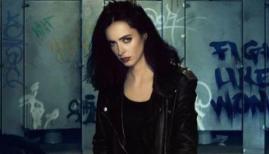 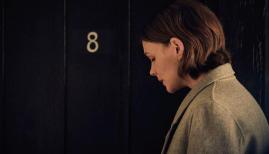 Why are we so obsessed with missing children? Save Me review, Sky Atlantic
Sign up to CW’s newsletter
By entering my email I agree to the CultureWhisper Privacy Policy (we won`t share data & you can unsubscribe anytime).