In the new BBC drama MotherFatherSon, Richard Gere plays a media mogul who's thrown back with his estranged wife (Helen McCrory) because of their loose-cannon son (Billy Howle)

3 CW readers are interested
MotherFatherSon, BBC Two review 5 MotherFatherSon, BBC Two review Euan Franklin
The control of the rich and powerful over the other 99% is a despicable fact, yet their level of power is widely fascinating. Recent TV dramas like Trust and Succession deal with this capitalistic control within dysfunctional families – the intrigue sprouting from money's effect on emotional relationships as much as professional ones (both going hand in hand).

In the latest rich-family drama MotherFatherSon, these elements are re-explored but through a sharper, darker journey. 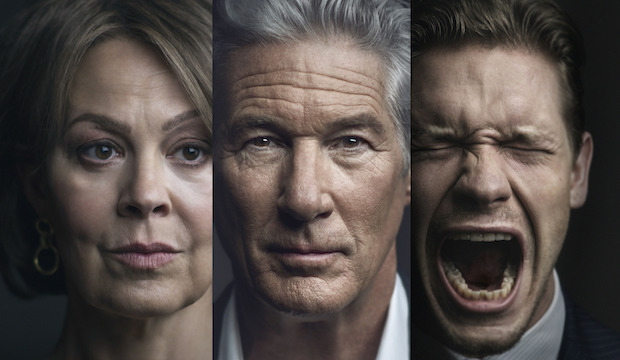 Max is one of the world’s most powerful businessmen, exuding power and silence wherever he goes. When he enters his newspaper company, run by his loose-cannon son Caden, every member of staff stands with zipped lips like a god was walking among them. He only needs a beard to match his milk-white hair to make the perception complete.

Writer Tom Rob Smith (The Assassination of Gianni Versace) sculpts Max with the personality of a dictatorial film director, needing to control everything despite his outward insistence to ‘pretend I’m not here’. Richard Gere plays the part perfectly: keeping Max's outside self cordial, almost foolish, but constantly strategising on the inside.

And more than controlling every facet of his company – including where and how close interviewers and interviewees should be in the newspaper’s TV studio – he’s the authority on what the public sees. He controls the message, and how it’s released. When he meets the British Prime Minister, we know who’s really in charge. 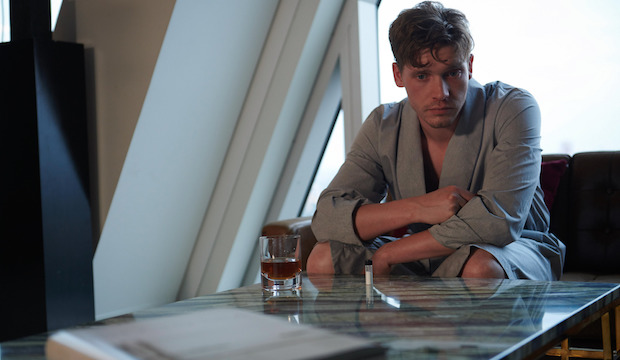 The Son: loose-cannon Caden, desperate for his own control

One important part of his life he can’t control, however, is his son. Caden’s desperate for his own control: snorting cocaine, having twisted sex with prostitutes, and sacking whomever he wants at the newspaper. He’s the opposite to Max, but tries desperately to be him

Billy Howle is known for playing flawed but adorable male leads in period dramas (On Chesil Beach, The Seagull), but now he's made a vital swerve - diving into a more tortured character. If Gere is subtle and reserved, Howle is a walking implosion. His first scene literally screams with psychological agony. 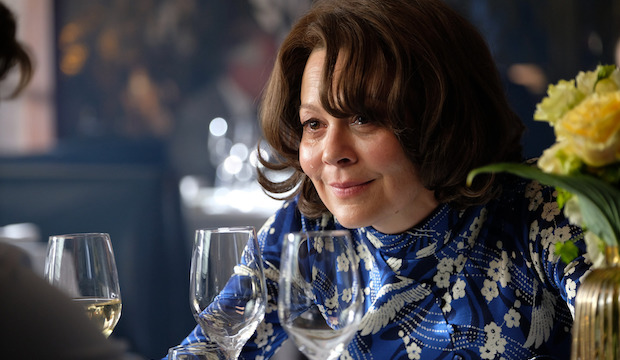 The Mother: Helen McCrory creates a strong and vivid presence on screen as Kathryn

Last but not least is Helen McCrory, who always creates a strong and vivid presence on screen. She plays Kathryn, Caden’s mother and estranged wife to Max. She carries a strong parental love for her son and a deep hate for her ex-husband, especially as Caden plunges further into darkness.

Her connection with Caden and his sensitive side, buried under layers of toxic masculinity, is heartbreaking to watch – especially as she recounts a memory from his childhood, when he acted more moralistically. Considering her unforgettable performance in Peaky Blinders, it’s no wonder why she’s landed this role.

Of all the wealthy-family dramas on TV recently, MotherFatherSon threatens to be the best. And along with the psychological conflict, there’s also blood, murder and conspiracy. Tom Rob Smith’s writing is intense. He draws his characters in rich detail, and his dialogue is so poetically paced – unfolding like a modern, violent, Shakespearean drama. It’s a show that knows how good it is, and makes no apologies for it.

MotherFatherSon airs on Wednesdays at 9pm on BBC Two