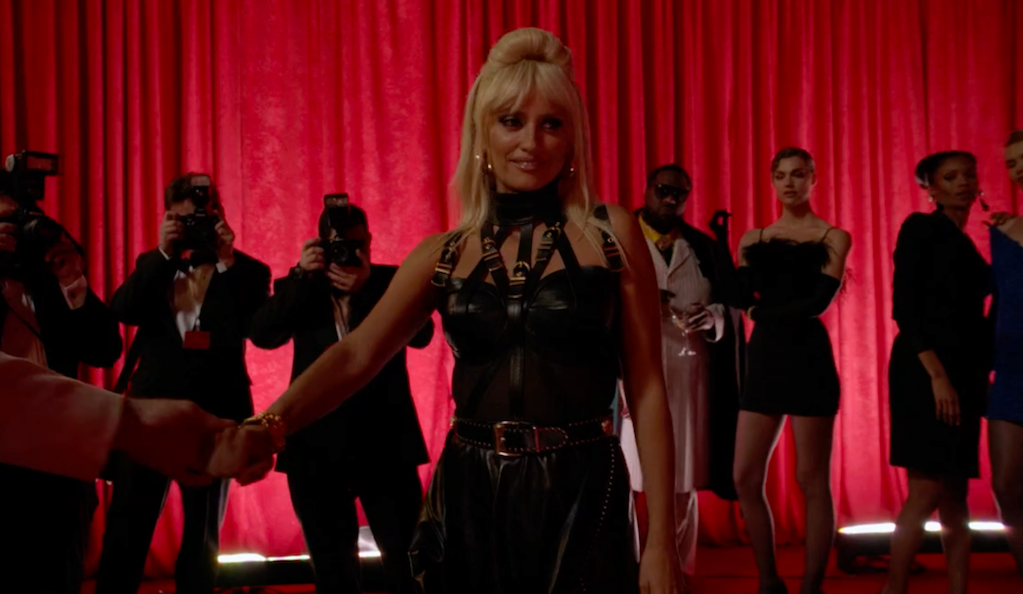 In the fall of 1992, Gianni Versace re-crafted fetish wear into high fashion via the Versace 'Miss S&M' show, more commonly known as the 'Bondage' collection, complete with dog collars, whips, and leather.

The scene pictured above sees Edgar Ramirez (as Gianni) hand in hand with Penelope Cruz (as Donatella) as they storm the red carpet in a weighty recreation of the ’93 moment in which Donatella achieved global stardom while wearing the most famous piece to come from the collection, the bondage dress. Three versions of the dress were made for filming (including one specifically for the scene where Gianni destroys it with scissors).

'It is such an iconic dress, and it it was scripted that it definitely needed to be that dress to tell the story of her coming into her of her own stardom,' costume designer Leach told Vanity Fair on constructing this piece. "Just from a construction standpoint and materials, it was such beautiful leather dress that had to fit perfectly – and all these different angles that the neck and the, you know, skirt had to swath just, just right.'