In Baptiste episode 2, Julien (Tchéky Karyo) finds Natalie Rose (Anna Próchniak) and finds out as much as he can about the enigmatic Edward Stratten (Tom Hollander)

This is like a soliloquy for this series, a spin-off from the emotionally dark The Missing. Baptiste, as we found last week, is not about uncovering a disappearance and hunting the culprit. No, this is about uncovering a person and unlocking who they really are.

Edward Stratten (Tom Hollander), the very shady ‘uncle’ looking for a sex worker, is like the embodiment of an enigma, which retired detective Julian Baptiste (Tchéky Karyo) is determined to solve. 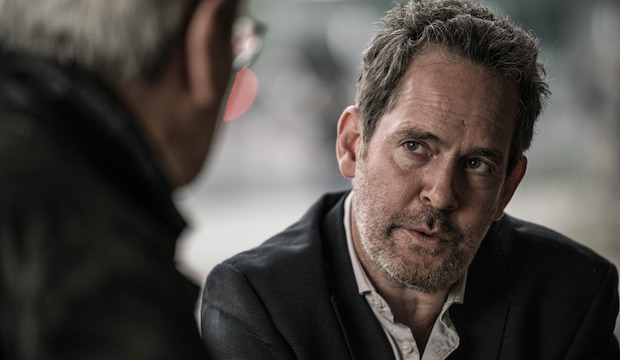 Baptiste looks at Edward like an unfinished puzzle, and a complicated puzzle at that. Episode 2 (and maybe the whole series) tries to figure Edward out, and nothing is consistent. He’s picking up a dropped item for a woman in one scene, and delivering a psychopathic monologue in another. Does he know he’s being watched? It’s hard to tell. But he’s fascinating to examine – we’re never sure how he’ll react or what’s next on his agenda.

This is no surprise from writers Harry and Jack Williams, considering their previous aptitude in The Missing for crafting morally complex monsters, but Edward Stratten is a new high for them. He’s not painted as a seven-headed beast – there’s some tragedy or emotional imbalance whirring inside him. This episode is Tom Hollander’s playground and although his performance is not entirely natural, it’s vividly chilling.

And it’s exciting whenever Edward and Baptiste are in the same room, like watching Batman and The Joker have a coffee. Their dialogues are tense – both are onto each other. It’s a classic game of I-know-you-know.

This suspense shifts into a more Hitchcockian fashion later on, during an exceptionally frightening scene on a house boat. The scene is inventive, especially in Börkur Sigþórsson’s direction, and made even more chilling with the absence of music. Just footsteps and water. 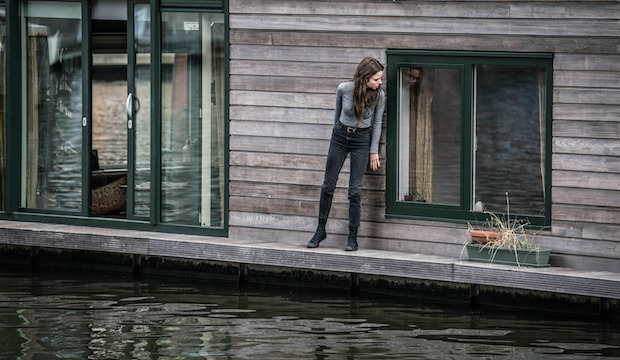 Footsteps and water: an exceptionally frightening scene on a house boat

The Chief of Police’s son Niels (Boris van Severen) is introduced in this episode. He’s given a sympathetic backstory, and grows deeply critical of Baptiste’s analyses (‘I have huge respect for the work you’ve done…’). Hopefully, he’ll prove to be more than just another doubting obstacle for Baptiste. Distrusting the cracker of famous cases, when the Amsterdam police have been so appalling, is a silly path to take. And it's not overly convincing.

Baptiste continues to be a thrilling, explorative noir that loves to conjure new questions. Why have the police been so clueless? It’s suggested by Natalie (Anna Prochniak) that the police are in cahoots with the fierce Romanian gang led by Dragonir Zelincu, which leads back to Edward. How involved is he? Is the chief of police involved? Is it a massive conspiracy?

It’s hard to know what’s true. But the head in Edward’s basement is starting to rot. Maybe he’s ready to be honest?

Baptiste continues on Sundays at 9pm on BBC One