In the Cleaning Up finale, Sam (Sheridan Smith) is losing control and her persona 'Nancy' starts to evaporate. Her plans fall apart, but she's not giving up

Cleaning Up finale review 3 Cleaning Up finale review Euan Franklin
‘I don’t even know who you really are anymore.’ That’s probably harsh of Dave, Sam’s ex, but it’s true. Who is Sam anyway? A cleaner? A mother? A gambler? An insider trader? At heart, is she Sam or her posh and capable alter-ego Nancy? Well, she’s all of these things, which is part of the constant draw to her character.

And in this finale of Cleaning Up, these egos converge on each other and threaten to destroy her.

Sam (Sheridan Smith) has lost all her money, and desperately tries to avoid Swanney (Lloyd Owen) at all costs. But when the landlady (Shobu Kapoor) pays a visit to her house and the loan shark Warren (Neil Maskell) grows even more impatient, Sam begins to sink in her problems again. 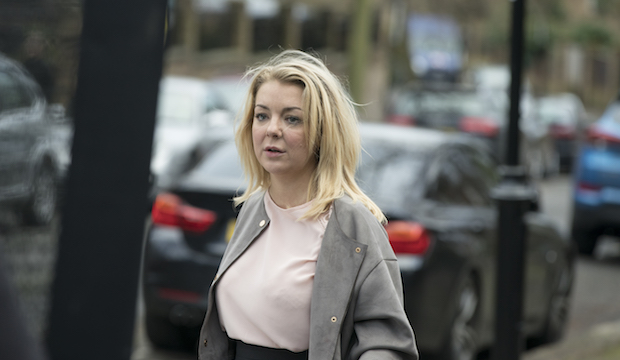 Sam (Sheridan Smith) begins to sink in her problems again

Thankfully, more so than in previous episodes, a good deal happens in this finale and it’s exciting to watch Sam’s plans play out. One memorable encounter is when she meets with Graham (Con O’Neill), the raspy, Marlon Brando-like trader with aggressive teeth. O’Neill is a bit cartoonish, but delivers the most vivid performance of the series – it’s a shame we're not treated to more.

But Sam wiggles out of her situations too easily. Whenever she’s faced with a conflict that’d force a confrontation for her sins, it’s easily resolved – even the suspense is deflated since we know the result. Often these escapes aren’t about intelligence, but luck. And without some kind of penance, she doesn’t develop much as a character. 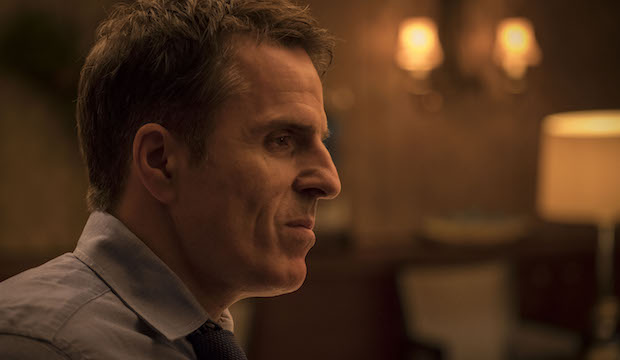 Con O'Neill delivers the most vivid performance of the series

There are gaping flaws in Cleaning Up, as writer Mark Marlow essentially repeats the same structure and mistakes over and over again. Yet there’s still something alluring about the concept. We watch, and keep watching, for Sam: for her smarts, for her determination, for her desire to stick it to the men in charge while settling a divorce and raising two kids on a zero-hours contract.

But not enough has happened to justify six hours, when the story could’ve been told in three – and Marlow clearly struggled to fill that time. It’s been a fun and ambitious journey, but one riddled with spots and stains.