In Baptiste episode 3, Edward (Tom Hollander) and Detective Baptiste (Tchéky Karyo) finally have a proper talk. But Edward's not as horrible as he seems...

Baptiste episode 3 review 4 Baptiste episode 3 review Euan Franklin
Writer Harry and Jack Williams love to lift and purge our trust in their characters. In Baptiste, their spin-off series of The Missing, any notion of the correct answer is thrillingly pointless and proven wrong within minutes of the next episode starting. It’s happened again in episode 3, and it’ll probably keep happening every week – so hold on to your armrests!

In this episode the long-expected chat between Edward (Tom Hollander) and retired detective Julien Baptiste (Tchéky Karyo) unfolds – explaining the entire truth, at least as far as Edward’s concerned. But we’ve been deceived in the past, and it’s hard to trust his account over Natalie’s. In any case, Edward is not the psychopath we thought he was.

Baptiste delights in these explanatory flashbacks, achieved in fast blasts instead of being drawn out like The Missing. It’s a less innovative approach, but exciting enough to get caught up in. 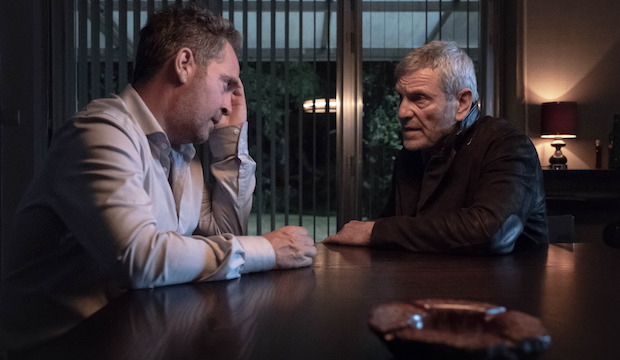 But Julien has even bigger problems than the morally complicated Edward. The merciless Romanian bogeyman Constantin has found out where Julien’s wife lives, turning this initially harmless case into something dangerously personal.

Constantin continues to be a tense and silent horror, Alec Secareanu (God’s Own Country) playing him with a chilling absence of empathy. He vaguely resembles Anton Chigurh from No Country for Old Men – his lines short, spare and instantly terrifying. After confronting Edward and threatening the murder of his family, a devilish smirk crosses his face as he says: ‘I like my job’. 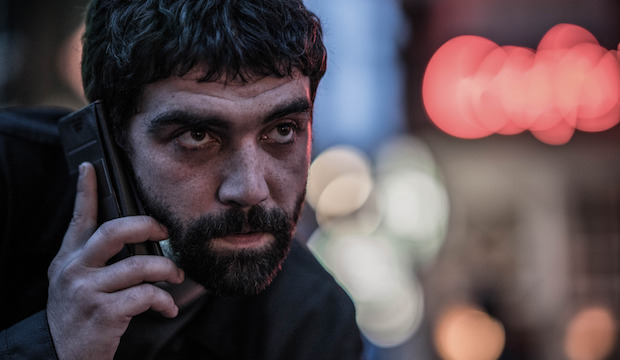 Constantin (Alec Secareanu) continues to be a tense and silent horror

It’s hard not to compare Baptiste with The Missing, despite adopting different methods. Missing-persons plots are attractive in their tragedy, as if the audience is following a long string into the darkness – leading, hopefully, to a satisfying end.

But in Baptiste, that string seems to branch out into several limper strings. Many mysteries, characters, and different areas of crime are spread across the series, without the assurance of a definite end point. Exposing the Romanian gang seems an amicable objective, but is that as absorbing as a missing child?

However, this series' multiple directions prove gripping in their own ways, and we can’t wait to see where they lead. Harry and Jack Williams still have the power to move and shock with Detective Baptiste, and this is perfectly demonstrated by this episode’s final revelation.