In this new BBC adaptation of David Nicholls' Us, Tom Hollander stars as a pedantic biochemist who hopes to fix his family relationships with a trip across Europe

5 CW readers are interested
Us, BBC One review 4 Us, BBC One review Euan Franklin
In 2015, David Nicholls published his fourth novel Us in paperback. It was the year before everything mutated. Before Trump, Brexit, and Covid. The book exists in a paradisaic state, nostalgically serving as an escapist drama without perhaps intending to be.

The four-part BBC adaptation, shot prior to lockdown, maintains that blissful atmosphere – relaxing into a story that’s funny, fraught and troubling yet unburdened with the world’s collapse. The series charms with its European voyage through love, loss and parenthood. 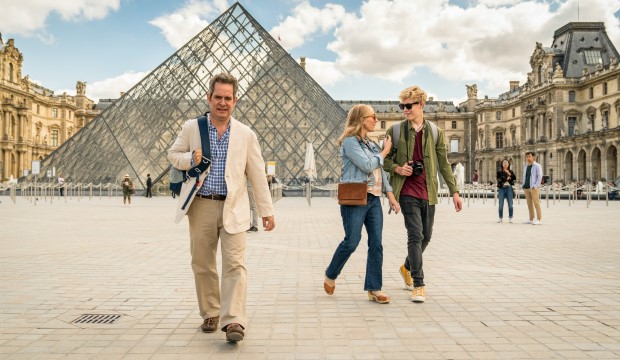 ‘I’ve been thinking about leaving. I think our marriage might be over,’ says Connie Petersen to Douglas, her husband of 25 years, during the night. Stressed yet trying to stay rational, they talk about it till dawn. But the result remains unchanged. It becomes more awkward when their online food delivery arrives, and they have to unpack together (‘If I’d known you were leaving me, I’d have pushed it to nine!’). David Nicholls captures that very British balance between upsetting drama and bleak humour.

Douglas and Connie had planned to travel on a Grand Tour around Europe with their artistic son Albie (Tom Taylor) before he leaves for university. Now, Douglas wants to use this opportunity to keep his family together, to change, to be better. But this has to include – hold your breath – bonding with his son.

Tom Hollander is a near-perfect Douglas, appealing to the actor’s underrated ability to channel both frustrated comedian and tragic hero at once – much like his performance in the BBC comedy Rev. Douglas is an accurate picture of the intelligent, middle-class father: empirical, meticulous, organised.

Connie is the opposite, her life philosophy centred around freedom and spontaneity – played with casual abandon by Saskia Reeves. The comedy in their clashes, punctuated with stupid jokes, fizzles with fun as much as tension. But Douglas also has the habit of amputating joy, mortifying for Albie to endure. 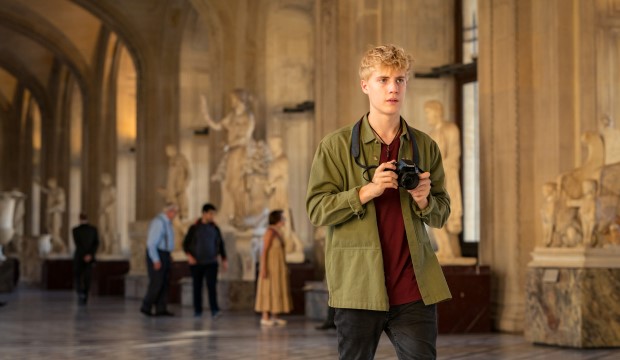 Albie possesses the traits of most aesthetic teenagers. He takes stylish photos of his feet, reads Camus, and groans at his father’s grumpiness. He even hooks up with a roaming busker, Kat (Thaddea Graham), one of those free-spirit personalities you only meet when travelling. Unfortunately, Douglas is the opposite – leading to a lot of friction when things don’t follow his meticulous plan. When his schedule is abandoned, the story turns into an odyssey about being a father in today's world.

Nicholls, who also wrote the series, hops between picturesque landmarks in Europe (through Paris, Amsterdam, Venice, Barcelona) and memories of Douglas and Connie’s early years. It's as much about their younger selves as their middle-aged destinies: the meet-cute, the arty parties, the first times. 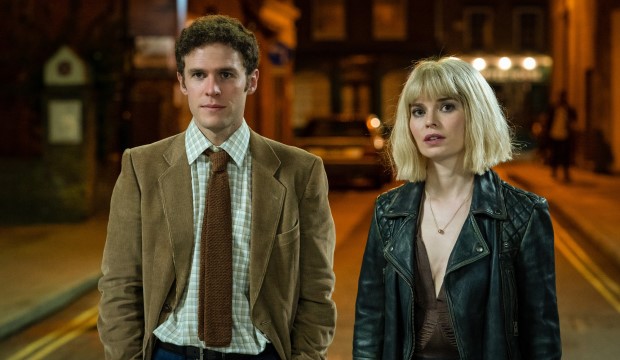 Douglas is more outspoken in the series than the book, catering to the demands of telly dialogue. He’s less insular, and Nicholls makes him more likeable. There are also new scenes involving Connie, expanding the story to embrace her side of things. Given her phantom-like presence in the novel’s latter half, these additions allow her more depth.

In this alternative Europe, where Brexit is never mentioned and Covid doesn’t exist, it’s a joy to go Interrailing with the Petersens. Even though their problems are very privileged and white, the journey is emotional as much as scenic: making you miss the days when you could go travelling without (much) risk.

And Douglas’ striving to be a better man is infectious. Despite his repressed emotions, rarely proffered, there's still a lot of love there: platonic, romantic, and familial. It’s these types of love and the struggle to express them that makes Us so compelling.

Us airs on Sunday 20 September at 9pm on BBC One