Where season one doled out 12 episodes set across four European countries (three per nation), it's only the UK iteration that continues for now. With four new suspects and four gripping performances, this season tackles tales of murder, rape, and online grooming. 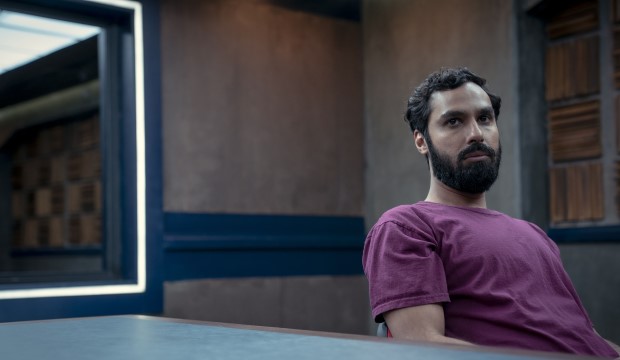 His character, Alex, is introduced with a six-minute continuous shot, explaining his side of the story direct to camera. Director Jim Field Smith finds plenty of ways to innovate cinematically within a small space, yet retains the series’ restrictive, theatre-like principles.

Equally recognisable, depending on your television tastes, is Kunal Nayyar – best known for playing Raj Koothrappali in the goofy geek comedy The Big Bang Theory. That character’s comedic fragility and social awkwardness is extinguished in Criminal. Nayyar takes on the Belmarsh inmate Sandeep, who negotiates the terms of his sentence. 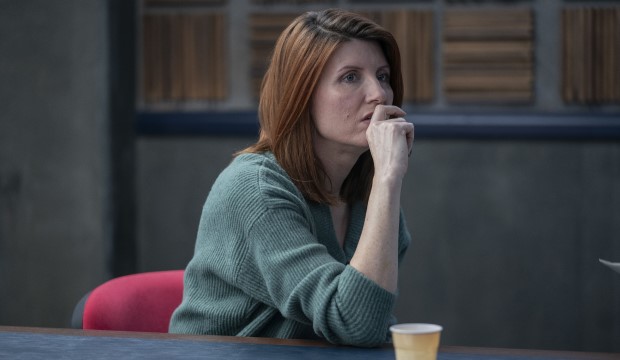 Although Sharon Horgan is a great dramatic actor, as seen in This Way Up, she’s mainly recognised for her comedy performances. Her role as Danielle, a vigilante mother who hunts online paedophiles, sees her in a newer, distorted light. Horgan sets aside most of her comic instincts to facilitate Danielle's combative attitude.

The lesser-known Sophie Okonedo, who you might’ve seen in Chimerica and Wanderlust, stars in the opening episode as the wife to a murderous strangler. She more than matches her higher-status counterparts, delivering a superior grit to her performance.

Returning to the interrogation team, who work on both sides of a neon-lit one-way mirror, is a joy – even if their little sub-plots are neglected this season. They’re a unit, close to a family: bickering, cheering each other on. They gradually draw information from the suspects, which may or may not lead to the whole truth. 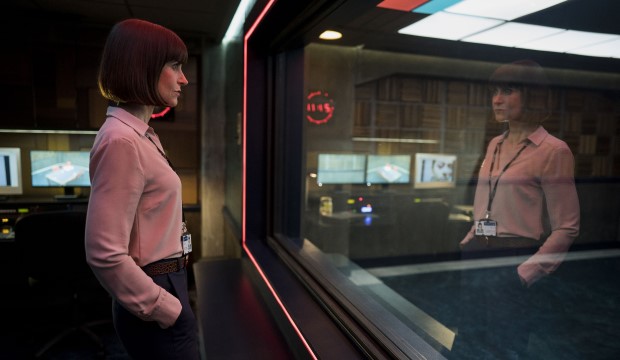 Katherine Kelly is as enticing as ever, playing the team’s stern leader Natalie, and Rochenda Sandall (Line of Duty) returns as the enjoyably introverted Vanessa. The forgettable will-they-won’t-they between Natalie and fellow interrogator Tony (Lee Ingleby) doesn’t offer much. It's cheaply stuck onto the end as if series writer George Kay was forced to conclude on a positive note.

But Kay covers a lot of ambiguous ground, crafting thrills from grey areas in law and morality. When Harington’s rape storyline looks to enter a troubling direction, towards victim-blaming, it’s saved by the questions that float and magnify over the suspect. Did he do it? Is his life now ruined? Does he deserve it? The episode leads into painful messages about the system being in the rapist's favour. Likewise, the vigilantism from Horgan’s character appears to be a good idea, until the ramifications are raised.

Revelations shock and twist in this secluded room. Although the drama’s exaggerated, Criminal’s flirtations with reality punch hard.

Criminal: UK is available on Netflix from Wednesday 16 September