With Criminal, Netflix travels across four countries to provide 12 stories of extraordinary crime: all set within the interrogation room. David Tennant stars

Line of Duty, which returned for its fifth series in March, creates realistic depictions of police interrogations in grey and featureless rooms. Mindhunter slowly explores deep, dark spaces as FBI agents interview infamous serial killers. Even A Confession (based on the 2011 Sian O’Callaghan case) shakes things up with lines of questioning outside the police station, breaking official procedure.

The new Netflix drama Criminal, which focuses mostly on the drama inside the interrogation room, has plenty to compete with. But instead of pursuing the more truthful approaches of the three shows mentioned above, this claustrophobic, dialogue-heavy anthology thriller wants to entertain more than enlighten. 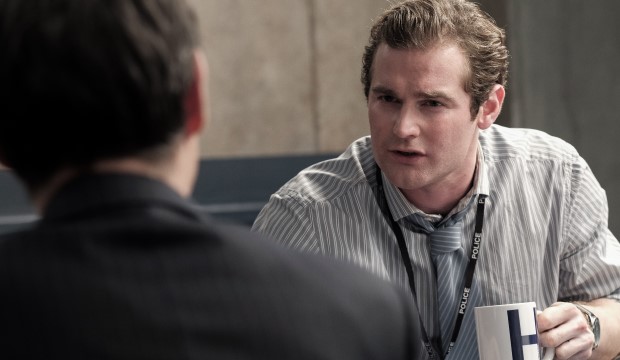 The interrogation room doesn’t exude the usual dullness; instead, it's as if a glamorous interior designer redecorated with neon lights and patterned wood. It’s understandable: who wants to spend 12 episodes (averaging 40 minutes each) inside an ugly, dreary tomb?

The suspects themselves range from fraudsters to child sexual abusers to outright psychopaths. Although there’s a different interviewee for each episode, the same detectives and interrogators crop up. The workings behind the one-way mirror continue across each iteration of Criminal, which changes every three episodes to the same premise in a different country (UK, France, Spain and Germany). Naturally, the detectives engage more than the suspects, since we spend more time with them.

However – if you binge-watch 11 episodes in a weekend, as we did – the stories on both sides of the glass become repetitive, despite the differences in each character.

The format absorbs at first: the UK series kicking off with a gripping performance from David Tennant, who plays a doctor accused of murdering his stepdaughter. But that samey structure becomes predictable, only excelling when the episodes turn hard and gruelling. The second episode of Criminal: Spain, which follows a case involving family abuse, is especially challenging. 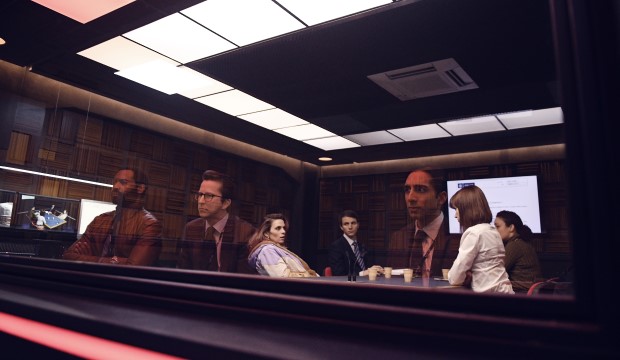 The interrogation room looks as if decorated by an interior designer

The sets and the set-ups are the same in each country, as though the interrogation room exists in a world of its own. In the divisive time of Brexit Britain, having a drama that joins European countries together feels (at first) inclusive and intriguing. Many of the episodes wield political resonances involving Syrian refugees in the UK, the 2015 Bataclan shootings in France, and the looming shadow of the Berlin Wall in a now-united Germany.

But Netflix fractures this idea, dividing the different Criminals into their own series (Criminal: Spain etc). This feels like an unfortunate misstep, probably catering toward English viewers who can’t bear dubbed voices or subtitles or the sound of a different language.

Criminal is probably a Netflix drama best enjoyed gradually, not indulged in in one sitting. The plots become as regular as the big, red, digital clock behind the mirror, and there’s not much new ground being covered here. Creators George Kay and Jim Field Smith succeed in their objective to entertain; but it's not enough.

Criminal is now available on Netflix