In Ben Wheatley's new adaptation of Daphne du Maurier’s 1938 novel, coming 80 years after the lauded Hitchcock version, Manderley exudes much of the same. 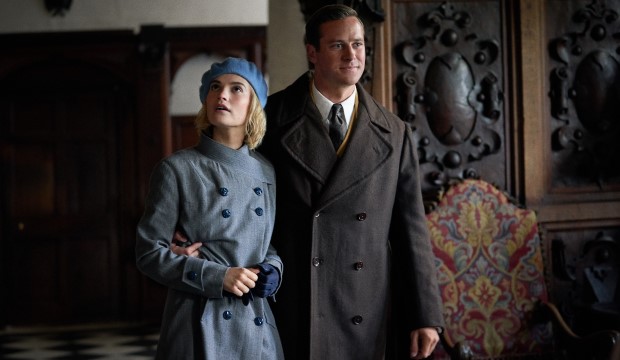 Rebecca, wife of Manderley's owner, died under mysterious circumstances, but her influence is like a phantom through the corridors. Her widower Maxim de Winter (Armie Hammer) brings his nervous second wife, the unnamed Mrs de Winter (Lily James), to the house and the latter is haunted by Rebecca’s posthumous perfection.

Lily James has tended toward mediocre movies, often being the best part about them, but here she shines her talents onto a classic role. The future Mrs de Winter starts as a kind of dogsbody to the cruel and snobby aristocrat Mrs Van Hopper (Ann Dowd) in a sun-soaked Monte Carlo.

Maxim de Winter is a yellow-suited man of wealth, and he’s staying in the same hotel. With Armie Hammer’s performances in general, it’s hard to tell whether he’s a good actor or just strikes a grippingly imposing figure whenever he enters the frame. It hardly matters: the effect is perfect. 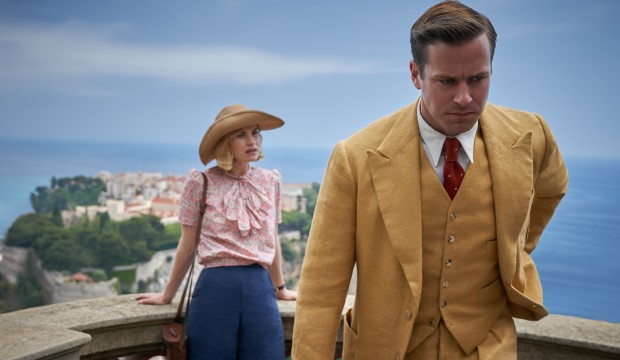 Wheatley’s vision is opulent and massive, sumptuous wealth spilling into every shot: from grand hallways to colourful suits and dresses to expressionistically craggy coastlines. This critic was sceptical when watching the trailer: it looked like another grandiose excuse for beautiful trash, harnessing those guilty-pleasure crime shows. There’s a bit of that in the film, especially as the two of them become intimately acquainted via scenic drives and seductive picnics by the sea.

But the film’s dreamy unfolding raises the quality out of a well-designed binbag and into the second Mrs de Winter’s nervous delirium. And all while maintaining James and Hammer as a gapingly attractive couple. The superb editing by Jonathan Amos (Paddington 2, Baby Driver) flicks between their scenes with a subconscious, hypnopompic rhythm. 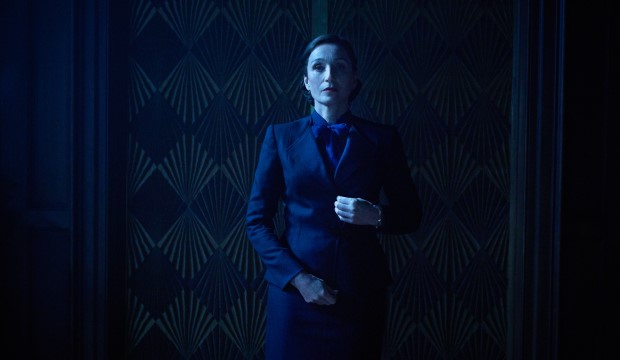 Kristin Scott Thomas provides a gloomy weight to the antagonistic housekeeper Mrs Danvers, a classic villain, psychopathically attached to Rebecca. Thomas proposes a former warmth in Danvers, frozen over by Rebecca’s death – morphing into a vindictive personality, wrapped in black.

And like her series-stealing part in Fleabag, Thomas’s Danvers speaks a lot to the struggles of being woman in that time: ‘We women… we can either marry or go into service. I’m too old for either.’ This humanity only makes her more chilling as she suddenly emerges out of shadows and doorways.

This version has a heavier emphasis on class and social standing, making it feel more British than Hitchcock’s. The servants have personalities: you see them eat and enjoy themselves, even cry. Considering the second Mrs de Winter wasn’t too far from their positions a few months prior, this creates a deep societal tension.

The film is overstuffed at times, and you wonder what a more indulgent miniseries could’ve achieved. But the tidy two-hour runtime makes the twists and turns all the more exciting and sexy and nightmarish. Wheatley clearly loves du Maurier, inserting obvious but enjoyable homages to The Birds and Don’t Look Now, while trying to ignore the ghost of Hitchcock over his shoulder. He doesn’t entirely succeed, but this Rebecca is still a colourfully modern re-imagining.

Rebecca is released in UK cinemas on Friday 16 October, and it's available on Netflix from Wednesday 21 October