The Upside film review 2 The Upside film review Ella Kemp
In 2011, Intouchables revitalised contemporary French cinema with a heartwarming drama about an unlikely friendship. The film now sits in the top 10 of the highest-grossing non-English films of all time. Fifteen months after its initial premiere at the 2017 Toronto International Film Festival, viewers who saw, loved, or couldn’t muster the energy to read the subtitles of the original film, can put their feet up with The Upside, a stultifying Hollywood rehash.

The film has taken this long to reach cinema screens due to its affiliation with the Weinstein Company, which, following Harvey Weinstein’s sexual abuse allegations, forced The Upside to sit on the shelf until STX Entertainment decided to give this film another shot.

The commitment to this story comes from a good place – at least that’s what you’d like to believe. A white, wealthy quadriplegic billionaire (Bryan Cranston) hires a black man with a criminal record and no relevant experience (Kevin Hart) to take care of him. Intouchables is based on a true story, giving this film some kind of safety net and justifying the onscreen existence of such a relationship.

The template for heartwarming togetherness that Intouchables offered has now morphed into a bubblewrapped package of heartsqueezing discomfort. There is nothing new in the way this story is being told, as what worked brilliantly before clearly got lost in translation. François Cluzet and Omar Sy (the actors in the French film) capitalised on their star status in the noughties, and shook up a somewhat stale climate of mainstream movies in France. Audiences weren’t expecting it and grew to love it, but eight years later there’s no magic left in any tricks this 2019 film halfheartedly tries to pull off. 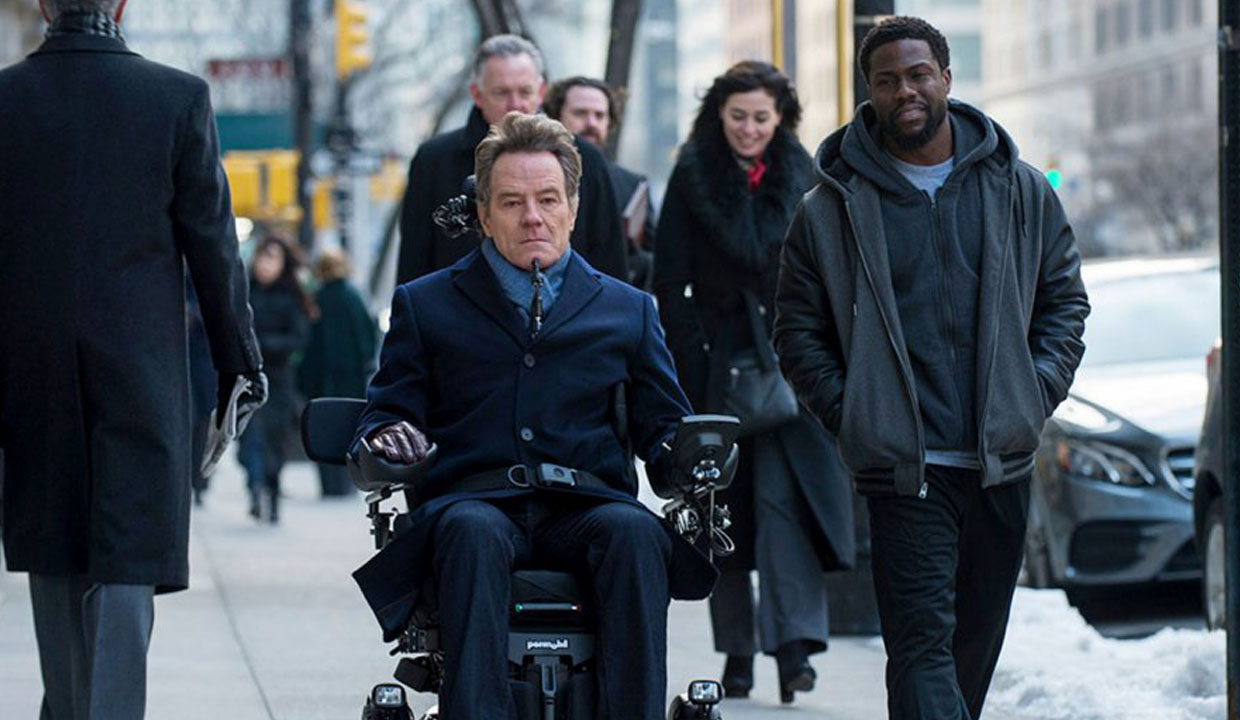 In The Upside, Bryan Cranston plays the part François Cluzet charmed the world with in 2011

It’s difficult to disappear into a world where the story matters more than the the stars who have been hired to tell it. Especially when you struggle to remember the characters’ names and have to nod at Nicole Kidman’s accent, the precise lines of Cranston’s face or the slapstick comedy so heavily relied on by Hart. Add to this the inescapable controversy surrounding Hart’s hosting of the Oscars and Cranston’s comments about able-bodied actors playing disabled characters, and the inspirational message of equality tastes a bit sour.

It feels like a great shame – the process of casting, funding, and promoting yet another remake gives attention to a project that is building from the success of a past film, whether or not it will admit to its status as a copy or claim to challenge the quality of the original. When it’s an English-language remake too, the emotional tropes are all the more recognisable within an industry dominated by endless feel-good look-glossy comedies, further flattening the singularity of what made Intouchables so special in the first place.

The original film responds to the unspoken prejudice of modern French culture characterised by 'casual' racism and quotidian narrow-mindedness. But this problem affects France in a completely different way to any other country, especially the US. The Upside now just resembles an upside down version of Green Book (this year's divisive awards frontrunner, based on real events allegedly ‘inspired by a true friendship'). And despite what the Golden Globes might have decided, it does very little in the way of good impressions.