From Princess Diana's wedding in The Crown season 4 to Dolly Parton's brand-new holiday musical Christmas on the Square, Netflix in November is both garish and fun 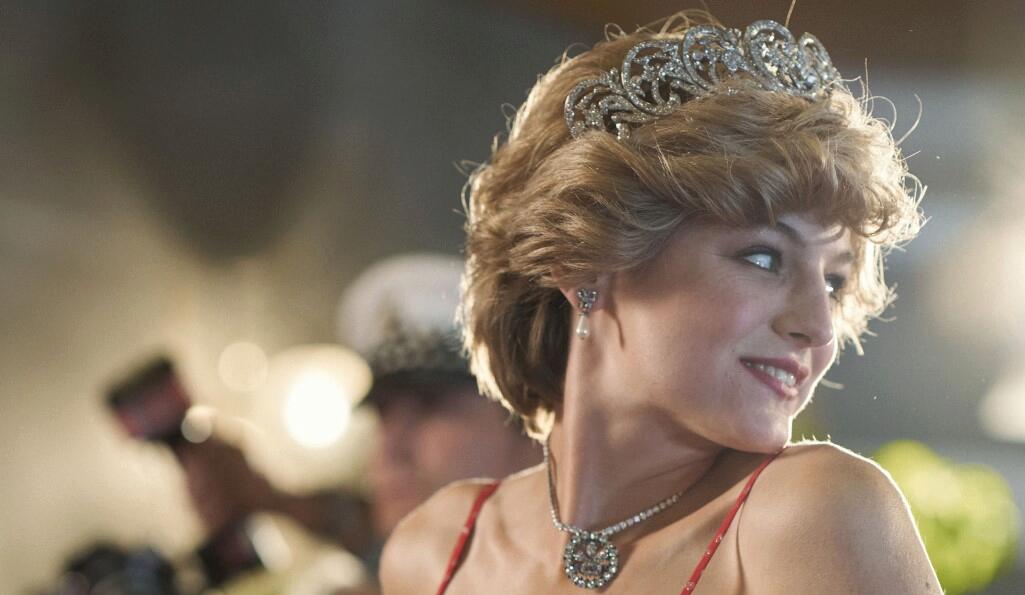 Regardless of your politics, the Royal Family is a consistent source of fascination around the world. They’re at the centre of wealth, national identity, international relations, and the fraught memory of the British Empire. Peter Morgan’s opulent Netflix drama The Crown, then, is like an entertaining and expensive history lesson. Season 4 examines the reign of Elizabeth II between 1979 and 1990.

This period saw the rise of Margaret Thatcher and the marriage of Prince Charles and Lady Diana Spencer – events still fresh in many people’s minds. Morgan has a habit of stretching the truth for drama, so it’ll be curious to see his version of events. All the usual cast are returning, including Olivia Colman and Josh O’Connor, with Gillian Anderson and Emma Corrin playing Thatcher and Diana.

When you see actors transform themselves for the stories they’re telling, you can hear the mental bells of Oscar season. Amy Adams and Glenn Close star in this upcoming Ron Howard adaptation of JD Vance’s memoir Hillbilly Elegy, written about Vance’s working-class family. As seen in the trailer, Adams and Close look prepped to shine their awards – playing Vance’s mother and grandmother.

Vance (portrayed by Gabriel Basso) escapes his life in the Appalachian region of the US and serves as a Marine in Iraq. Upon returning, he trains as a lawyer at Yale. When his life finally seems to be coming together and he's about to land his dream job, a family crisis happens and he’s forced to return home.

This was a curious departure for David Fincher, who tends to plunge into the deep and terrible darkness of humanity with films like Seven, Zodiac and Fight Club. Benjamin Button shows his softer and more magical side, telling the story of a man who lives his life in reverse-order: emerging as an old man, and dying in childhood.

Brad Pitt stars as the titular marvel of science, never getting any older. Written by Eric Roth, who also wrote the remarkably similar Forrest Gump, Benjamin lives through many historical moments in American history. He meets the love of his life (Cate Blanchett) and, when their ages synch together, they’re able to fulfil that bond. It’s a weird one, but well worth your time.

In the last 20 years, Stan Lee’s famous creation Spider-Man has enjoyed many movie versions. Starting with Tobey Maguire, then Andrew Garfield, before finally settling on Tom Holland for the Marvel Cinematic Universe.

Another joined the mix in 2018, but proved one of the most successful adaptations of Spider-Man ever put to screen. Into the Spider-Verse introduces five Spider-People as the multiverse is shattered and dimensions collide with each other. Yes, it’s confusing, but that’s all part of the beautifully animated fun.

The number of A Christmas Carol iterations and inspirations must be reaching into the infinite by this point, covering all sorts of ridiculous combinations. At least two feature Dolly Parton. 2020 has been a weird and stupid enough year to deserve a third. It’s the over-the-top Christmas movie you’ve been waiting for: Dolly Parton’s Christmas on the Square.

The musical stars Mamma Mia’s Christine Baranski as the spiteful Scrooge character Regina Fuller. Regina returns to her small hometown after her father dies, only to sell the land to a mall developer in the days leading up to Christmas. But when she’s visited by a guiding angel (Dolly Parton, of course) she begins to reconsider her selfish ways. The film features 15 original songs penned and sung by Parton herself.

Friday 6 November
Spider-Man: Into the Spider-Verse

Friday 13 November
The Life Ahead

Tuesday 17 November
We Are the Champions