2 CW readers are interested
The Queen's Gambit, Netflix review 5 The Queen's Gambit, Netflix review Euan Franklin
The best writing makes the viewer a genius. If you’re not into chess, The Queen’s Gambit makes you feel ecstatically intelligent while knowing barely anything at all. You can look at those 64 squares on the board and see nothing but a sterile, antiquated pastime you were encouraged to play at school. Chess requires eager strategy, mathematical skill and analytical foresight: elements that are difficult to glamourise on television, especially within the lavish and obviously expensive setting of 60s America.

But writer/co-creator Scott Frank works wonders with his limited Netflix series. For Elizabeth ‘Beth’ Harmon, our heroic chess prodigy, those squares inhabit an entire world under her control. 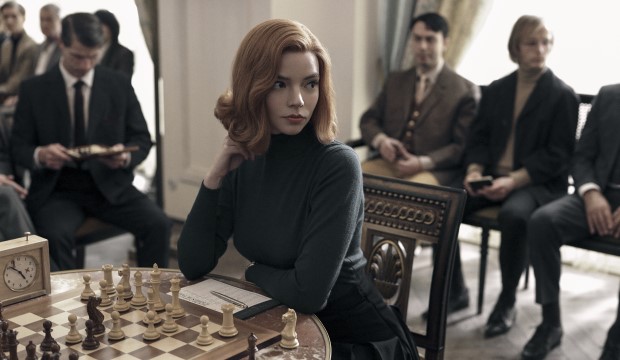 You first meet Beth (an always-enrapturing Anya Taylor-Joy) hungover, struggling out of the bath in the dark with her dress still on. She’s a chess champion, and she’s late for the match of her life. You don’t know the opponent yet, but you will – growing through the series as the ultimate antagonist.

The story steps backward into her past: spending her younger years in a strict orphanage. While there, she's fed state-sponsored tranquilisers, beginning Beth’s drug addiction. She befriends the janitor, Mr Shaibel (Bill Camp), who teaches her chess in the basement.

Swallowing the tranquilisers at night, as advised by her older and rebellious mate Jolene (Moses Ingram), she sees the ceiling shadows morphing into giant chesspieces – hanging down like erudite stalactites. She pictures the moves, predicts the outcomes. 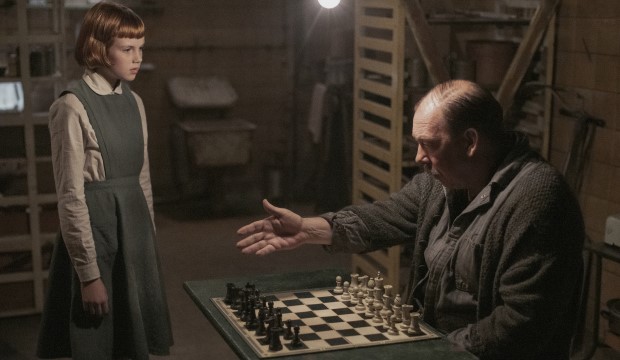 It’s a tall order for a child actor to take on – a chess genius and a young drug-addict – but Isla Johnston achieves bleak and beautiful results as the nine-year-old Beth. She’s an unforgettable memory. Her manner is cold and inexpressive, the weight of her short and tragic past pressing heavier on her shoulders, drifting into a drowsy zombie mode as the tranquilisers hit her system.

Anya Taylor-Joy naturally improves on this, being one of the most exciting and absorbing young actors working today. Beth is eventually adopted by a withering couple, Marielle Heller playing the alcoholic stepmother Alma Wheatley. Alma has all the cliched potential of a spiteful, fairytale villain, but here she’s allowed to breathe – summoning up a loveable appeal as the series proceeds.

As Beth moves through adolescence without many social skills, she enters (and wins) more tournaments while battling misogynistic presumptions and the new world of sex and drugs and rock 'n' roll. This includes a tour around America, as well as Paris and Moscow. During this pandemic, these picturesque locations are a godsend. 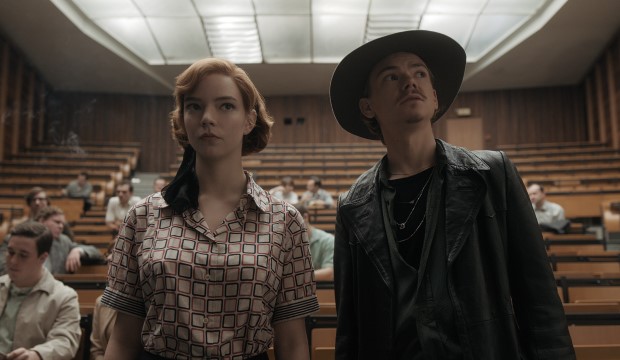 It’s hard to say whether real chess tournaments inspire as much excitement or as many vivid characters as depicted here. There seems to be a deliberate effort to de-nerdify the game, especially with the introduction of fellow chess champion Benny (Thomas Brodie-Sangster). He’s the pinnacle of cool and dangerous (two traits you wouldn't usually associate with chess) and looks extracted from a Stephen King novel: long black leather coat, cowboy hat, goatee, a knife sheathed in his belt.

More than this, Scott Frank isn’t lazy with the non-geniuses in Beth’s orbit – there’s no academic snobbery. Everyone has their intellectual strengths and hobbies; being a janitor or a housewife hardly matters.

These eccentric personalities only enhance the experience, dropping into an entertaining if fantastical world many of us wouldn’t fully understand. The series doesn’t lecture you about chess as much as throw you into the thrilling significance of every move – blasting it with Shazamable music and quickfire visuals. Every game is choreographed like a seductive dance you can’t look away from.

Frank romanticises chess, garnishes it with action and ambition. And with the Soviet vs Americans cherry-on-top conflict at the end, evoking the Cold War, The Queen’s Gambit is like Rocky IV with a chessboard. Even though it's a limited series, this critic would love another game.

The Queen's Gambit is available on Netflix from Friday 23 October