From David Fincher's examination of Citizen Kane in Mank to a final farewell to Chadwick Boseman in Ma Rainey's Black Bottom, Netflix in December is both cold and colourful 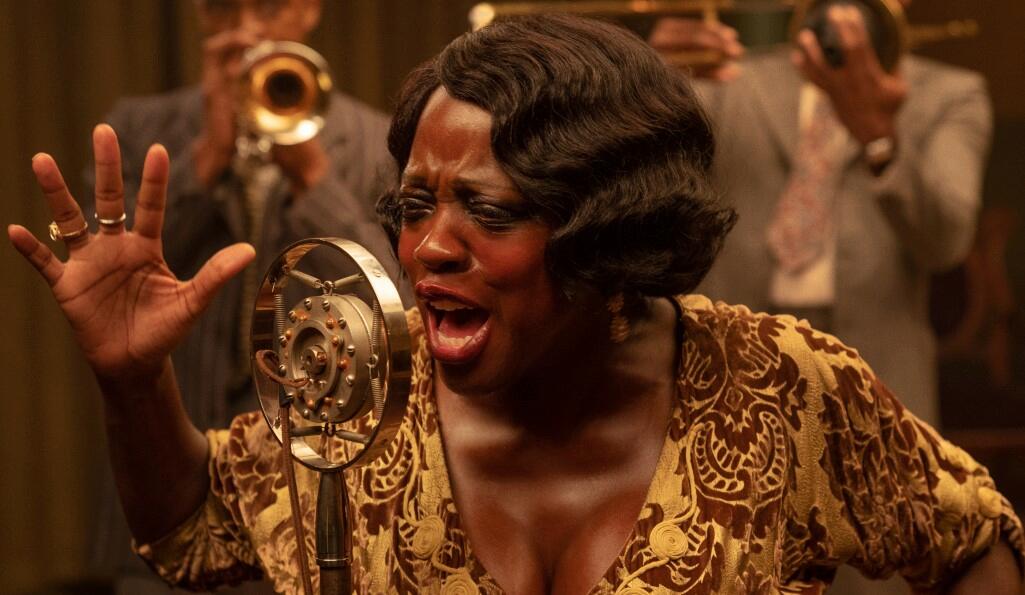 
David Fincher has spent most of his career in the shadows of criminal underworlds, directing films like Se7en, Fight Club and Gone Girl. But there have been odd departures, most notably the Aaron Sorkin-penned drama The Social Network, often cited as the best film of the 2010s. His new film Mank feels like one of those departures, examining the making of what’s considered the greatest film of all time: Citizen Kane.

Based on a script written by Fincher’s late father, the film looks at the possibility that renowned auteur Orson Welles wasn’t the true genius behind his 1941 classic. That honour should have gone to Herman J Mankiewicz, the writer. Fincher evaluates the strange world of 30s Hollywood, shooting in crisp black-and-white with Gary Oldman as Mankiewicz. Amanda Seyfried and Lily Collins also star.

George Clooney is no stranger to space. He starred in Steven Soderbergh’s remake of Solaris, and dazzled more recently in Alfonso Cuarón’s Gravity. The difference in The Midnight Sky, which he’s also directing, is that he’s on the ground.

Instead of helping astronauts land or take off, he deliberately prevents them from returning to their home planet. Or tries to. Earth has turned into a post-apocalyptic wasteland, unrecognisable as any kind of home.

Clooney plays Augustine, a lone scientist who lives in an Arctic research centre with his daughter. He sees that the famous spaceship Ether is coming back to Earth, and he needs to send out a warning message. The only way to do that? By crossing the icy desert to reach a communications station.

2020 has been a traumatic year, and the death of Chadwick Boseman hit the film world hard. The Avengers star was best known for being Black Panther, the first black superhero in the Marvel Cinematic Universe. More recently, he played the catalytic Stormin’ Norman in Spike Lee’s Da 5 Bloods, in a nostalgic and thunderous role that sears even more in light of his death.

Ma Rainey’s Black Bottom is Boseman’s final film, in which he stars alongside Viola Davis. Adapted from the play by Pulitzer winner August Wilson (Fences), the story's set in 1920s Chicago at a recording session for black musicians. Ma Rainey (Davis), the ‘Mother of the Blues’, fights with her white manager over control of her music.

Ryan Murphy has to be the most prolific writer/director/producer in the TV world. After developing Hollywood, Ratched, The Boys in the Band and The Politician, he’s rounding off the year by directing a new movie musical.

With a starry cast that includes Meryl Streep, Nicole Kidman, James Corden, Kerry Washington and Tracey Ullman, The Prom follows a gay high-school student who's desperate to take her partner to the end-of-year dance. But the PTA doesn’t think a lesbian partnership is appropriate for its school, and so her dreams are dashed by homophobic authority.

Enter the Broadway darlings (Streep, Kidman, et al), who need a miracle to resurrect their careers. They hear of this local predicament, and support her cause. Be ready for bright colours, lavish sets, and catchy tunes. A perfect dose of escapism for this pandemic winter.

What is it about ballet that attracts such dark storylines? Particularly in recent years, with movies like Black Swan and the Suspiria remake, the artform has adopted creepy associations under a cinematic light. Tiny Pretty Things looks to follow that trend, though clearly in the realms of a trashy crime drama.

As with Suspiria, the series begins with the death of a student at a prestigious ballet school. Because of this lethal opening, the young dancer Neveah (Kylie Jefferson) wins a place at the school. But she realises quickly that it’s holding many dark secrets.

Since its release in 2001, the struggling 32-year-old Bridget Jones has been something of a cult icon in both cinema and literature. In recent years, Bridget Jones’s Diary has been criticised for being antifeminist in its body-shaming moments. However, it’s still one of the best representations of women trying and failing to balance being mature with conforming to pressured gender expectations – all within a rude, crude and hilarious setting.

Bridget is looking to finally take control of her life, which means cutting out alcohol and tobacco. Also, she’s trying to find a good man – falling into a legendary love triangle between Colin Firth and Hugh Grant, the biggest names in British rom-coms at the time.

Although Colin Firth will forever be the definitive Mr Darcy, Matthew Macfadyen does a pretty good job too. This Oscar-nominated adaptation by Joe Wright, who went on to direct Atonement and Anna Karenina, offers many unforgettable performances. Keira Knightley, Carey Mulligan, Rosamund Pike, Donald Sutherland and Judi Dench enliven Jane Austen’s prose into a cinematic form.

Although Austen can feel soapy and clichéd by today’s standards, relaxing into her best-known story provides an escapist comfort. We could all use that after Christmas.

You can see Austen’s influence every year in TV period dramas, and Bridgerton is the latest. Rigid family structures, class anxieties and opulent sets abound. However, following in the steps of the recent Vanity Fair and Sanditon adaptations, this new series looks to have a flair that’s less stuffy and more sexy – ideal for Christmas Day…

Daphne, the eldest daughter of the Bridgerton family, embarks upon Regency London’s competitive marriage market. But that system is thrown into disarray and disrepute once the mysterious Lady Whistledown publishes a scandal sheet, in which she casts aspersions against Daphne. Julie Andrews narrates.

Wednesday 9 December
How to Get Away with Murder, season 6
Rose Island
The Surgeon’s Cut

Wednesday 16 December
Anitta: Made In Honório
The Ripper