The Last Black Man in San Francisco won awards for Best Directing and a Special Jury Prize at the 2019 Sundance Film Festival.

At once a love letter to a person and a place, The Last Black Man in San Francisco blooms as a story of one person retracing their steps to find a sense of identity, that somehow stretches out to deeply affect anyone lucky enough to witness it.

In vivid, warm hues, a city is brought to life with the innocent optimism worn by a tourist, and yet with the detail that only a perfect local could know. The film, partly autobiographical, tells the story of Jimmie Fails – and he tells it himself by starring as the title hero. Joe Talbot, a childhood friend of Fails, directs the picture with vigour and empathy. Always listening, never intruding.

Fails is mesmeric, skating through the streets of San Fran and pausing to pierce the camera with a soulful, lonely stare. He’s moving and standing next to his best friend Montgomery Allen (brought to life so sensitively by Jonathan Majors), as the two wait for buses and search for houses in the city they’ve loved to the point of hatred, without ever being able to untangle the two emotions.

The story broadly retraces Jimmie’s quest to reclaim a house in the city that he proudly tells everyone his grandfather built. New owners and frequent passers-by are informed of this unlikely connection, but the journey is always seen through the eyes of the loyal heir. 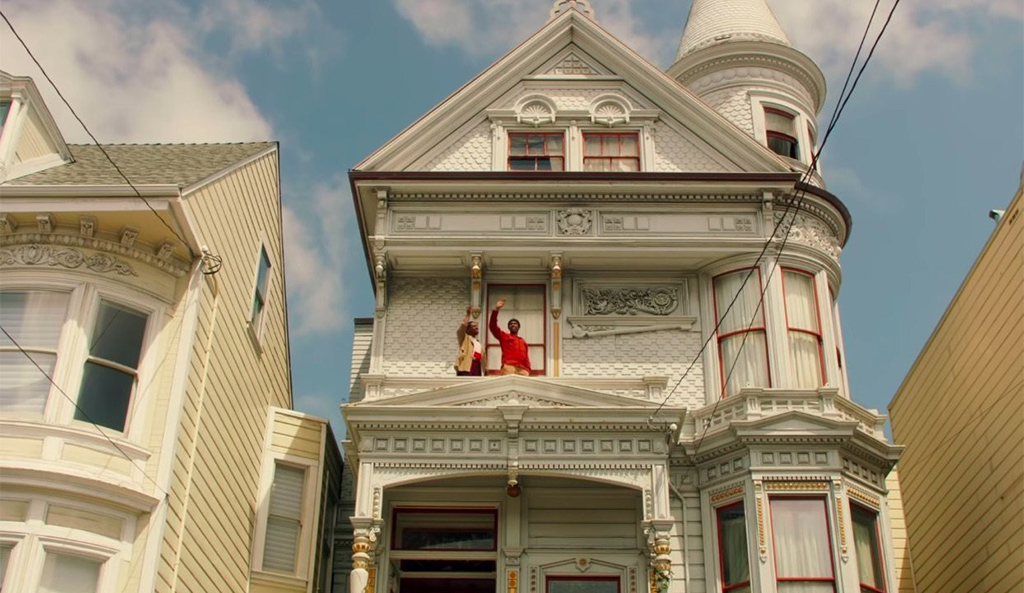 What unfolds is something that denies an easy solution – there’s nothing cruel about this drama, but enough weight to make the strain in Jimmie’s body language earn credibility.

The extent to which both performances are heartbreaking is emphasised and framed by ingenious direction that makes this personal story feel like a fairytale carefully woven for everyone. Emile Mosseri’s astonishing, invigorating score is the composer’s first – and it’s unquestionably one of the greatest of this year, perhaps of the last few.

Beauty pours out of The Last Black Man in San Francisco and it asks to be felt with every sense. In the way Jimmie and Montgomery grow as individuals while always nurturing an unwavering friendship, they feel like old relatives caring for what matters the most, whatever the cost.

There is no restraint when it comes to love, and yet a permanent sense of refinement, of mastery of this material and deep, brave talent from the artists choosing to share this story.

It’s as if there’s a gently swaying, breathing aura around the film, inviting and enveloping the viewer into this precise moment in time. It might not be your intimate memory, but such a precious relic belonging to anyone is crucial to hold onto.

Reviewed at the London Film Festival 2019. The Last Black Man in San Francisco is now available on Sky Cinema and Amazon Prime Video

The best drive-in cinemas in London