With a wistful look back on a life lived with immense feeling, Pain and Glory ignites Spanish veteran Pedro Almodóvar's return to the big screen with slow-burn soulfulness.

The film gives Antonio Banderas the tender role of a lifetime, as a fraying film director revisiting the fragments of emotion that have flavoured his life. If it sounds like familiar territory, Almodóvar admits this film left him 'emotionally naked' – there’s charming metatextuality from a sensitive auteur with stories still to tell.

As the artist within the fiction, Salvador Mallo, Banderas wears pain in his bones – tinnitus, wheezes, insomnia, migraines, you name it, he suffers from it. His physical aches take up arms with his everlasting soft spot: for his craft, for the people he holds dear.

Almodóvar masters this balance between the title’s two maxims, as he captures the later stages of a life that still feel passion intensely, but which offer more subdued adrenaline. Pain and Glory is less electric than the filmmaker’s earlier and more impassioned melodramas, but no less colourful.

Gently rocking between Salvador’s childhood with his mother (a luminous Penélope Cruz in flashbacks) in the caves of Paterna and his adult isolation in Madrid, the film casts a compassionate stare on its romantic protagonist. As a young boy, Salvador is a self-educated curious child, soloist in the school choir and curious about the people around him. 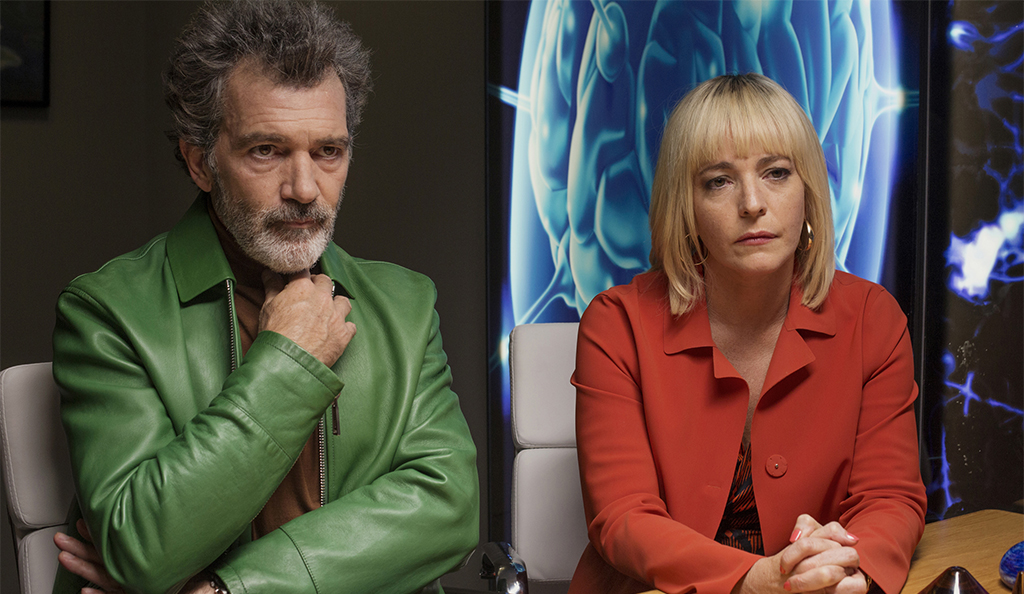 Antonio Banderas and Nora Navas in Pain and Glory

In the present day, the ailing artist reconnects with an actor, a lover, and discovers a love for heroin. The dragon is what drove him away from his professional collaborator some twenty years prior, and now offers moments (never nightmarish) of relief for his discomforts.

Where some overeager directors might relish any one of these plot points as material for tragedy, Almodóvar carefully contains every one of these emotional prompts and lets the diverging elements coalesce, and breathe a melancholic current over the picture.

Is Pain and Glory the auteur’s swansong? It certainly seems mature, as if the film could not exist without the passionate years that have informed it. Banderas brings ageless charm to the role, and the character thrives from his naked earnestness.

This is no introduction – cinephiles looking for an entry-level portrait of an artist may leave underwhelmed. But those who have followed Almodóvar, through all of his upsetting and melodramatic trademark statements, are welcomed back home. His farewell is one that is delivered with unreserved love.