Nowadays, it’s customary for American TV dramas to replace story hooks with film stars – masking their formulaic premises. The hook of Mare of Easttown is Kate Winslet, who plays a small-town detective investigating a series of missing and murdered girls.

You're introduced to Easttown, Pennsylvania, in either late autumn or during a snowless winter. It's a place of cold breath and dead trees, portentously still: a town that’s waiting for something horrible to happen. The residents and their stories spark enough intrigue to easily binge the hours away, but writer/creator Brad Ingelsby rarely finds anything unfamiliar, unique, or even compelling in the setting. Except, of course, for Winslet.

Ingelsby builds a locally appealing Americana atmosphere, the sort you see in the Fargo TV series or in books by Stephen King. He refreshingly prioritises the community of characters over the inevitable murder, which pushes the residents under suspicion. You get to know them and like them, dislike them and hate them.

Detective Sergeant Mare Sheehan (Winslet) patrols around, sourly sorting out minor and major issues in the town. She knows everyone, everyone knows her. The local problems can be enjoyably funny, which is one of the series’ greatest assets – especially in a genre so drowned in darkness.

And despite wielding a generally moody personality – contrary to the surrounding friendliness – Mare’s great at empathy. Whether that’s genuine or functional for the job remains to be seen, but Winslet perfectly captures that tricky dynamic: caring for others and their delicate situations, while exerting a cold but charming nihilism. 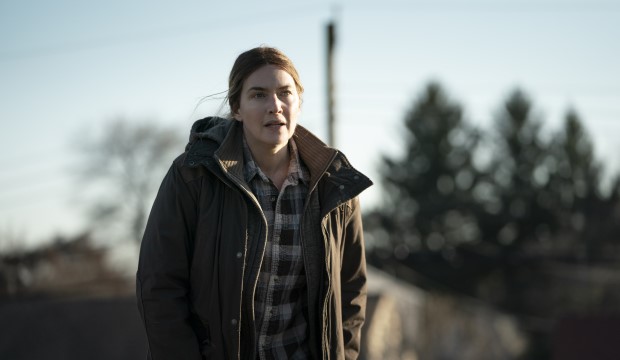 As well as dealing with an old couple ringing about a potential pervert, which opens the series’ comedic potential, Mare lives in a shadow of failure. A local girl, Katie Bailey, disappeared one year prior and she still hasn’t been found. Katie’s mother Dawn (Enid Graham), who has cancer, is desperate to see her again and pursues a town-wide protest against police incompetence.

The series deals in many shades of existential disappointment. Mare meets and fancies the one-hit writer Richard (Guy Pearce), who can’t repeat his first victory. The delightfully upbeat county detective Colin Zabel (WandaVision’s Evan Peters) drunkenly monologues to Mare about not being the man he wanted to be. And Mare carries a tightly held, unexpressed grief over her son’s suicide, the burden and guilt from which also spread across her complicated family. 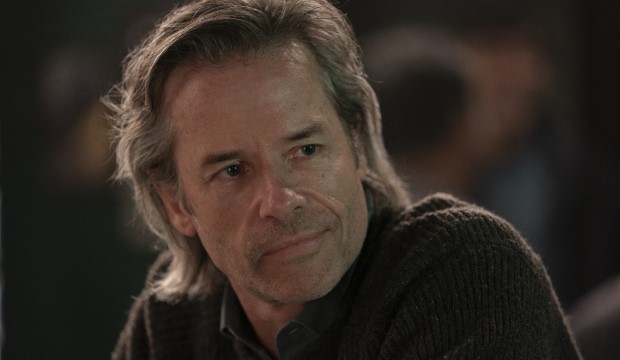 Although Mare’s character keeps you watching, Ingelsby spreads his story-net too wide. He drops into the lives of a lot of people, spinning a superfluous tableau of citizens without much purpose – overfilling to the point of comedy. Do we really need to know about that friend’s marital problems? Or that neighbour’s mentally unstable brother? Or Mare’s daughter’s relationship status? Or her grandson’s tortoise?

Ingelsby is clearly influenced by the eclectic township of Twin Peaks, in which the murder is the least interesting part of the story. But he can’t really decide whether plot or character should take the wheel in Mare of Easttown. And even when Mare makes a breakthrough in her case, it’s disappointingly disconnected with the many, many characters you've met. In that respect, the story feels like a first draft: exploring so much, testing so many directions, that the main point is sporadically lost and refound.

And yet, after watching the five episodes available to review, this critic is still curious where Mare will go next.