Granted: this critic hasn’t seen every Ewan McGregor movie, but it's safe to say the actor rarely gives a dry performance. Even in the much-maligned Star Wars prequels as Obi-Wan Kenobi (to be continued in the upcoming Disney+ series), he brought wit and charm to a franchise that didn’t deserve him.

Halston comes close to not deserving him either. This five-part Netflix biopic of renowned fashion designer Halston – co-written and co-produced by Ryan Murphy – is entertaining enough, but wouldn't be half as enjoyable without McGregor. He provides a camp, over-confident and infectious comedy value, even when the character is a nasty tyrant.

And that nastiness is inventive: the insults crafted like a bohemian version of The Thick of It. It’s like Halston has a catalogue of incredible zingers, ready to unleash with perfect diction. When he’s in his studio early on, looking at and despising someone else’s design, he says it ‘looks like a prom dress, but for a Martian’. 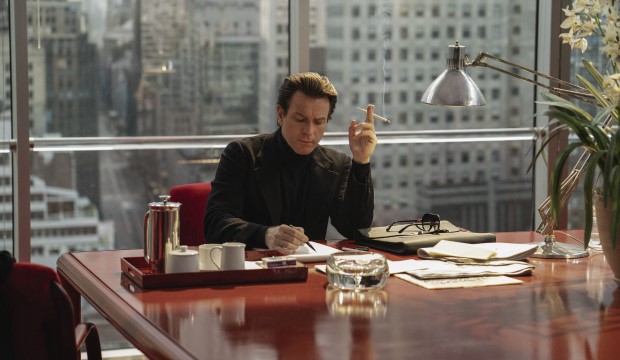 The series traces the origins of Roy Halston Frowick: from making feather hats for his abused mother to barking orders in his tall office in New York. Starting in the 60s, you see his success at designing Jackie Kennedy’s hat. Fast-forward to '68, and he’s insulting her for not wearing hats any more. That period is excitedly captured, though lacks a satisfying level of nostalgic indulgence.

The ‘queers and freaks and girls who haven’t grown up yet’, as Halston describes his workforce, come out of their shells – spelling a new era of freedom. The excellent soundtrack embraces that punky, rebel atmosphere, with perfect needle-drop moments from David Bowie and The Velvet Underground.

Halston haemorrhages money, but his aesthetic instincts graze the divine. The series embraces and invigorates the sartorial aspects, taking obvious pleasure in the craft, like those biopics with painters brushing canvases and authors bashing typewriters.

The journey of the artist prior to their fame is, usually, the most gripping aspect of their lives. But to its detriment, Halston continues past the struggle and into the stardom. The second half (aka the half with all the drugs) strips away most of Halston’s likeability, turning him into an unpleasant mess without exploring much of the psychology behind it. 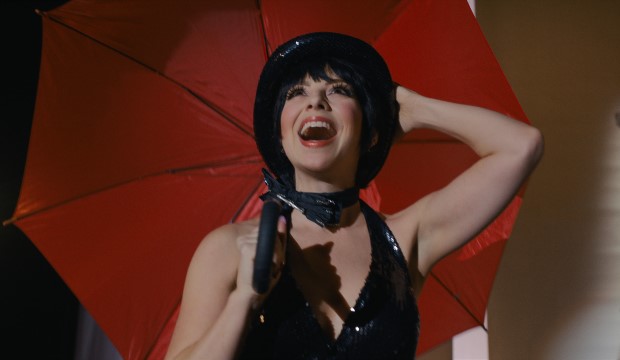 There are some scenes with Vera Farmiga, playing a fragrance expert, that dive into Halston's past via the smells that summarise his life – including his boyfriend’s jockstrap. But these barely expose anything the series hasn’t revealed already, wasting an opportunity for some curiously bizarre character-building.

Once his fame is secured, Halston’s entitled behaviour becomes harder to find charming – even with McGregor’s consistently brilliant performance. The series descends into a very awkward and very familiar direction, while skimming over important contexts. It’s remarkable, for instance, how quickly the Aids crisis is dealt with.

Any project with Ryan Murphy attached tends to throw everything at a massive, sumptuous wall, but few things actually stick here. Even five episodes feels indulgent, treading fabulously but dangerously close to a banal biopic.

Halston is available to watch now on Netflix