A team of seamstresses are streaming in to begin a day’s work of frantic threading and sewing. As the curtains are thrown open, the soundtrack rises up with a swirl of strings from a soft bed of muted piano.

This opening scene is potentially swoon-inducing, and a fitting set-up for a film invested with all the glamour of a bygone era of cumbersome and curvaceous automobiles, cravats and high society élan. But lurking just beneath its meticulously groomed surface is plenty of messiness, caustic humour and, in fact, downright silliness. 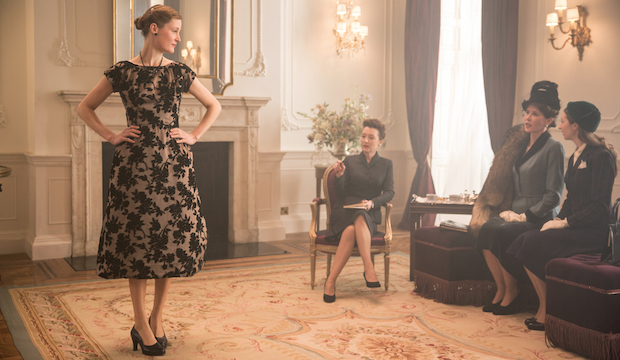 Paul Thomas Anderson – responsible for many other brilliantly realised films such as Magnolia and There Will Be Blood, his other Daniel Day-Lewis collaboration – performs nothing short of magic with Phantom Thread. It’s like watching plate spinning, and just as mesmerising; when it looks like everything is going to fall pieces, somehow it regains its equilibrium.

Daniel Day-Lewis’ supreme performance as the charismatic fashion designer Reynolds Jeremiah Woodcock (the name says it all), head of the House of Woodcock, is also a captivating balancing act. He flits between incredible charm and poise to equally incredible childish theatrics.

His complex man-child is, in turn, balanced by little-known European actress Vicky Krieps who plays Alma, the German waitress Woodcock falls for when she takes his breakfast order (surely one of the best scenes in modern cinema). She’s swiftly whisked away to London as the designer’s lover and muse. 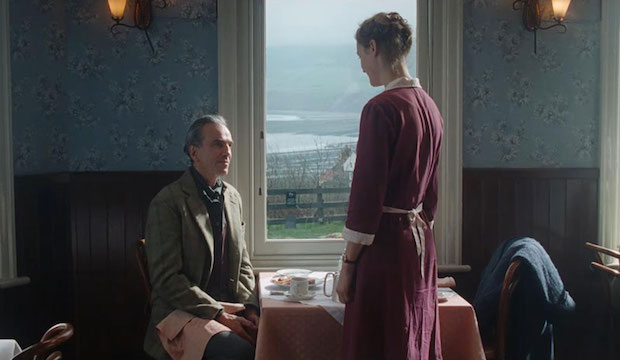 The troublesome twosome is buttressed by Woodcock’s protective sister, Cyril, played with the utmost composure by Lesley Manville, who knows the patterns of her brother’s tantrums and desires all too well – and to which Alma soon falls prey. But she doesn’t take it lying down.

Alma counters Woodcock’s cantankerousness and grumbles about his disrupted morning work routine (breakfast becomes a battleground) with sinister and unexpected bids for attention and affection. The ensuing power play is at turns tense and tender.

Phantom Thread may be a period piece, like so many of the others films up for Academy Awards in 2018, but it is imbued with a real sense of timelessness. At times, it feels like a fairytale; there are outfits and aristocrats so outsized they could have come out of Disney. 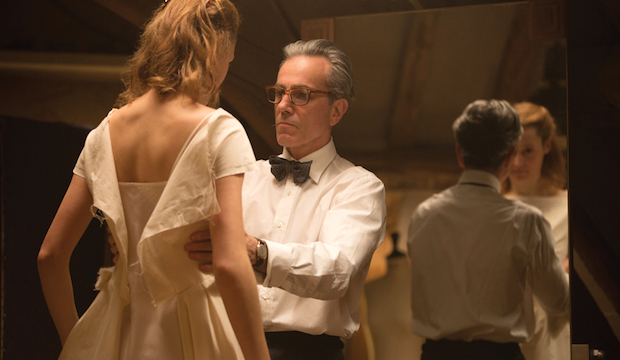 Its ability to swim free of its setting is underscored by the outrageously infectious soundtrack, which exchanges 50s doo-wop and rock 'n' roll for delicate chamber pieces from the hand of Radiohead member Johnny Greenwood.

All in all, Phantom Thread is a complex yarn and you continue to follow all of its threads well after its plot has unraveled.

Of course, the film is also meant to mark the winding up of Daniel Day-Lewis’ on-screen career. The actor claims he is going to take up tailoring in his retirement – apparently he was inspired when picking out his costumes for the film on Savile Row. Even if this is true, Phantom Thread is a strange swan-song, and a soaringly beautiful one. 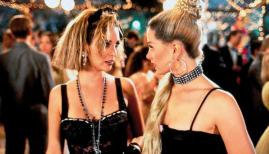