A well-intentioned George Clooney-Coen brothers project, Suburbicon tries to get to the heart of America’s biggest issue but ends up on the very outskirts of acceptable

1 CW reader is interested
Suburbicon film review 2 Suburbicon film review Daniel Lewis
Suburbicon feels like exactly the sort of film a bunch of ambitious young filmmakers would dream up and scribble on the back of a used napkin after a few too many drinks: a satire on 1950s American suburbia enacted through a blackly comic murder mystery plot interwoven with a civil rights drama.

Those filmmakers would have the excuse of intoxication and inexperience, but sadly the same can’t be said for the people behind the camera in this case.

Suburbicon is written by the Coen brothers and directed by George Clooney (who also had a hand in the script). Unfortunately, these talents are squandered in a film which suffers from an overcooked premise and which manages to undercook all its elements.

The opening of Suburbicon feels eye-rollingly predictable – which is part of the point. An African-American family move into a tranquil picket fence suburb and their presence puts the all-white residents on edge.

Seemingly immune to this ‘disturbance’ is the family next door – Gardner Lodge (Matt Damon), his wife and sister-in-law (both Julianne Moore) and his son (Noah Jupe) — who are getting on with their life as normal.

The normality of that life is quickly called into question, though, as we begin to work out that Gardner Lodge has gone to some serious extremes to ease his money woes.

And so the two stories chug along side by side, as the neighbourhood’s racism grows more hysterical and the Lodges pile up an embarrassing number of corpses.

Suburbicon attempts to lampoon the primness of 1950s white America — Clooney’s quirky nostalgia is suitably sugary — all while showing up our sustained ignorance of African-American stories. In this respect, the film is supremely well-intentioned and that the film’s two strands never really coalesce is not a huge problem.

What is a problem is that both story lines fall lamentably flat.

The crime-comedy side fails to conjure up many laughs or suspense (a task which seems to have been left entirely to the score). Damon and Moore are uncharacteristically deflated too. Only Oscar Isaac, who plays a charismatic insurance man, manages to breath some life into the film — but he’s only in it for ten minutes. 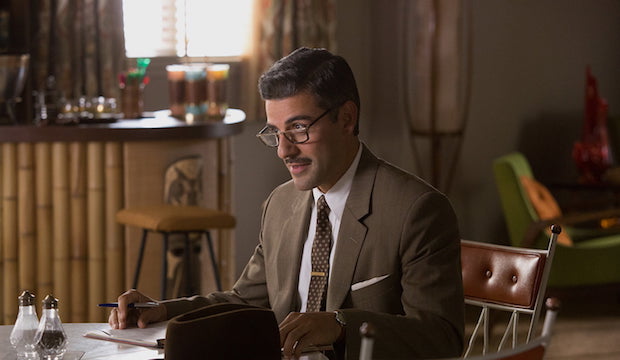 And, on the civil rights side, you can count the number of lines the black family get to say and so there’s absolutely no hope of any character engagement there.

Apparently the Coen brothers wrote the script near the very beginning of the careers as screenwriters — perhaps as young ambitious filmmakers who had had a few too many drinks.

In the end, the film is not outright terrible but they might have done well to throw away that used napkin and start over again.