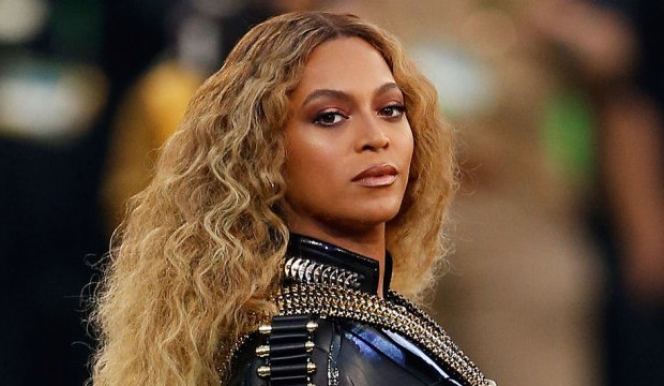 Beyoncé's will star as Nala in the upcoming live action remake of The Lion King
We were hugely disappointed when Beauty and the Beast was released earlier this year, not least because of some serious casting issues. Emma Watson probably wouldn’t pass the Turing Test, Dan Stevens isn’t less dull for having horns and a tail, and Luke Evans is just too damn nice.

Disney seems to be doing a significantly better job with its casting for the upcoming live action remake of The Lion King. We more than approve of Simba and Nala being voiced by Donald Glover and Beyoncé, and as we already well know, James Earl Jones is the perfect Mufasa.

This got us thinking – if we were in charge of casting any future Disney live action reboots, who would we pick to play our favourite childhood heroes and heroines? If these CGI-laden remakes are going to keep being made, let them at least be done well. Nobody wants another Beauty and the Beast..

So without further ado, let the casting begin!

For Herc himself, we picture John Boyega – the Star Wars actor has the right amount of muscle, eagerness, and naïve charm. But everyone knows the real hero of Hercules isn’t Hercules: it’s his love-interest, Meg.

Cynical and self-deprecating, with a sex-positive attitude and a voice that’s as dry as a martini and smooth as a Marlboro, Meg mocks everything around her. And whereas Belle is bullied into a romance by the Beast, Meg pre-empts contemporary attitudes to consent: ‘You know how men are. They think ‘no’ means ‘yes’ and ‘get lost’ means ‘take me, I’m yours’.’

Aubrey Plaza is the only actress with the chops for Meg. Make it happen, Disney overlords. And while you’re at it, get Robert Downey Jr. to do Hades.

Terrance Malick already did a live-action take on the Pocahontas legend, but neglected to include any songs. Why, Terry? Do you think that delicate interrogations of the colonialist mentality is better than ‘Colours of the Wind’? A remake could remedy this, as well as making more of the love triangle between John Smith, Pocahontas, and John Rolfe.

Two things are certain: the role of Pocahontas should go to a Native American actress, perhaps someone unknown; and only Chris Pine has the eyebrows, eyes, and cheekbone-to-jawbone ratio to play John Smith. Tell us we’re wrong. We dare you.

The Hunchback of Notre Dame

Jessica Szohr (Venessa from Gossip Girl) could make a shimmying, smokey-eyed Esmerelda, and let’s just use Chris Pine again for Captain Pheobus. But who’s going to play Quasimodo? Who’s going to make him the right mixture of lumpy and loveable?

Step up, Nicholas Hoult, a man who could still seem puppyish under three feet of prosthetics.

Emma Stone is too sardonic, Anna Kendrick is too zany, and Lily Collins is not much of anything. NEXT!

Hailee Steinfeld, however, has perfected her bolshy teen act in True Grit and Edge of Seventeen, and we know she can sing from Pitch Perfect 2. It’s a bit of a left-field choice, but we stand by it.

Prince Eric has no discernible personality traits, so Sam Claflin should be perfect.

It had to be done. Sorry, Russell.