Pirates of the Caribbean: Dead Men Tell No Tales review: ★★★★★

This refers both to its predictability and the sheer embarrassment of action on show. It does everything. The film-makers have thrown all the paint at the canvas, filling every square inch, which is a feat given the humongous size of the canvas. It makes a mockery of the term ‘soft reboot’. There is nothing soft about this two-hour onslaught of pretty relentless, budget-busting, and high-octane sequences. If you are not a little bit exhausted by the end, you haven't been watching properly.

It proves, however, the crew is not short on imagination. The script’s serious penchant for alternative history aside – the real reason Galileo spent so much time staring at the stars is an untruth worthy of our times – the film has to be praised for its wild inventiveness which entertains more than it bores and keeps it all as light and frothy as the original.

This inventiveness doesn't stretch to the plot. Basically, everyone’s in search of the Trident of Poseidon which will give the bearer power over the sea. Johnny Depp is back in full, staggering, word-slurring glory as Jack Sparrow who spearheads the mission with two new sidekicks in tow, both trying to make their daddies proud – Henry Turner (Brenton Thwaites), son of ex-crew member Will Turner (Orlando Bloom, although his credit feels unearned), and Carina (Kaya Scodelario), expert astronomer with a token feminist chip on her shoulder.

Javier Bardem, taking over from Penelope Cruz as the designated Spaniard to inject life into the flagging franchise, plays the deadly undead Salazar of the title with a vendetta against Sparrow who outwitted him decades ago as a fresh-faced youngster. Salazar and his crew suffer from a strange condition which means they look like they are permanently underwater while also being burnt to ashes, but which means they can walk on water, but not land…It’s best not to ask too many questions. You could argue this advice holds true for any fantasy action film. Although the last couple of minutes of this film beg so, so many of them.

In truth, this is a film which sits on the two-and-half side of three stars – how can it not when we are this far into a journey that started back in 2003 – but, heck, why split hairs when you all you want to do is see a pirate swash his buckle? 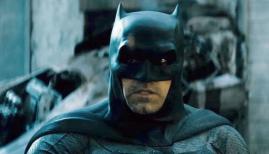