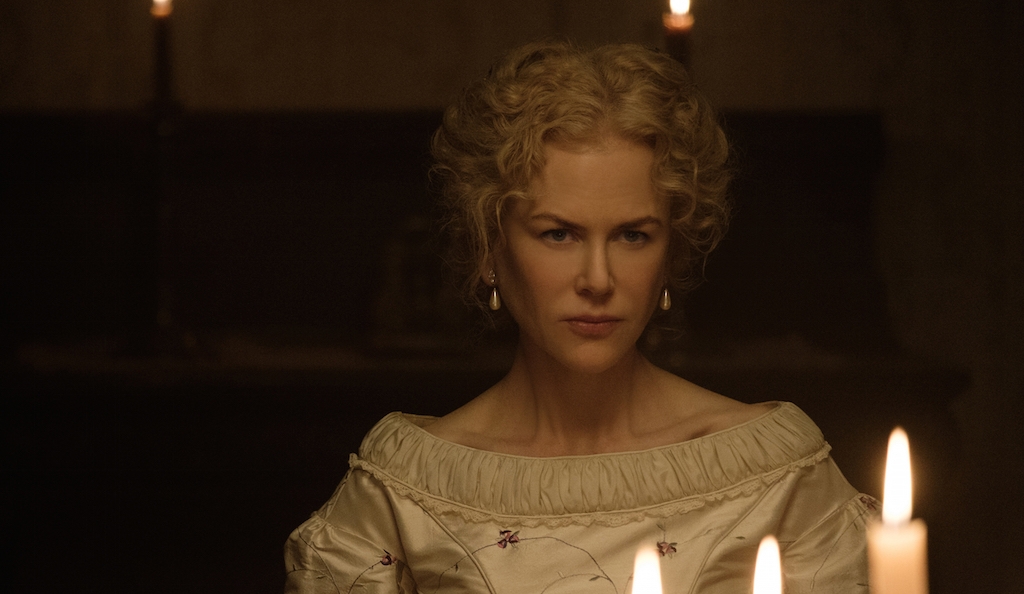 Cannes Film Festival 2017 line-up – The Beguiled, Sofia Coppola
It’s the 70th anniversary of the Cannes Film Festival this year, and some of the world’s best directors are competing for the prestigious Palme d’Or. Last year’s winner was Ken Loach with I, Daniel Blake, and previous victors have included Martin Scorsese for Taxi Driver and Quentin Tarantino for Pulp Fiction.

There are 18 films up for the Palme d’Or this year – here are the ones that we’re most looking forward to.

The casting of Almaric is no surprise. He’s a long-term collaborator with Arnaud Desplechin, starring in most of the director’s films from 1996’s My Sex Life… or How I Got into an Argument to 2015’s My Golden Days. And once again, he’s centre-stage.

There isn’t a trailer with English subtitles yet, but even if your French is rusty you can probably get the gist of the one above. A film-maker (Almaric) is surprised when a former lover (Cotillard) apparently returns from the dead, causing strife between him and his current partner (Gainsbourg).

Baumbach came to prominence in 2005 with The Squid and the Whale, one of the most painfully funny films about divorce ever made. Like many of Baumbach’s films, it deals with neurotic (pseudo-) intellectuals coming up against their own limitations. Such a subject could quickly become self-indulgent, but Baumbach finds a way to make it fresh every time.

The Meyerowitz Stories sees Baumbach working again with Ben Stiller (who also starred in Greenberg and While We’re Young), along with Emma Thompson, Dustin Hoffman, and… Adam Sandler. But Sandler also starred in Paul Thomas Anderson’s Punch-Drunk Love (2002), so he’s no stranger to working with arty directors.

In a first for Baumbach, the rights to The Meyerowitz Stories – which centres on adult siblings dealing with their ageing father – have been sold exclusively to Netflix, allowing the streaming service to add a very prestigious name to their roster.

We’ve recently mentioned Bong in our feature on South Korean cinema, and it’s good to see that the Cannes committee is as excited as we are about Okja. It’s a half-American half-Korean film ­­­– starring Tilda Swinton and Jake Gyllenhaal as well as The Walking Dead’s Steven Yeun and long-term Bong-collaborator Byun Hee-bong – which is a national mix that worked well for Bong’s earlier film Snowpiercer (2013).

‘Okja’ is a monster, but nothing like the creature of Bong’s The Host (2006). It’s ‘shy and introverted’, and needs the help of a young girl to avoid being captured by a sinister corporation. If that sounds a bit ‘family friendly’ for Cannes, bear in mind that Bong Joon-ho’s films are always darker than they first appear, and that Okja is co-written by the notoriously quirky Jon Ronson.

Like The Meyerovitz Stories, Okja will be distributed by Netflix, which looks like it’s trying to prove it can do arty cinema…

You might know Hazanvicius as the director of 2011’s The Artist, the ode to silent cinema that waltzed off soundlessly with Best Picture at the 84th Academy Awards. But that film’s sweetness bordered on sentimentality – whereas The Search, the film that Hazanvicius made afterwards, was a harrowing story of a Russian soldier’s transformation into dehumanised killing machine. His next film could go either way.

Well, not really: it looks like Le Redoubtable is another lovingly crafted homage to movie magic set in a bygone era. Still, it’s nice to know that Hazanvicius can give his films an edge, especially seeing as his new project centres on a film-maker caught up in the revolutionary fervour of the 1960s.

Coppola long ago earned the right to be written about without reference to her family and background, but it’s worth mentioning that Francis Ford Coppola won the Palme d’Or in 1979 (sharing honours with The Tin Drum). Sofia herself has multiple films shown at Cannes, but none have walked away with the top trophy. Perhaps The Beguiled will finally clinch it?

Based on a novel by Thomas P. Cullinan, The Beguiled is also a remake of the 1971 adaptation starring Clint Eastwood as an injured Civil War soldier nursed to health in an all-girls boarding school. The story’s focus on adolescent female sexuality – ignited, in the new film, by a smouldering Colin Farrell – harks back to Coppola’s superb debut, The Virgin Suicides, which might be enough to make The Beguiled award-worthy.

The Beguiled stars Elle Fanning and Kirsten Dunst, who have both acted for Coppola before, as well as Nicole Kidman and Farrell.

If you know anything about Michael Haneke, you’ll know that the title Happy End will be purely, bleakly ironic. Not much is known about the Austrian director’s latest film other than the subject – a family drama set against the backdrop of the refugee crisis – but it’s unlikely to climax with an all-cast rendition of ‘I’d Like To Teach the World to Sing’. At least, not if Haneke’s harrowing and misleadingly titled Funny Games (1997) is anything to go by.

Haneke has won the Palme d’Or before, for both The White Ribbon (2009) and Amour (2012), but there is every chance that he could score a hat-trick: Happy End stars the utterly ferocious Isabelle Huppert, who recently managed to make Paul Verhoeven’s politically-suspect rape fantasy Elle a favourite amongst critics. If anyone can bag Haneke another win, it’s her.

Ozon’s romantic mystery drama Frantz is out next month, and we recommend going to see it. We don’t, however, suggest you use it to get an idea of what L’Amant Double will be like. Ozon’s many, many films (he’s made almost one a year since 1999) are all pretty distinct.

Yorgos Lanthimos – The Killing of a Sacred Deer

Along with his equally talented compatriot Athena Rachel Tsangari, Lanthimos has been grouped into a movement known as the ‘Greek Weird Wave’. It’s not particularly hard to see why – his films are Greek, and they’re weird. But weirdness for its own sake isn’t an automatically fantastic quality, and as much as we liked The Lobster (2015) it’s stylistic stiltedness felt a little forced. That wasn’t true of 2009’s Dogtooth, which anchored its quirkiness in a story that warranted it and remains Lanthimos’ best film. We’re hoping he can match its brilliance in Cannes.

The plot summary of The Killing of a Sacred Deer – ‘a surgeon forms a familial bond with a sinister teenage boy, with disastrous results’ – has to be the most Lanthimos-sounding thing we’ve ever heard, and certainly promises weirdness. Starring Colin Farrell and Nicole Kidman (who are apparently the go-to pairing for ominous, twisted films at Cannes this year), The Killing of a Sacred Deer will almost certainly be a mix of existential absurdity and winningly surreal humour.

We’re beginning to sense a pattern in Lynne Ramsay’s reading habits, or at least in the books she likes to adapt. Her 2002 film Movern Callar was based on a novel about a woman’s sociopathic reaction to the suicide of her boyfriend; We Need to Talk About Kevin (2011) was based on Lionel Shriver’s novel about a school massacre; and Ramsay’s film at Cannes this year is about ‘a war veteran’s attempt to save a young girl from a sex trafficking ring’, an attempt that ‘goes horribly wrong’. Blimey, Lynne – have you ever tried picking up a P. G. Wodehouse or some Jilly Cooper?

But considering that Ramsay’s films have all been scintillating, and that she’s considered to be one of this country’s best directors, she’s probably right to stick to the slightly gothic fiction. We wish her the best of British at Cannes this year!