Sex, hammers, and octopi – the most exciting films by the best Korean directors 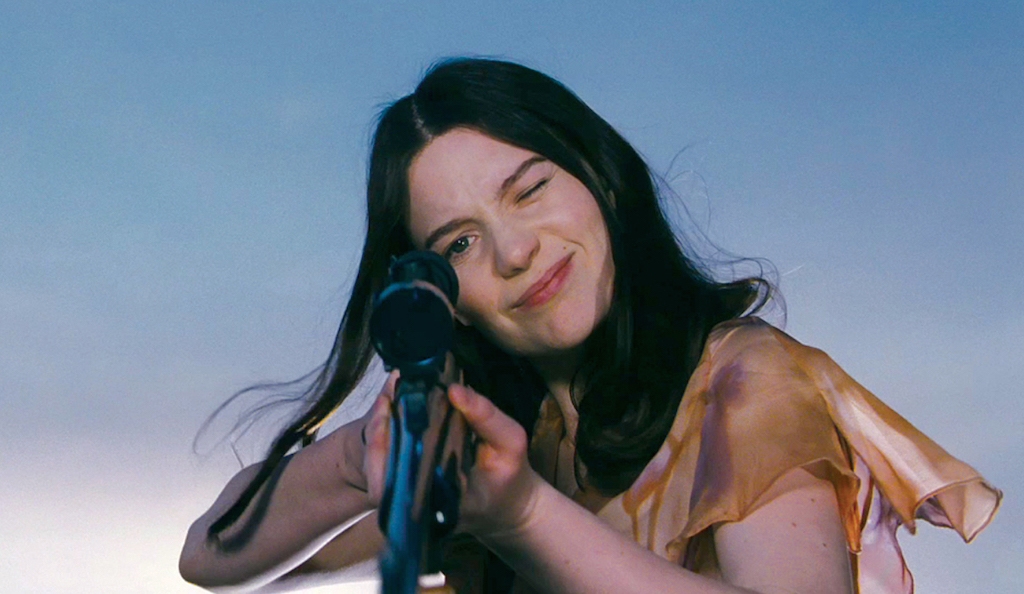 Mia Wasikowska in Park Chan-wook's Stoker
There’s no shame in it: sometimes all you want from a film is comfort. Sometimes you want to have your mind gently massaged by a movie. You want a warm hug from a multi-million-dollar hug-machine. You want something so easy to watch that your cerebral activity ceases and you black out.

‘Intense’ is the word that gets bandied about with South Korean cinema. ‘Full-on’ gets used a lot too. People are shivery with excitement when they talk about South Korean cinema, as though they’re recommending cage-diving with sharks.

TRY CULTURE WHISPER
Receive free tickets & insider tips to unlock the best of London — direct to your inbox
It’s worth mentioning that these films aren’t just extreme. They can be goofy, hilarious, light-hearted, and sweet. But it’s also worth mentioning that in the most notorious scene in South Korean cinema ­– maybe even in 21st Century cinema – a man eats a real octopus alive.

That scene is from Oldboy by director Park Chan-wook, the most (in)famous South Korean director to find success with an international audience. His incredible new film The Handmaiden – an gorgeous, sexy thriller with the audacity of Elle but better sexual politics – hits cinemas this week. We couldn’t recommend it more highly – and there’s more where that came from.

The Handmaiden closely follows last month’s superb Age of Shadows by director Kim Jee-woon. This summer, Netflix is releasing OKJA, a new Tilda Swinton-starring fantasy movie by celebrated auteur Bong Joon-ho. Not all of these films have the octopi-eating gruesomeness associated with South Korean cinema, but they’re all by excellent directors who know how to make compelling, gorgeous, darkly funny films.

Here are our favourites.

THE MASTER OF WEIRD

It’s convenient that The Handmaiden – in cinemas this Friday – is one of Park Chan-wook’s most accessible films. It’s also one of his most delightful. Park is an expert audience-manipulator and The Handmaiden is a perfect example of how a ludicrous yarn can be made totally convincing.

In 1930s Japanese-occupied Korea, a pickpocket is hired by a conman to help him seduce a rich heiress. All is not as it seems, however, and The Handmaiden follows double-bluff with fake-out in a movie that begins as a Sapphic-Gothic romance and only gets better.

Watch it if you like: post-modern bodice-rippers with a feminist edge

Warning: this clip is pretty violent (and cool)

Park’s most famous film has a killer set-up. Business Oh Dae-su (Choi Min-sik) is kidnapped on his daughter’s fourth birthday and imprisoned in completely sealed hotel room where learns that he’s the prime suspect for his wife’s murder. Fifteen years later, he’s mysteriously released, and sets about hunting the culprits.

Aside from the aforementioned tentacle-slurping scene, Oldboy is also known for a brutal and brilliant single-take fight-scene in which Dae-su takes on a whole mob in a corridor with a hammer. And it has an ending that punches the air out of your lungs.

Watch it if you like: your violence stylish, your revenge cold, and your sushi fresh

Warning: this clip contains one instance of awkward sexual awakening (safe for work)

Park’s first English-language film is a mixed bag, and easily his most divisive – there are those who find Stoker stilted and silly, packed with blatant symbolism. For its fans, though, this super-stylised fable is the ultimate portrait of adolescence. It also demonstrates Park’s commitment to female characters that are every bit as conflicted and twisted as the male ones (see also: Lady Vengeance).

India Stoker (Mia Wasikowska) is left with her unstable mother (Nicole Kidman) after her father is killed in an accident, but not for long: soon she’s introduced to her mysterious and charming Uncle Charlie (a wonderfully slippery Matthew Goode), a man who insinuates himself into the family with dangerous consequences.

Watch it if you like: coming-of-age stories, but feel like they should contain more incest and murder.

Memories of Murder is more subdued than Park Chan-wook’s films, and its little like the ones that Bong Joon-ho would become known for, but its an almost perfectly directed procedural drama, a true-crime character-study that’s all about the detectives and in which the killer is never caught.

Accordingly, it’s been compared to David Fincher’s Zodiac, and Bong does have Fincher’s astonishing knack for using camerawork to tell a visual story; but Memories of Murder is leavened by moments of farce and wit, and is a possibly even more accomplished piece of filmmaking.

Watch this if you like: the things that Quentin Tarantino likes – Memories of Murder is one of his all-time favourites.

Next time you’re cramming yourself onto a train and notice that the First Class section is almost empty, remind yourself to watch Snowpiercer, the ultimate movie for disgruntled users of National Rail.

When an attempt to combat global warming leads the world to freeze to sub-zero temperatures, the last of humanity is confined to an armoured train hurtling through the ice-bound wastelands. The lower orders are confined to the end of the train, living in filth; they plan to surge through the salubrious upper-class carriages (somehow bypassing the snack trolley) and take control of the engine.

Starring Chris Evans, Jamie Bell, and Tilda Swinton, the reason you’ve never heard of this film is because it’s US release was massively bungled. It's become a cult classic, though, and with good reason.

Watch it if you like: films that turn your morning commute into a post-apocalyptic allegory of class divide.

No, not the sci-fi rom-com based on the novel by Twilight’s Stephanie Meyer. Bong’s monster movie was inspired by an incident in which the US military dumped formaldehyde down a drain in Seoul, causing environmental damage. The Host satirises American involvement abroad along with Korean bureaucracy and student protesting.

OKJA, coming to Netflix this June, has a similar anti-corporate pro-environmentalist thrust to The Host. As with Snowpiercer, it has Tilda Swinton with a strange accent, alongside Jake Gyllenhaal, Paul Dano, and Giancarlo Esposito (Gus Fring from Breaking Bad). So now you know enough to be excited.

Watch it if you like: your monster movies to be politically engaged.

ENTERTAINMENT AT ANY COST

Japan’s occupation of Korea (from 1910 to 1945) permeates a lot of South Korean cinema – see the Handmaiden above and The Good, The Bad, The Weird below – and Age of Shadows tackles it directly.

Historical films can easily become history lessons, but Kim Jee-woon is far too attuned to the need to entertain. He’s a director who knows how to take an action film starring ageing Arnold Schwarzenegger and make it completely watchable (2013’s The Last Stand); working within a serious historical context for Age of Shadows, Kim makes a film of smuggling and double-crossing poignant as well as thrilling.

Watch it if you like: John Le Carré, but wish his film adaptations were more fiendish and outrageous

Whatever the reasons for the disproportionate number of films about vengeance – which perhaps stems from South Korea’s relationship to surrounding countries, or its difficult transition to democracy – A Bittersweet Life is superior and stylish, one of the genre’s finest examples.

Watch it if you like: BRINGING BLOODY JUSTICE TO THOSE WHO DESERVE IT. Also, elegant filmmaking.

This one should sell itself: it’s kind of like Sergio Leone’s ‘spaghetti western’ The Good, The Bad, and the Ugly but… weirder.

Deeply silly, often funny, and consistently entertaining, Kim’s film is best watched without much preamble. Strap on your spurs and take a trip East via the Western.

Watch it if you like: the joyful act of watching speedily-projected images synchronised to sound and music (i.e. movies).