Free Fire is Ben Wheatley's high-octane cartoon for adults, an effervescent feature-length gun battle as enjoyable as it is disposable

Justine and Ord have their work cut out making sure everything proceeds smoothly. The Irish are prickly and paranoid, Afrikaner Vernon is swaggering and short-tempered, and the contraband in question are machine-guns. Egos have to be flattered, itchy trigger-fingers safely salved. But what the deal-makers couldn’t have foreseen is a bitter vendetta between two of the parties’ deadbeat henchmen.

When a shot is eventually fired, it’s the starting pistol to some 70 minutes of intense, cordite-scented mayhem, with the players scuttling behind pillars and sandbags, trying to pick each other off. Free Fire is, then, one long shoot-out for the rest of its running time.

The opening of Free Fire is so deliciously tense – Wheatley keeps teasing the kick-off with false-starts and near-misses – that it’s almost a shame when it becomes an exchange of bullets and insults rather than of sly digs and back-handed apologies. But Free Fire wants to be ‘that film’, the one that starts early and doesn’t let up.

Wheatley is a high-profile director with an A-list cast. He didn’t have to shoot a single-location movie for any lack of money, so the challenge to make a compelling film with such a self-imposed restriction was obviously too interesting to resist. And Free Fire is compelling – funny, inventive, and more or less coherent – but it’s also a little thin, disposable in a way that Wheatley’s previous films weren’t, a hip and clever action movie that’s no more memorable than a dumb mainstream one. 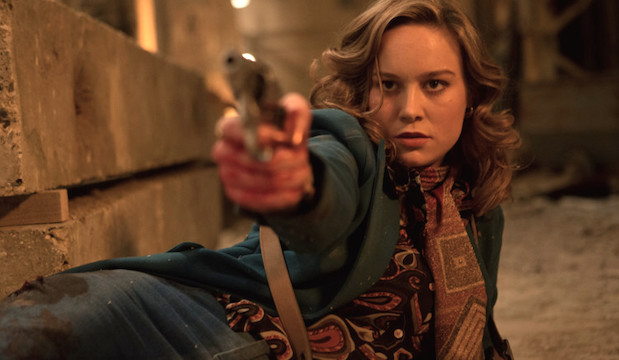 Wheatley’s tragedies Kill List (2011) and A Field in England (2013) are sustained by a sense of malevolence that borders on the occult. His comedies Down Terrace (2009) and Sightseers (2012) are no less violent, but the presiding spirit is more impish, and they pivot on poignant relationships. Free Fire, like Wheatley's previous film High-Rise (2016), lacks metaphysical complexity or dramatic depth.

The issue lies in its high-concept raison d’etre. It means Free Fire resembles the end-of-season finale of a big-budget HBO show, with all the protagonists colliding for an explosive showdown. But the problem with making a feature that’s all climax is that you end up wishing you’d seen the rest of the series – you want to understand who matters, and what’s at stake. You want to know why you care.

Caring isn’t the point of Free Fire, a delightful barrage of brutal slapstick and one-liners. The characters are archetypes with simple motivations, but the actors playing them are capable of quality clowning. Wheatley makes their suffering and humiliation a strangely light-hearted pleasure, punishing them with top-notch timing.

Free Fire makes itself easy to like. It earns every one of its four stars. But it’s more of a Hollywood calling-card than a stand-alone film.

We know you can do bullet-riddled set-pieces, Mr Wheatley. You do them really, really well. But can we have the rest of the film as well, next time? 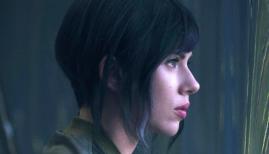 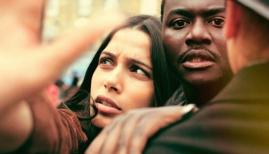