One of the best films of the 2000s was 4 Months, 3 Weeks and 2 Days. Director Cristian Mungiu returns with Graduation, a film that's just as bleak and brilliant

In Graduation, Mungiu presents a tumultuous father-daughter relationship that has parallels with continuously dysfunctional Romanian society, one in which the remnants of dictatorship live on in corruption and elitism.

The film begins in a very modest apartment in Cluj-Napoca, Romania's second city, where renowned surgeon Dr Romeo Aldea lives with his bright daughter, Eliza. Depending on her exam results, she has been offered a prestigious scholarship to study psychology at London University: Eliza's father has invested a lot of money and effort in his daughter’s academic success, hoping she will be able to escape a limited future in their own country.

The plan seems close to fruition until the morning before Eliza’s first day of final exams, when she falls victim to an attempted rape that leaves her in no state to attain the grades required to secure her scholarship. This leads Aldea to take advantage of the corrupt system he despises in order to achieve his means: having Eliza's grades bumped up means pushing a politician's name to the top of the national transplant waiting list.

Other factors interfere with Aldea’s vision of his daughter’s future, such as Eliza’s boyfriend, who makes her question whether or not she wants to leave Romania. Meanwhile, Eliza's mother is clearly suffering from untreated depression, and Aldea himself has reasons to feel guilty. All of this fits together into an interesting and well-structured depiction of a family’s entanglement in a series of deep-set problems.

You can't help but sympathise with Aldea. Although he goes to extreme lengths, and breaks the law, to assure high grades for Eliza, he does so in a spirit of dedication with which any parent can empathise. Aldea genuinely believes that his daughter’s future happiness and success relies on leaving to study in London, and Graduation interrogates the extent to which a parent should intervene in a child’s decisions, and whether they truly know what is best for them.

The cast give brilliant performances all round, but special mention goes to Adrian Titieni and Maria Dragus, who superbly interpret the complicated and strained father-daughter dynamic.

With Graduation, Mungiu explores an important set of moral issues with depth and subtlety. 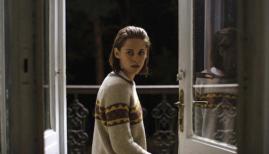 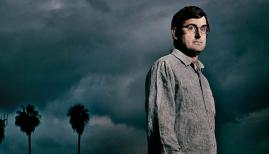