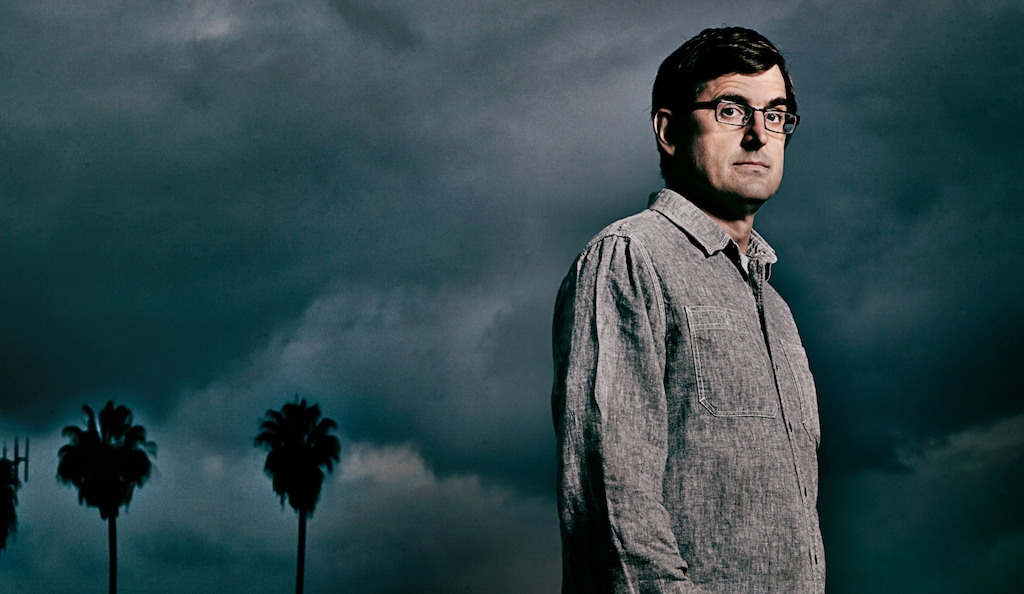 Take some advice, Scientologists: you can't beat Louis. He's just too darn unflappable. Too quietly determined. Too funny. If you don't believe us, check out the classic Louis moments below.

Early series Weird Weekends was an unashamed freak-show, with Louis embedding himself among brazenly nutty enthusiasts and fringe lunatics. In this sense, the 'believers' he met in episode UFOs were fish in a barrel: even Thor Templar, 'Lord Commander of the Earth Protectorate', isn't the best specimen. That honour goes to the Reverend Robert Short, who claims to be the earthbound conduit for a mysterious space-being called Korton.

TRY CULTURE WHISPER
Receive free tickets & insider tips to unlock the best of London — direct to your inbox
Demonstrating his relationship with Korton, Rev Short channels his extra-terrestrial master in an extraordinary performance that's part séance, part 1990s Internet landline dial-up, and part Hitchhiker's Guide to the Galaxy. The above clip actually shows Short doing a reprise for Louis' Christmas Special, but it gives you a pretty good idea of the original. Trust us.

PICKETING CHILDREN from The Most Hated Family in America (2007)

It's not hard to see why the Westboro Baptist Church are 'the most hated family in America': they themselves hate everybody, and aren't afraid to let the world know it. Thanks to Louis' documentary (and its follow-up), the WBC are famous for picketing the funerals of soldiers while carrying signs that read 'GOD HATES FAGS'. Because the bible says so, apparently.

In the most upsetting scene in this documentary, Louis gently interviews a couple of the church's children, wondering aloud if they know much about the 'cause' they're supporting. Hearing the already-garbled dogma in the mouths of innocents is enough to boil the blood and churn the stomach, but Louis stays characteristically and admirably even-handed, even making the moment funny in a bittersweet kind of way.

BLACK TEENAGER ARREST from Law and Disorder in Philadelphia (2008)

A good addition to pre-Black Lives Matter documents of police conduct, this clip from Law and Disorder in Philadelphia demonstrates the tensions inherent to the apprehension of a young black suspect by a team of intimidating white officers.

Even this fairly textbook-seeming arrest seems disproportionately violent and alarming. The young man lying on the pavement openly admits to being 'scared as shit' of the police, of the streets, of everything – and who can blame him? Louis doesn't need to do a lot of journalistic probing in this scene: he just has to bare witness.

Louis' MO is to bring humour and faux-innocence to some of the darkest places imaginable, and even the lighter moments have an edge of mockery or sadness. So it's always nice when there's a moment of unqualified warmth and sweetness, especially when it takes place in somewhere as insalubrious as a prison.

Deborah identifies as transgender, but she's incarcerated in a men's prison. At least this means that she can be with fellow felon, the frankly gorgeous Robert. Watching them shyly and sincerely explain their relationship from the bars of their shared cell is heartwarming and interesting in a combination that's typical of Louis' later and more mature films.

JIMMY THE CREEP from When Louis Met Jimmy (2000)

The reputation of this famous and acclaimed documentary is complicated by the posthumous revelations about Savile's disposition and crimes: Louis has even made a recent follow-up film called Louis Theroux: Savile, a kind of mea culpa that is both an apology for and exploration into his failure to unmask the disgusting truth about his subject.

But When Louis Met Jimmy still holds up today, not in spite of what we now know but because of it. Louis wasn't a complete dupe – at least no more so than anyone else – and was willing to probe Savile on the aspects of his character that seemed disingenuous or unsavoury. The result is an uncomfortable, unflattering, and largely mystified portrait that is only finished all these years later, finally completed by what we now know.