Tom Cruise has been cast as all-American heroes for decades. This is a mistake

Tom Cruise - American Made
American Made (in cinemas this Friday) tells the true story of Barry Seal, a drug-smuggler, gun-runner, and money-launderer who worked for a vicious Colombian cartel and the US Drug Enforcement Administration. The role calls for all kinds of anti-heroics, which is interesting, because it's filled by Tom Cruise – a man best known for his heroics, but who excels at the anti-. Hopefully, in American Made, Cruise will swing toward the latter. It's what he does best.

In his novel Pattern Recognition, William Gibson introduces one of his more memorable villains: sinister Belgian ad mogul Hubertus Bigend. The most memorable thing about this memorable villain is that he's described as looking 'like Tom Cruise on a diet of virgins' blood and truffled chocolates.' If there's a more vivid shortcut for describing an avaricious and demonically intense baddie, we don't know of it.

Arguably, anyone would look villainous if they only consumed blood and truffles; but even more arguably, Tom Cruise is the celebrity likeness that is most fittingly diabolic. There is something about the man that speaks of frightening, near-occult energies. Of all Hollywood's anvil-jawed, swooshy-haired, white leading men, Cruise has always been the one best poised to invert his 'hero' status and give us a range of powerful antagonists. His capacity for onscreen evil just seems greater than, say, Russell Crowe's. Russell Crowe is a friendly ogre. Tom Cruise is a dervish of bulging eyes and white teeth. 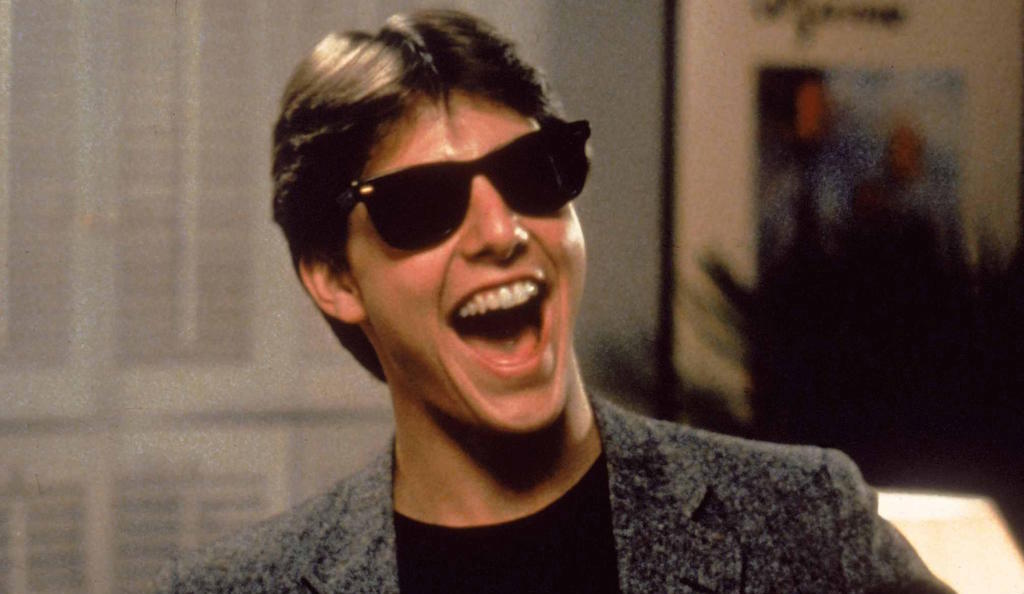 Partly, this impression is influenced by what we know of Cruise's adherence to Scientology. Perched up near the top of the cult's arcane hierarchy, he really does look like a charismatic brainwasher. You get the sense that it would be a true pleasure to hear him speaking in tongues. But his association with the 'church' doesn't entirely account for the gleam of madness in his eye (or the eye of the beholder).

Perhaps it's something about his much-lampooned height. The incongruity between his diminution and his hunk-type features (that crinkly smile, that thrusting nose) feels like the kind of fatal flaw that might drive a man into disastrous insecurity – think Lord Farquaad in Shrek. Or maybe it's the sheer commitment he seems to gives to every role. Heroes are supposed to be cool, laconic; Cruise, full of limitless vim, always seems like he wants to take over the world.

Either way, a Cruise 'goodie' is a far less compelling creation than a Cruise 'baddie'.

Cruise established the template for the modern action-thriller protagonist, and a generation of imitators (your Matt Damons, your Mark Wahlbergs) have made this kind of character seem cookie-cutter, even when Cruise himself – running very very fast and jumping very very far – is playing it. The typical 'Tom Cruise movie plot' is even the subject of an on-the-money stand-up routine. But when he helps break the mould that he himself originated, that's when things get interesting.

Whether it's his toxic guru in Magnolia, his psychopathic assassin in Collateral, or his young fanatic in Taps, Cruise knows how to bring complex loathsomeness to his antagonists. The best part of Edge of Tomorrow – 2014's sci-fi Groundhog Day – was the first act, before Cruise's PR man had learnt how to become a hero and was still a slippery, hypocritical coward.

Whether it's through an ability to channel some inner struggle, or just stemming from a random talent for playing against type, it's when this most untouchable white knight dips into darkness – into weakness, violence, and vice – that he finally becomes an actor to root for.