Reese Witherspoon glows in Home Again, a light and airy rom-com with a twist directed by Nancy Meyers’ daughter — but it’s not an entirely successful, or necessary, reinvention

Legally Blonde’s Reese Witherspoon leads as Alice Kinney — a ‘depressed, newly separated loser’ (her words) and mother of two in her forties. Playing her estranged husband is Micheal Sheen, from the cast of Twilight and the recent Passengers (which are more rom than com depending on how much you like them).

TRY CULTURE WHISPER
Receive free tickets & insider tips to unlock the best of London — direct to your inbox
Candice Bergen plays Alice’s mother, who featured in Sex and the City and Bride Wars and was Witherspoon’s co-star in Sweet Home Alabama. And behind the camera is Hallie Meyers-Shyer, daughter of Nancy Meyers who directed box-office hits The Holiday and It’s Complicated.

These are the perfect ingredients for a funny smoocher. So why does Home Again fall so flat? Well, it all gets a bit too ‘Hollywood’.

Alice has just relocated with her kids from New York to the LA mansion that was owned by her father, a big shot director in the 70s. She casually embarks on an interior design career and picks up a celebrity client before even launching her site.

On a night out, she meets three young filmmakers (a so-so trio of Nat Wolff, Jon Rudnitsky and Pico Alexander) who have come to LA to make their short film into a feature. Alice decides to put them up indefinitely. And she has a casual affair with one of them, naturally.

The premise of Home Again is certainly different, putting a woman in the driving seat, but it stretches the boundaries of the term ‘far-fetched’. This would be forgivable if the film wasn’t so keen to sell the set-up as universally relatable. 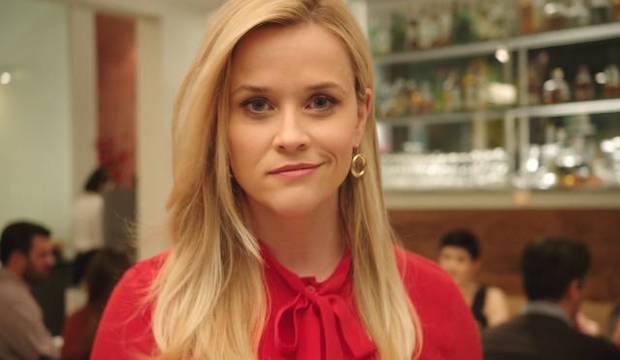 Alice, her two precocious daughters and witty mother are so likeable that you almost believe their predicaments are sort of ‘everyday’, but as the novelty of their charm wears off the distinctly South Californian nature of their 'issues' comes out of the shadows. Admittedly, Witherspoon’s trademark blonde radiance does manage to shield us now and again from the glare of their privilege.

Another redeeming factor is that, at a lean 90 minutes, the movie avoids the break-up lull that mars most rom coms.

So although Home Again, like its perky protagonist, might be zipping around Mars with only a faint sense of reality, if you’re particularly good at suspending your disbelief, it's a nice trip while it lasts. 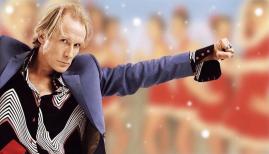