Buoyed by a dazzling Judi Dench, Victoria and Abdul is a retelling of the queen’s real-life intense friendship with an Indian servant which is charming to a fault

She played the plump monarch once before in 1997’s Mrs Brown, a film about the queen’s controversial intimate friendship with John Brown, a gruff Scottish Highland groundsman, following the death of her husband, Prince Albert.

Victoria and Abdul, adapted from Shrabani Basu’s double biography, covers much of the same ground as that earlier film. It swaps John Brown for a 20-something Indian clerk, Abdul Karim, initially brought over to England in 1887 to take part in a state ceremony.

Around this gooey centre is the outraged royal entourage, made up of a strong ensemble cast including Michael Gambon, Tim Pigott-Smith, Olivia Williams and a particularly hilarious Paul Higgins as the royal doctor. The household’s increasing frustrations with Victoria’s fixation on her ‘Munshi’ (Urdu for ‘teacher’) are wonderfully comic.

Unfortunately, the reality wasn't so funny.

Following the queen’s death, which is touchingly recreated in the film, Bertie, the queen’s son and the future Edward VII, burnt all of Adbul’s books and correspondence with Victoria publicly. He attempted to remove any trace of the Muslim who had wormed his way into the heart of the empire.

The dark underbelly of racial tensions is something Victoria and Abdul is reluctant to address.

Eddie Izzard is entirely convincing as Bertie, whose years of gambling jaunts, smoking (twenty cigarettes and twelve cigars a day) and waiting around for his mother’s death have started to take their toll. Izzard is truly nefarious but even his plotting and (mild) racial slurs are laced with the sort of irony you might expect from this star comedian, undercutting their force. 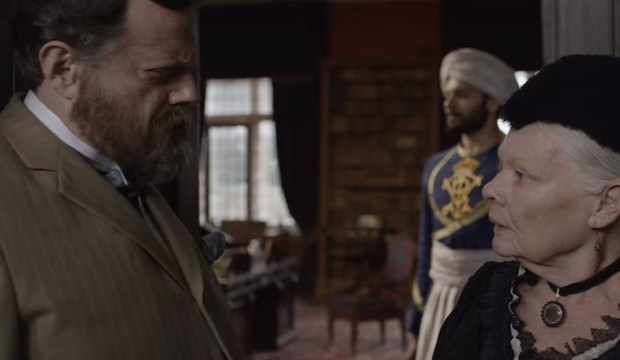 The same goes for Mohammed (Adeel Akhtar), Adbul’s friend and companion (a role created for the film) who throws the Brits’ disdain right back at them. He voices intense resentment, the resentment of the whole sub-continent but, mostly shown sniffing and shivering and suffering from the ‘inclement English weather’, he can’t be taken all that seriously either.

Besides, his protestations fly out the window when you see Adbul fawning over the Empress of India the next minute. A humble Indian man kissing the feet of a bejewelled English monarch grates slightly in 2017, incidentally the 70th anniversary of the end of British rule in India and the subsequent violence of Partition.

But then again, it's hard to criticise the film for doing what it says on the tin. Victoria & Abdul is a very charming evocation of the intimacy between the titular duo, acted near-impeccably. Just don’t expect it to bob much below the surface. 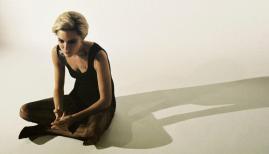