The story of Jean Seberg is fascinating, there’s no denying that. The American actor’s fame rose after she starred in Jean-Luc Godard’s 1959 French New Wave classic Breathless, which inspired filmmakers and cinephiles across the world. In 1968, she started an affair with Black Panther activist Hakim Jamal and, as a result, became wrapped in an FBI COINTELPRO operation, originally designed to discredit organisations that scrutinised the government’s authority.

From this thrilling and disturbing story, screenwriters Joe Shrapnel and Anna Waterhouse compose the colourful but lethargic biopic Seberg – providing some real-life conspiracy intrigue, while never piercing far into the actor herself.

The film starts in 1968 as Jean (Kristen Stewart) poses with the Black Panthers after a flight from Paris, where she meets Jamal (Anthony Mackie), raising her fist in solidarity. This sets off the FBI mission coordinated by the fictionalised sound guy Jack Solomon (Jack O'Connell) and his aggressively conservative partner Carl (Vince Vaughn), who tap Jean's phones and bug her house. Can it get any worse? Well, Jean ends up sleeping with Jamal, and the CIA listens to every orgasmic grunt. 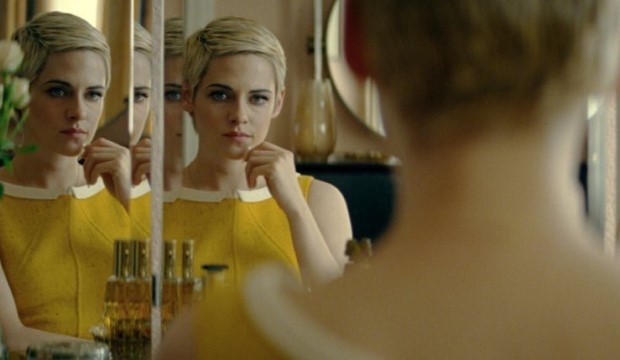 Kristen Stewart is much too good for Seberg

Almost immediately, director Benedict Andrews seems less interested in who Jean Seberg was as a person, and more concerned with how she’d look without clothes. The steaminess between her and Jamal entices and seduces, but doesn’t lead anywhere all that interesting.

Kristen Stewart, playing Jean, is much too good for this material and tries her best to exude an inner turmoil, which the film never examines in any great depth. This lifts slightly when the CIA releases private details of her relationship to the press: Jean’s paranoia grows and grows, eating away at her sanity. Stewart is painfully good in breakdown mode.

But Andrews still doesn’t insert much curiosity or sympathy in his direction, the tragedy not hitting as hard as it should. With the added wastage of understated talents like O’Connell, Mackie and Zazie Beetz, this whole affair feels like a missed opportunity.

Reviewed at the 2019 London Film Festival. Seberg doesn't yet have a UK release date.