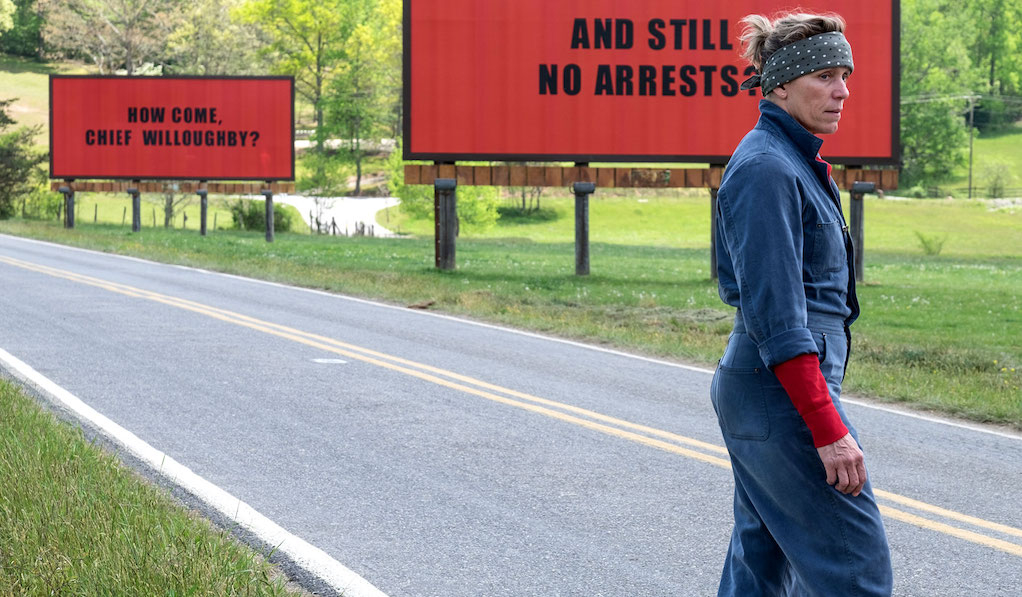 When the police fail to find a suspect for her daughter's death, a tough-as-nails mother – played by the indomitable Frances McDormand – shames them with three massive signs outside her small rural hometown.

Written and directed by Martin McDonagh (Seven Psychopaths, In Bruges), this dark comedy is bitumen black and packs a punch, quite literally; America's meek and mild Midwest, this is not.

But within this hard shell lies a soft centre. Emotions run deep as unresolved relationships and personal dramas rise to the surface. Hard-hitting yet tender, Three Billboards Outside Ebbing, Missouri is bound to leave a lasting impression. 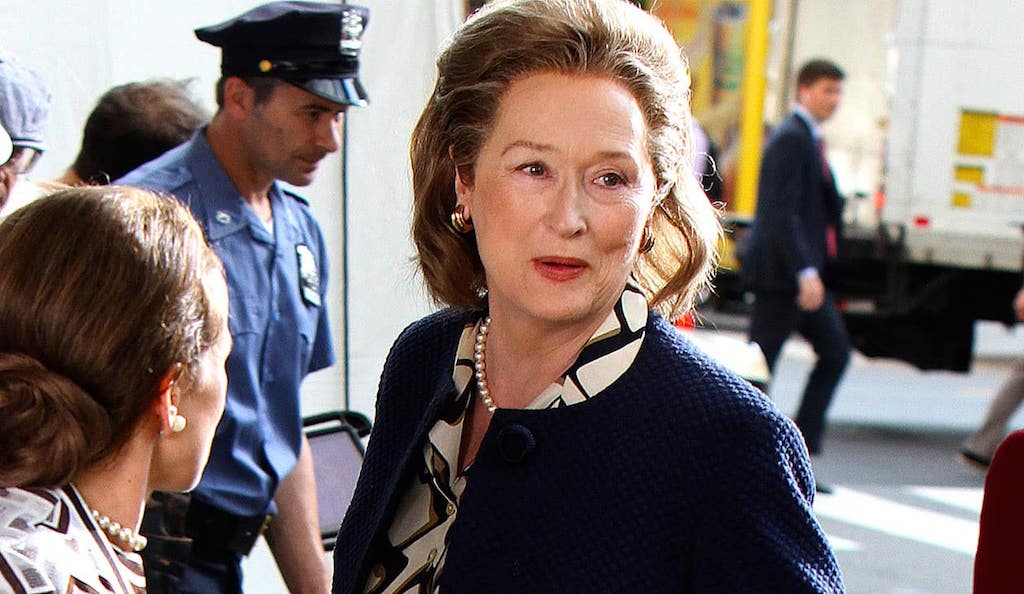 Here's a film all about firsts.

Her paper, The Washington Post, has to weather the storm when it becomes one of the first to publish the Pentagon Papers – documents which exposed the extent of America's involvement in the Vietnam War.

Don't be surprised if it comes first place once or twice when the awards season comes around. 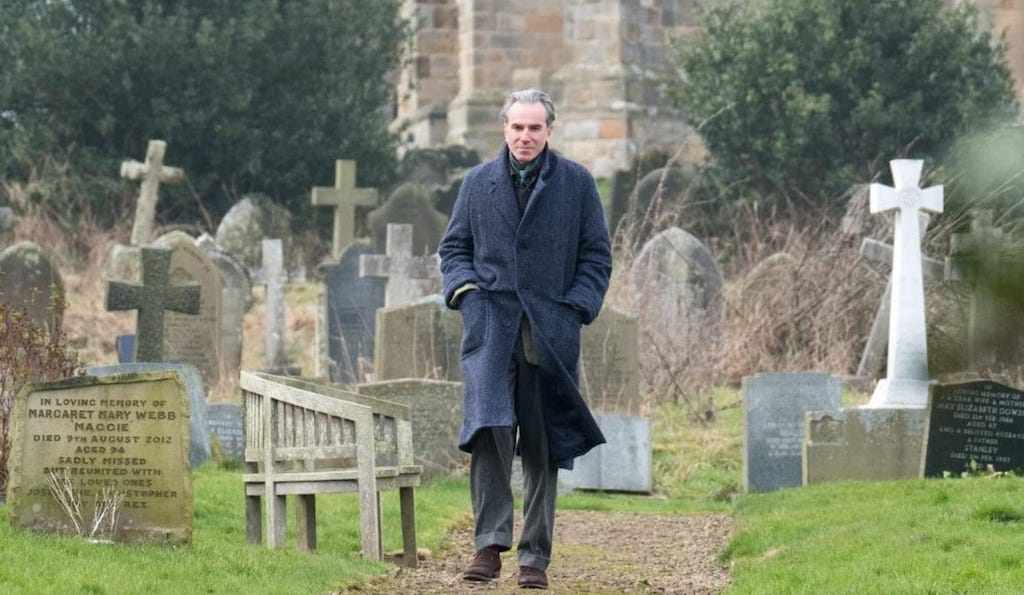 And this film is all about lasts.

Well, at least one major one: the last screen performance from Daniel Day-Lewis, who announced he plans to retire from film after four decades in the business. And it's an interesting choice for a farewell film.

Day-Lewis plays a renowned dressmaker who, with the help of his sister (Olivier Award winner Lesley Manville), dress the glitterati of 1950s London.

With a score by Jonny Greenwood, Phantom Thread is directed by Paul Thomas Anderson, best known for the incredible There Will Be Blood which also featured Day-Lewis.

Apparently, Anderson was motivated to make the film after reading about the life of legendary high-end fashion designer Cristóbal Balenciaga.

So we weren't the only ones to be inspired by the dashing Spanish couturier then. 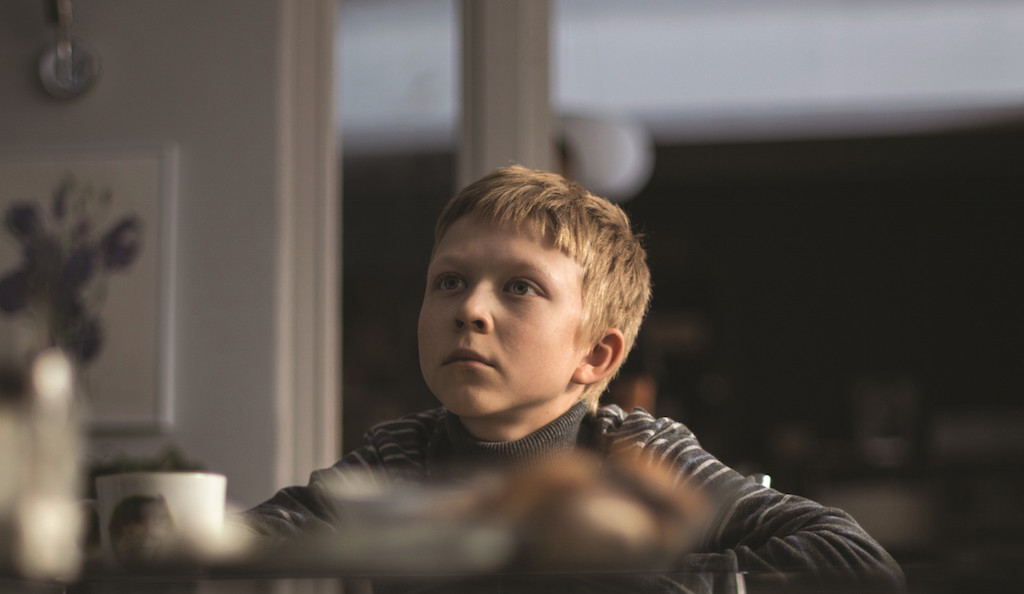 It looks like there’ll be no love lost between Russian director Andrey Zvyagintsev and Putin.

Like his last film, Leviathan, which was officially disapproved by the Russian Ministry of Culture – and won Best Film at the London Film Festival 2014 – Loveless is a state-of-the-nation drama which paints a pretty unflattering picture of modern Russia.

The story follows a couple whose 12-year old son disappears just before they finalise their divorce. They have to cooperate to find him but they struggle to put their emotions aside.

Loveless won the Jury Prize at this year's Cannes Film Festival so it's a foolproof choice if you're in desperate need of your sophisticated foreign drama fix. 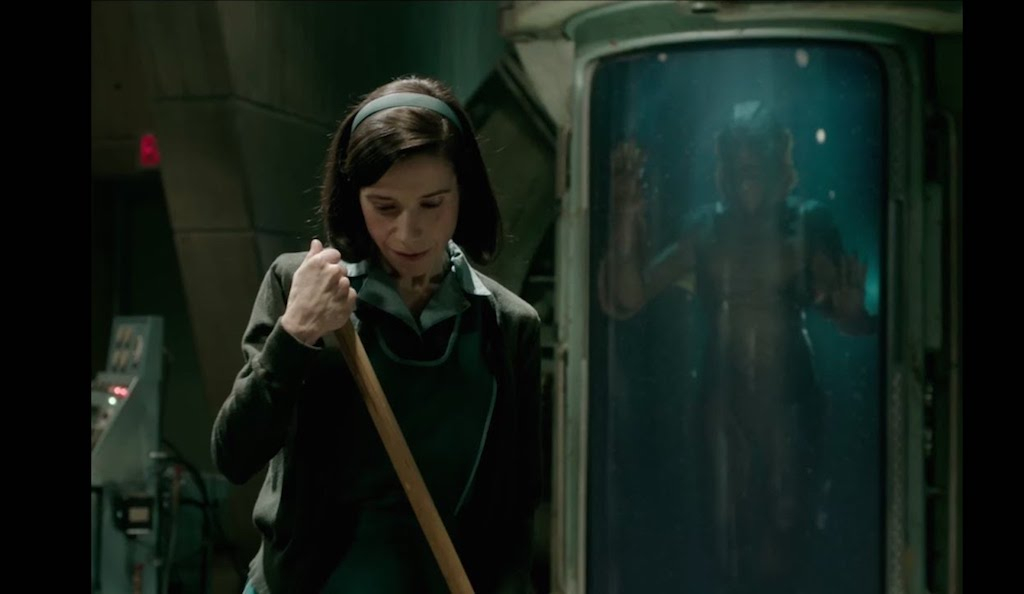 The genre-bending romance: THE SHAPE OF WATER

Call it a fantasy drama, science-fiction romance or just weird, but don't call it uninventive.

The Shape of Water follows Eliza (Sally Hawkins), a mute janitor at a sketchy government lab who ends up embarking on a relationship with a reptile-man-thing that's being held prisoner at the facility. Yup.

Set in a reimagined version of Cold War America, there's a little Soviet intrigue and civil rights commentary thrown in – as well as dark performances from Michael Shannon and Michael Stuhlburg, who dazzled in the recent Call Me By Your Name.

And much like that coming-of-age drama, this film is bound to capture you with its swirl of stunning visuals, put together by director Guillermo del Toro who also directed the standout fairytale thriller, Pan's Labyrinth.

Just let it take you – and don't worry too much about the label. 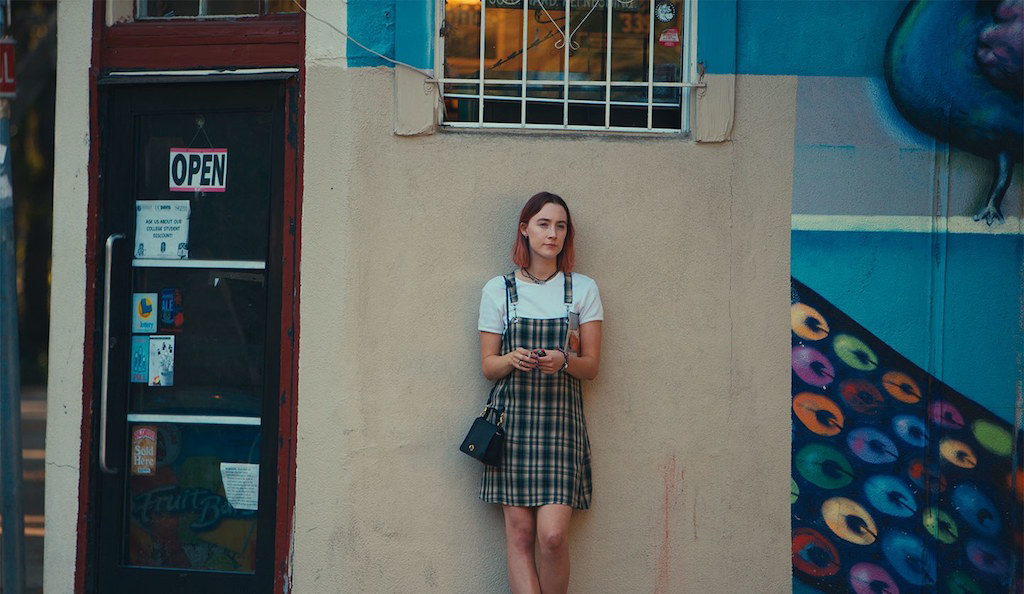 Greta Gerwig, the queen of cinematic kook, is the brains behind this left-field comedy-drama which is on the path to winning big this awards season.

The actress, best known for Frances Ha and 20th Century Women, makes her directorial debut with this story of a high-school senior as she negotiates friends, boys and, in particular, her rocky relationship with her mother in sunny Sacramento, California.

The cast reads like a who’s who of next generation 'coming-of-age' talent. Saoirse Ronan, who was nominated for her role in Atonement at the ripe age of 13, plays the lead.

For a film all about learning to try again, fail again and fail better, Lady Bird seems to have the perfect recipe for success. 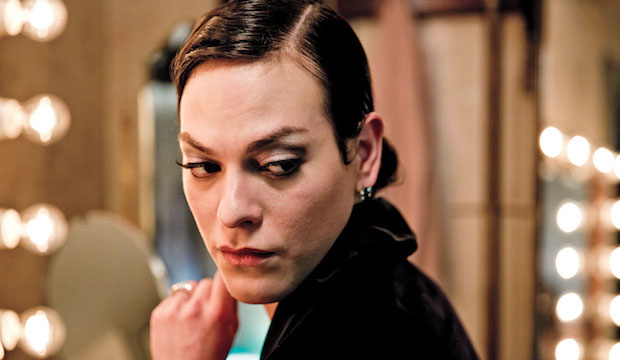 The milestone: A FANTASTIC WOMAN

The film that might just put The Danish Girl to shame. A Fantastic Woman (Una Mujer Fantástica) centres on Marina, a trans woman working as a singer and waitress, and her struggle for recognition and respect after the sudden death of her businessman lover.

Trans actor Daniel Vega makes her debut as the heroine in this persuasive Chilean drama. In the director's seat is Sebastián Lelio (Gloria) who is already tipped as the successor to Pedro Almodóvar for his fierce, female-centred, sensual and sensitive films.

A Fantastic Woman will be nothing short of a landmark movie. 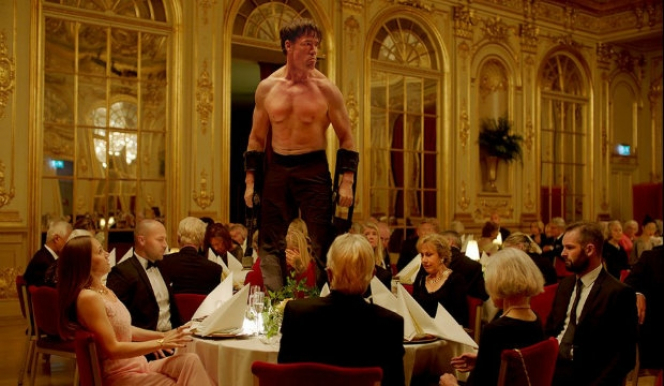 The kooky satire: THE SQUARE

The latest offering from Ruben Östlund, the Swedish director behind 2014's knockout Force Majeure, this satirical blast from the North knocked the critics' socks off earlier this year.

The film tells the story of how a museum curator tries to maintain control when the publicity for a major art installation gets out of hand.

Picking up the Palme d'Or, the highest prize, at this year's Cannes Film Festival, The Square is a daring takedown of the contemporary art scene which goes from gentle prodding to all-out body blows.

This tour de force, featuring performances from Dominic West and flavour-of-the-year Elisabeth Moss, will be hitting cinemas in the spring. 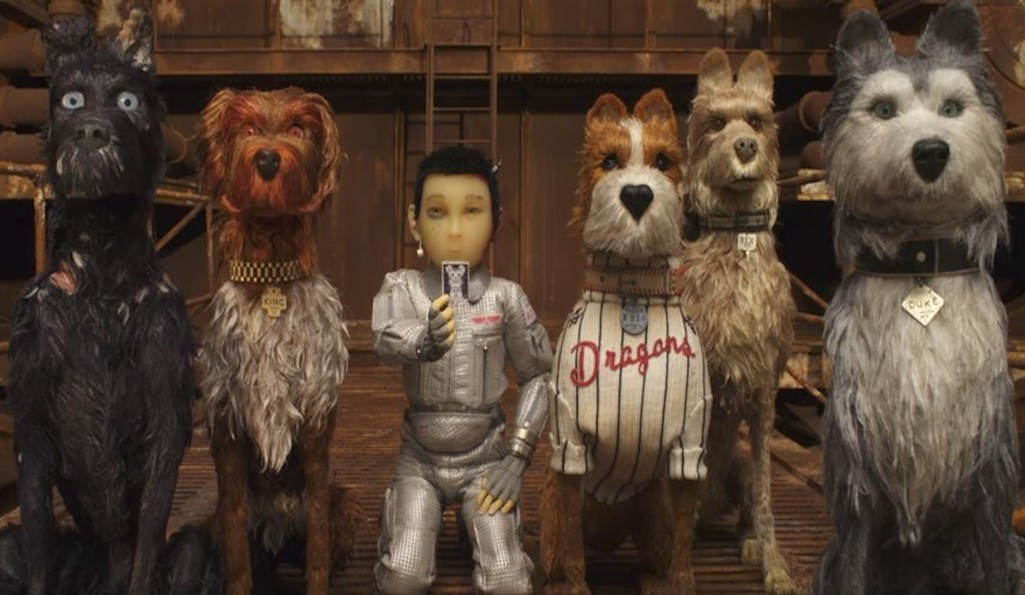 The awesome animation: ISLE OF DOGS

Who can resist a Wes Anderson film?

Even the most cynical cinema goers can't help but be a little bit swept away by his gorgeously imagined mad capers.

His latest project, Isle of Dogs, promises to offer us more of what made his last stop-motion animated comedy, Fantastic Mr. Fox (2009), so enjoyable and endearing: a fiercely witty script and plenty of animal mischief.

And, of course, a stellar voice cast – featuring, this time round, Bryan Cranston, Tilda Swinton, Bill Murray, Frances McDormand, Scarlett Johansson and many, many others.

Set in a sinister Japan of the future, the Isle of Dogs follows a group of banished mutts who help a 12-year old who has escaped to their island of waste to find his pet dog and his way back home.

With a script from polymath and frequent Wes Anderson collaborator Jason Schwartzman, this adventure looks set to be nothing short of delightful. 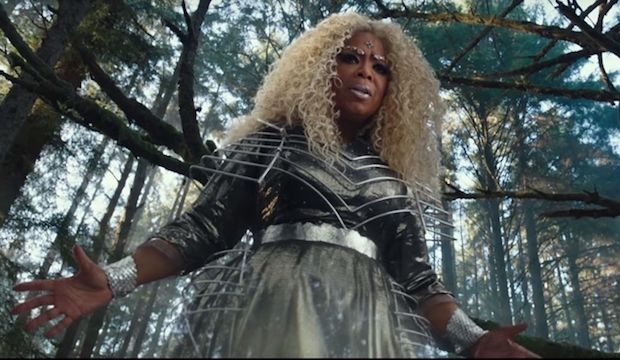 The sci-fi stunner: A WRINKLE IN TIME

A sci-fi fantasy adventure of staggering proportions, even for Disney, A Wrinkle in Time follows the young Meg Murry as she searches for her Dad, an astrophysicist being held prisoner on a distant planet.

Along with her brother and schoolfriend, she scours the galaxies with a significant helping hand from a trio of 'astral travellers' – played by a powerhouse team of Oprah Winfrey, Reese Witherspoon and Mindy Kaling – who can bend (most of) the rules of time and space.

In addition to all that, directed by the unstoppable Ava DuVernay (Selma, 13th) the film marks the first time a black woman has directed a live-action film with a budget over $100 million, so A Wrinkle of Time defies boundaries in real life too. 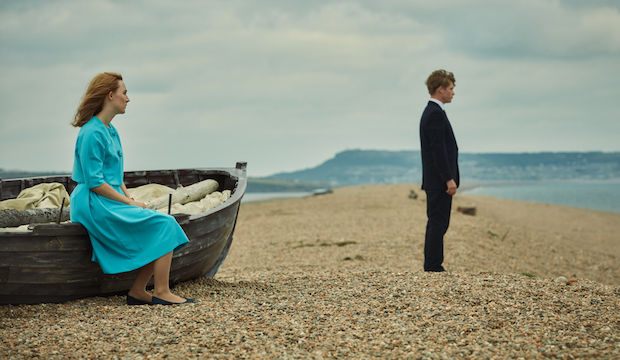 The best of British: ON CHESIL BEACH

An adaptation of Booker Prize winning novelist Ian McEwan's novella, On Chesil Beach focuses on a couple of newlyweds who struggle to connect on their honeymoon.

A subtle portrait of deep repression in a world poised for a sexual revolution, the film features rising star Billy Howle (The Sense of an Ending) and Saoirse Ronan, who acted in 2007 Ian McEwan adaptation Atonement and also takes the helm in this year's Lady Bird.

The team behind the camera also couldn't be more ideal: produced by the duo behind recent films Carol, Their Finest and the Bill Nighy-led The Limehouse Golem, it is directed by Dominic Cooke, formerly director of the Royal Court Theatre, from a script by Ian McEwan himself. 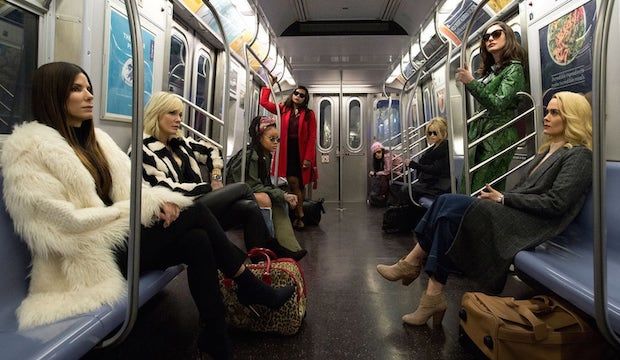 The Ocean's Trilogy is back – but not as we know it.

Directed by Gary Ross (The Hunger Games, Big), this Ocean's instalment is out to reinvent the regular testosterone-laden heist movie with a plot that doesn't involve a casino or bank and with an all-female crew of con artists.

Ocean's 8 will adding some a much needed twist to the usual offerings of long summer blockbuster season. 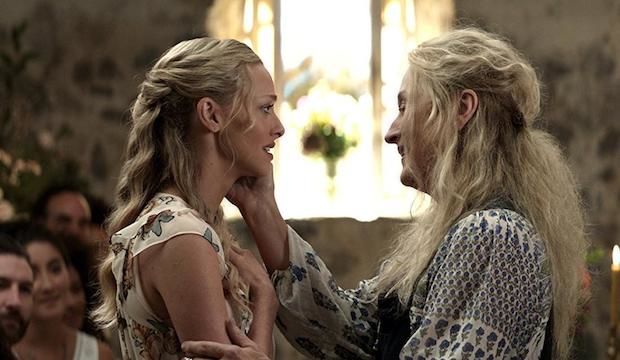 It's hard to believe that it was ten years ago that we were first whisked away to the sunny climes of the Greek island of Kalokairi, buoyed by the glorious sounds of ABBA classics.

Well, the sequel to the runaway hit musical adaptation is finally arriving this summer and this time the spotlight's firmly on Sophie (Amanda Seyfried) as she grapples with pregnancy and dives into her mom's colourful past.

And, of course, those flawless pop songs. 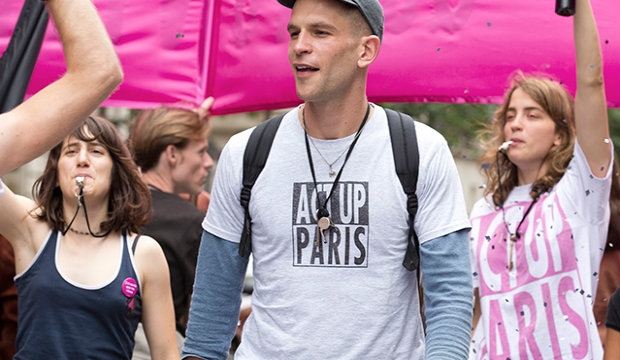 The LGBT knockout: 120 BEATS PER MINUTE

It's rare to come across a film, let alone an HIV/AIDS activism drama, that manages to be poignant, uplifting and informative at the same time.

With many scenes drawn from the experiences of the director himself, 120 BPM tells the inside story of the Paris branch of ACT UP, the HIV/AIDS direct action advocacy group, as they battle pharmaceutical companies and the government’s neglect of sufferers in the 90s.

Straddling documentary, drama and comedy, 120 BPM traverses the highs (chemically induced and otherwise) and lows of the gay community during the epidemic and, as the title suggests, is boosted by a pumping soundtrack.

120 BPM was honoured with the Grand Prix (and three other awards) at Cannes this year, and is bound to make a cult star out of its lead, Arnaud Valois. 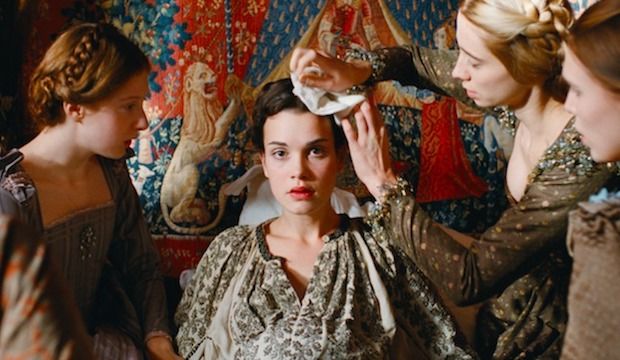 The game of thrones: MARY, QUEEN OF SCOTS

Beau Willimon, creator of enduring hit House of Cards, turns his hand to the House of Tudor in Mary, Queen of Scots.

Directed by Josie Rourke (current artistic director of Donmar Warehouse), this historical drama will delve into the world of royal deceptions, intrigues and betrayals of Mary Stuart's early life, her reign as Scottish Queen and the fallout of her attempts to claim her cousin, Elizabeth I's crown.

Mary, Queen of Scots stars Saoirse Ronan (her third major screen appearance this year) in the title role alongside Margot Robbie as her cuz. They're flanked by the likes of Joe Alwyn, David Tennant, Jack Lowden and Guy Pearce.

Forget The Crown; this is the most daring royal family drama you'll see this year.