Among the finalists for these prestigious awards are many Culture Whisper favourites whose work in London has helped secure their nominations. Among them is the brilliant Russian-born conductor Vladimir Jurowski, artistic director of the London Philharmonic Orchestra. And not one but two companies are commended for their education and outreach work: Opera Holland Park and Garsington Opera.

Nominees for best female singer include the sopranos Barbara Hannigan, who will appear soon in Lessons in Love and Violence at the Royal Opera House, and Ermonela Jaho, who was wonderful in the title role of Madama Butterfly also at the ROH.

American soprano Joyce DiDonato, who triumphed in the Royal Opera House's Semiramide is nominated for the Opera magazine readers' award, as is the US tenor Bryan Hymel who was everyone's favourite Christmas present in Cavelleria Rusticana and I Pagliacci, also at the Royal Opera House. 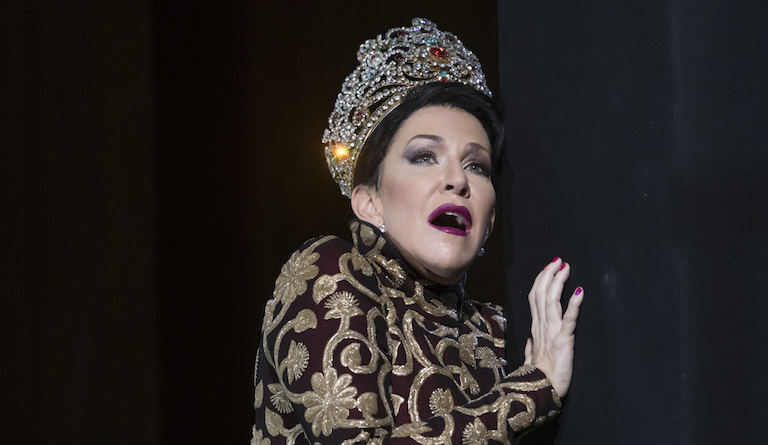 Joyce DiDonato, here in Semiramide at the Royal Opera House, is nominated for an award. Photo: Bill Cooper

Nominated recording artists include several artists from the international scene very familiar to London audiences, among them the sopranos Sophie Bevan and Joyce El-Khoury, and tenor Jonas Kaufmann.

Perhaps the most exciting part of the evening is the award for best younger singer – a sure sign that we shall hear more and more of all the nominated artists. Look out for three Culture Whisper favourites. One is the Russian mezzo-soprano Aigul Akhmetshina, who emerged as a fully-formed Carmen in Gerard Jones's production of La Tragédie de Carmen for the Royal Opera House, at Wilton's Music Hall.

Also nominated is soprano Lauren Fagan, a terrific Donna Anna in Opera Holland Park's Don Giovanni; this summer she sings the leading role of Violetta in Opera Holland Park's new production of Verdi's La Traviata. Finally, watch for the Welsh soprano Natalya Romaniw, wonderful last year in both Jenufa at Grange Park Opera and in 2016 as Tatiana in Tchaikovsky's Eugene Onegin at Garsington.

To pick the winners and cheer on the runners-up, book now: the whole opera world will be there. Guests artists will take time out from the top opera houses to perform, and the whole glitzy affair is presented by Petroc Trelawney.

Edited highlights of the International Opera Awards will be broadcast on BBC Radio 3 (15 April. 7.30pm).