Mozart, Puccini, Wagner, Bizet, Verdi and Monteverdi ... the giants of opera bestride a star-studded year of productions at Covent Garden and beyond 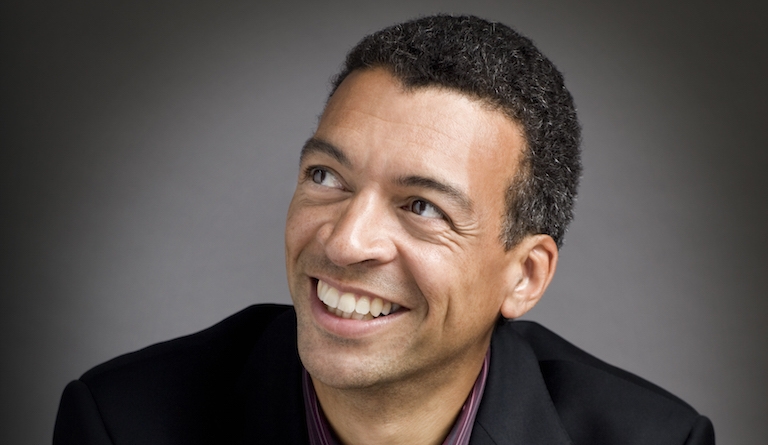 Popular baritone Roderick Williams is to make his Covent Garden debut
The best singers on the planet head for Covent Garden for the lavish 2017/18 season that includes some of the best-loved operas in the repertoire and also exciting new work. If you love the human voice, or drama, or powerful orchestral playing – or all three – there will be something for you in this 10-month programme.

TRY CULTURE WHISPER
Receive free tickets & insider tips to unlock the best of London — direct to your inbox
Operas at the core of the repertoire are here: Mozart's Don Giovanni and Die Zauberflöte (The Magic Flute), Puccini's Tosca and La Bohème, in the first new ROH production for more than 40 years, Bizet's Carmen in two versions, and Verdi's Rigoletto and Macbeth. The Ring Cycle of Wagner will also be performed in its entirety, four times. 'The Ring is what makes a company: it can bring a company down!' admits music director of the Royal Opera Antonio Pappano, unveiling the season in April 2017.

Company is what it's all about for the new director of opera, Oliver Mears, whose first season this is. Although his own productions will not appear on the schedule for a year or two – opera works a long way ahead – like the chief executive Alex Beard he is already committed to extending audiences beyond the four walls of the opera house, and to fielding home-grown singers who rise up through the house's own Jette Parker scheme. 'The rhetoric of division risks turning people inwards,' says Mears, embracing, by contrast, the borderless world of music.

But it's the big-name singers in enduring operas that have opera-lovers besieging the box office as the season goes on sale at three points in the year, dates to be announced on Culture Whisper.

Must-sees this autumn include the passionate La Bohème (11 Sept to 10 Oct, and 16 June to 20 July 2018), sung by a suitably youthful international cast, the magical Die Zauberflöte (12 Sept to 7 Oct) with Roderick Williams making his house debut as the birdcatcher Papageno, and Rossini's spectacular Semiramide with Joyce DiDonato in the title role (19 Nov to 16 Dec).

Christmas and the new year bring Rigoletto (14 Dec to 16 Jan) with the exciting American tenor Michael Fabiano as the cruel Duke of Mantua, The Return of Ulysses (10 to 21 Jan 2018) to mark the 450th anniversary of the birth of its composer, Claudio Monteverdi, the father of opera, with Roderick Williams in the title role, and Tosca, some performances starring Angela Gheorghiu in the title role (15 Jan to 3 March).

Carmen directed by the innovative Australian Barrie Kosky is double-cast for its 11 performances (6 Feb to 16 Mar), Janáček's From the House of the Dead, based on the Dostoyevsky novel of the same name, is conducted by the dynamic Teodor Currentzis (7-24 March) making his house debut, and Macbeth (25 March to 7 April) stars Anna Netrebko as Lady Macbeth, a role that she has made very much her own.

Shostakovich's own take on Lady Macbeth, his outrageous Lady Macbeth of Mtsensk, is performed with the theatrical soprano Eva-Maria Westbroek (star of the mould-breaking Anna Nicole) in the title role (12-27 April 2018), a new opera, Lessons in Love and Violence (10-24 May 2018) by George Benjamin, composer of the highly successful Written on Skin, features the thrilling Canadian soprano Barbara Hannigan, Don Giovanni has the Polish baritone Mariusz Kwiecień in the title role with, as his servant Leporello, the Italian baritone Ildebrando D'Arcangelo (who is also a renowned Don).

Bryn Terfel stars in Verdi's Falstaff (7-21 July) with Simon Keenlyside as Ford, and for two nights only the phenomenal Lebanese-Canadian soprano Joyce El-Khoury appears in a concert performance (18 and 21 July) of a Donizetti rarity, L'Ange de Nisida, the story of an ill-fated love affair between a soldier in exile and the king's mistress.

Tickets for the Ring Cycle, performed four times in September and October 2018, will go on sale in autumn 2017.

All operas, except the Monteverdi, which has been translated into English, are sung in the original language, with English surtitles. Most are given one live relay at cinemas all over London and nationwide.

Culture Whisper top tip: Around half the ROH tickets cost less than £60, which makes experimenting with opera more affordable than some West End musicals. When tickets go on sale, it's a good idea to have your own log-on at the Royal Opera House already up and running. Click here to find out how, and be ready for the online race to the orchestra stalls ....