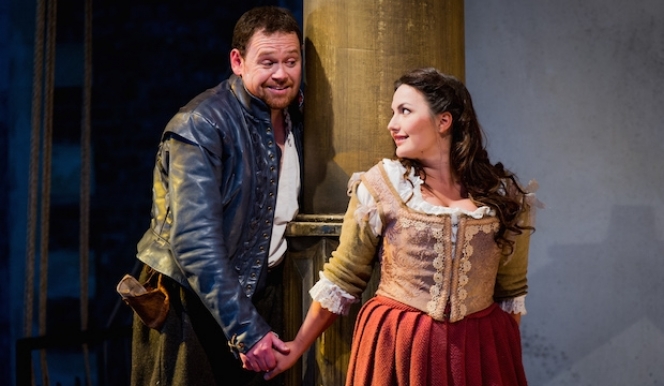 Three new productions – of Mozart's virtuosic Don Giovanni, Puccini's romantic La Rondine and Leoncavallo's rarity Zazà – are to be joined by a revival of Janacek's tragic Kat'a Kabanova, which was staged to great acclaim by Oliver Fuchs in 2009.

Further details are to be announced, but the season, with about 40 dates, is likely to run from early June until mid-August, with performances in the unique surroundings of Holland Park, where the backdrop of the old mansion house and the state-of-the-art bird's-wing all-weather cover together create an atmospheric venue that lends itself to operas classical and modern.

The 2017 season will be the 22nd by Opera Holland Park, which in 2016 has stepped out on its own from under the auspices of Kensington and Chelsea Borough Council, and is continually expanding its outreach and education projects – including one to get the passionate supporters of football to be equally passionate about live music.

Initiatives such as under-30s ticket schemes and educational outreach projects that help foster new audiences for opera are underpinned by a renewed three-year sponsorship deal with wealth and investment advisers Investec.

Leoncavallo's Zazà has recently been a success in concert, and has been recorded to great acclaim by Opera Rara. A full-scale production will be a big occasion, and continues Opera Holland Park's commitment to neglected late Italian operas.

With four productions in the 2017 season, rather than five as has become the norm, there will be more chances to catch each opera, with a greater number of performances of each.