Summer is only a few beats away: enjoy open air music of the highest quality as Garsington Opera booking opens 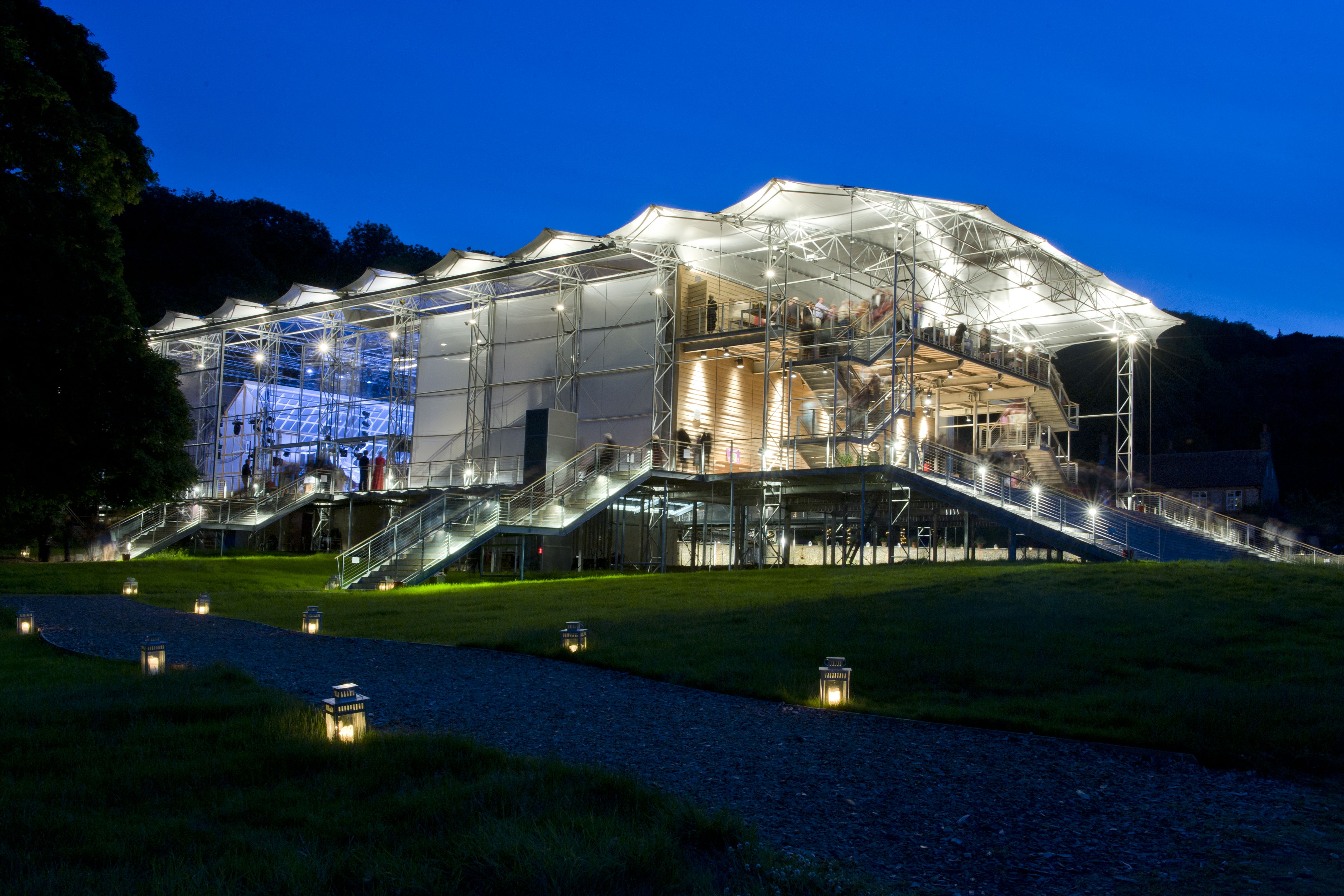 The summer opera house at Garsington rises from the gardens. Photograph: Mike Hoban
One of the loveliest musical expeditions out of London, a trip to Garsington Opera has the lot: top flight singers performing in an intimate space, a stimulating mix of established and new repertoire, meltingly beautiful gardens for picnicking and horticultural inspiration – and it’s only half an hour back to Marylebone by train.

TRY CULTURE WHISPER
Receive free tickets & insider tips to unlock the best of London — direct to your inbox
The 2017 season boasts a record four full-scale productions and a new work combining the talents of professional and amateur performers.

The eight-week season opens on 1 June with Handel’s Semele, designed by Nicky Shaw, directed by the artistic director of Norwegian national Opera, Annilese Miskimmon, and with Jonathan Cohen, making his Garsington conducting debut. In Semele, the god Jupiter is entranced by the beauty of the mortal of the title, but the interlocking of the earthly and the divine has tragic consequences. The seven performances are from 1 June to 4 July.

Opening hard on its heels is Le Nozze di Figaro, with 11 performances from 2 June to 16 July. Garsington’s artistic director Douglas Boyd conducts Mozart’s masterpiece, which will be directed by John Cox with designs by Robert Perdziola. The production is a recreation of one staged in 2005, when Garsington had a different home.

All eyes will be on the baritones singing the Count and his servant, Figaro, and the sopranos singing the Countess and her maid Susannah, as the domestic staff get the better of their duplicitous master and effect a reconciliation between him and his neglected wife.

In the revival of Martin Duncan's 2011 production of Rossini’s rumbustious Il Turco in Italia ( eight performances from 26 June to 15 July), Rossini specialist David Parry conducts the romp based on unrequited love and mistaken identity, with a suitably boisterous set by Francis O’Connor.

Roxanna Panufnik has a real gift for compositions that are warm, melodic and memorable, so her new opera with librettist Jessica Duchen is a very promising prospect. Silver Birch uses professional artists and local people in a production that combines music, dance and the poetry of Siegfried Sassoon. Performances are from 28 to 30 July.

For priority access to the best seats in the purpose-built, glass-sided auditorium, there is a membership scheme, and there are deals too for under-30s.

Public booking opens online and by telephone from 10am on Tuesday 28 March 2017.