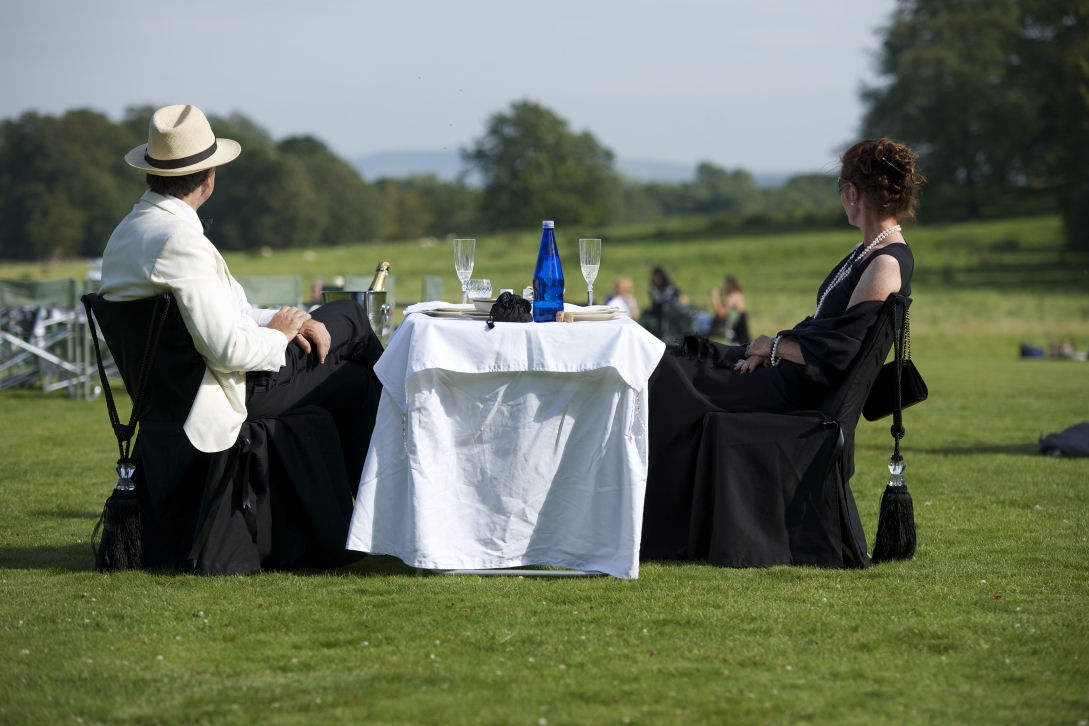 At Glyndebourne Festival Opera, Garsington Opera, Grange Park Opera, and even right in the heart of London at Opera Holland Park, music-lovers who know Puccini from Verdi also know Pucci from Ferrucci, and eight ways to serve caviare. You can run a business, raise a family, do the juggling thing, but nothing compares with the precision planning involved in a night (and most of the afternoon) at the opera.

But the rewards! Every second spent devising ways of feeding six people from one coolbox, of dressing externally for June over November underwear, of mugging up on obscure 17th-century compositions, is repaid a million-fold by the heady hours that result: travelling in expectation, eating al fresco with friends or à deux, drowning in music, reviving wrapped round a glass of champagne, and then another one, spinning home hours and hours later, dizzy with sensory riches. 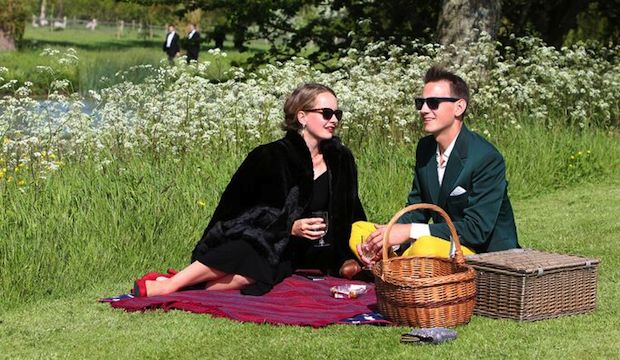 The party begins, perhaps unpromisingly, at a railway terminus, unless you are just popping into Holland Park for OHP’s summer season: that’s easy-peasy. But it’s Victoria for Glyndebourne, Waterloo for this year’s new-look Grange Park, and Marylebone for Garsington.

And you start early. Opera-goers sport evening gowns and black tie at lunchtime, and while your fellow travellers in their workwear and travel gear may look at you as though you have come from the planet Zog, you will not be alone. There are proscribed trains for each production: they are met by a shuttle bus or taxis, and you want to be on that bus, otherwise it’s a long country walk in high heels.

In carriage after carriage, the overdressed and over-excited waste no time. Pop! The train is moving, so is the cork of the Roederer: it’s off, we’re off, the party is on. Break out the grissini and guacamole: Sussex/Buckinghamshire/Hampshire, here we come. (Note: chauffeurs are welcome at country house opera car parks, helicopters can be parked by prior arrangement, but self-driving is not recommended: see champagne, above.)

Conversation flows, friendships form. There is a lovely young man I only ever see at the opera. I don’t know his name, he doesn’t know mine; we greet each other like long-lost siblings every trip as we tumble through the train with our picnic hampers. “You have the best hair in opera!” he called out last time. (This is not true.) Even Carmen could live for months on that. 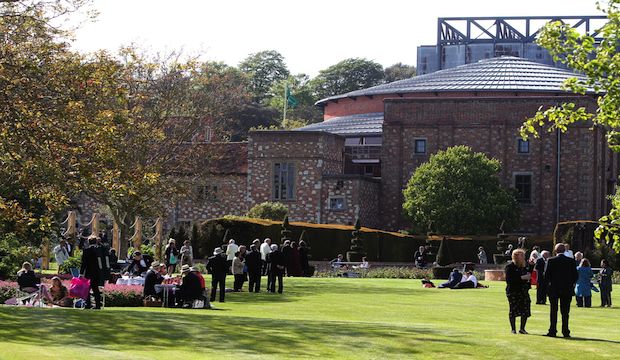 Breaking out the picnic at Glyndebourne. Photograph: Sam Stephenson

Off the train, on to the little bus, with much bumping, apologising and whooping, and soon the house is in sight: graceful, circular Glyndebourne, with its old house and garden alongside, airy Garsington, and, new this year, a historic new home for Grange Park Opera – Bamber Gascoigne inherited West Horsley Place, and has put it to arty use. Hats off for Bamber! And shoes on: those flatties were good for cantering down Platform 15, but now you want something so spikey you can aerate the grass. The opera walk is developed with care: all the weight is on the ball of the foot. Lean back and your stilettos are embedded in the lawn, and so are you. You won't be outdoors all the time, of course: the productions are safely staged under cover, but a fleecy blanket can be handy at Garsington and Opera Holland Park, whose draughtier houses are built for summer only.

Bag your picnic spot, and remember that the sun sets in the West: what is warm and light at 2pm may be plunged into cool shade by the time of the 85-minute dinner interval. At Glyndebourne, that means heading far down the long lawn toward the end of the lake, and you might grab a bench, too; at Garsington the formal gardens are ravishing, but the meadow is more open. The rehoused Grange Park is uncharted territory: I’m packing a compass. And, as always, a big, big wrap: the hottest afternoon can turn into a distinctly Arctic evening.

With an hour or two to go before curtain up, once the second drinks and snack of the day are tidied away (take wet wipes – salmony fingers get fishier during Act One), and dinner laid up ready for later, it’s time for a nature ramble. What do they put on the gardens at Glyndebourne to make their plants grow twice the height of everyone else’s? Minced mezzo-soprano? Oops, sorry, backed into the Henry Moore. Isn’t that (fill in name of major celebrity here)? Yes, and he's/she’s with (fill in name of surprise companion). Who needs an opera plot? It’s all out here in the shrubbery.

The bell! Rush, rush, to cover up the campsite, to the loo, to your seat. We’ve had hours and hours to spare, and now we’re all in a panic. Men who haven’t broken into a trot since they were late for double Latin are sprinting unevenly through the bar. Women in soil-encrusted heels (they leant back) are running with one leg and walking with the other, their little evening bags swaying like Christmas lights. I’ve lost the tickets!! Which is Red side, which is Blue side? The patient, elegant front-of-house staff put the last pieces of the human jigsaw into place. Cue conductor.

Poor singers and players: they know that their audience is giddy and silly and madly happy, just when they are about to unfold a terrible tragedy. But then an extraordinary thing happens: the music starts, and if it’s solemn, we are solemn; if it’s frisky, so are we. It takes seconds, and the mood is set. The playing has you on the edge of your seat, the singing is sublime, the set and costumes are beautiful, or eye-catching, or thought-provoking, or all three. 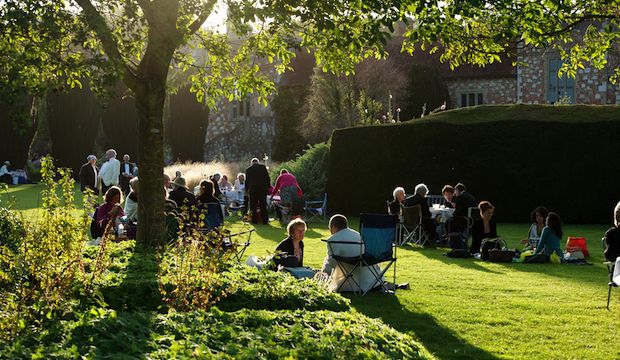 To seat or not to seat .... dedicated Glyndebourne-goers take to the grass. Photograph: Leigh Simpson

Harder, you would think to recapture the mood after the long interval. But it happens. The music soars back into life. (One or two older heads will loll, this far into the exercise: artists who have flown half way round the world to sing next to a field and who can dimly see into the auditorium, must suppress a smile.)

Curtain calls, bus, train, home…. after months of planning. But there is loads more to come. Loads and loads: this year the four major house have, between them, 18 productions (see many reviewed on Culture Whisper), with scores of performances all told. And before this summer is over, the next one begins, in the shape of the 2018 season announcements. You will find them all here on Culture Whisper, and you can never start your must-take list too early: