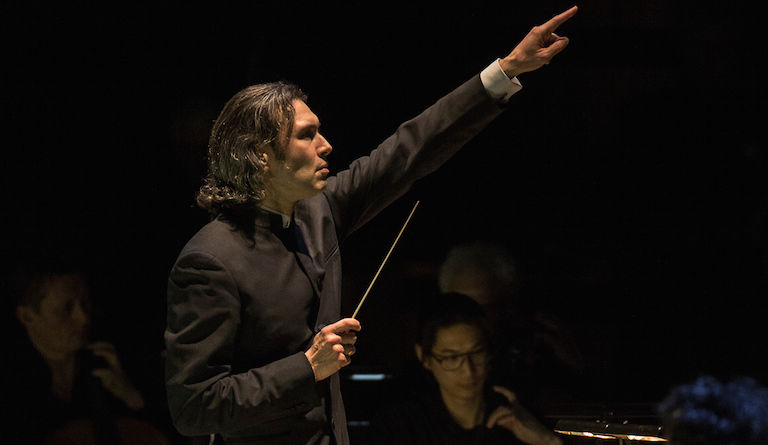 Vladimir Jurowski is the London Philharmonic Orchestra's inspirational principal conductor. Photo: Simon Jay Price
'The English may not like music, but they absolutely love the noise it makes.' This typically tongue-in-cheek pronouncement by the great British conductor Sir Thomas Beecham was recalled by the London Philharmonic Orchestra's principal conductor Vladimir Jurowski as he unveiled his musicians' exciting new programme for 2018/19.

Conducting 12 of the year's 35 concerts himself, and handing the baton to other great interpreters for the remainder of the events, his perceptive programming once more demonstrates the Russian's extraordinary command of the international language of music. From a chronological tour through the music of Stravinsky, launched in 2017 and continuing into 2019, through the complete Beethoven Piano Concertos and with opera in concert and commemorations of the end of the First World War, the season is packed with drama and emotion.

The season opens on 26 September with two concerts in one week: try to catch Jurowski and the LPO in Mahler and Mozart (29 Sept), when they are joined by mezzo-soprano Sarah Connolly and pianist Mitsuko Uchida.

In the two-year journey through Stravinsky's music, highlights include a concert performance of the witty opera The Rake's Progress (3 Nov).

Lovers of music for the piano will drop everything for the five Beethoven piano concertos played on consecutive nights (22 and 23 February 2019), with Javier Perianes as soloist.

As for the English and their noise, the theme Isle of Noises runs through the new season, celebrating the tradition of welcoming composers from other shores into the British music scene, from Handel in the 18th century to the fugitives from Germany at the time of the Second World War. Listen out for Haydn's The Seasons (2 March 2019), created during the composer's stay in London and written for local audiences.

Culture Whisper will make regular recommendations from this huge season. Click here for the five best concerts in the autumn.

Booking for the London Philharmonic Orchestra's 2018/19 season is open now. Click here for the full programme and booking.
Share: