This thrilling and stylish BBC drama explores the devastating effects of a murder separated by thousands of miles. Kelly Macdonald stars 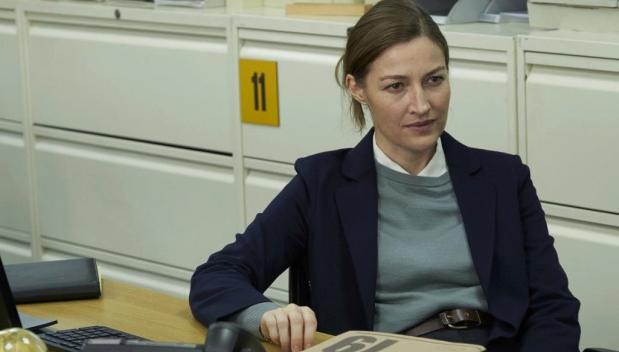 It’s pretty standard for the genre to start with a murder, but Joe Barton’s shock-a-second writing and Julian Farino’s furiously fluid direction gel to create something that looks new, and which both seeks and steals attention. They clearly don’t see much value in tackling anything slowly, and don't stretch out the mundane details to build up a pretend sense of suspense; but equally, it never feels rushed or skipped. Everything plays out at a perfect pace.

The catalytic murder in question is that of a yakuza boss’s nephew, a Japanese businessman in London, who’s found with a small, strange sword lodged in his back. Barton then takes the story to Japan, where a conflict stirs between two oppositional yakuza gangster groups. The Tokyo police – including the series’ hero, detective Kenzo Mori (Takehiro Hira) – work with the mobsters to maintain the peace; but new murders threaten that possibility, especially after the news of the nephew.

Then a devastating revelation befalls Mori: his assassin brother Yuto (Yôsuke Kubozuka), apparently deceased, is believed to have murdered the nephew. This is where Giri/Haji’s fast style flourishes: through Mori’s distorted memories of Yuto, told with intense but immersive melodrama. Mori travels to London to get him back and avoid a yakuza war. He goes under the guise of a mature student studying crime management, where he meets the lecturer and local detective Sarah Weitzmann (Kelly Macdonald). 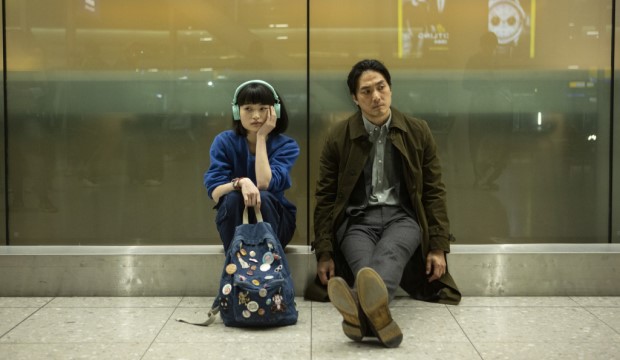 Mori has a special affinity for his troubled daughter, Taki (Aoi Okuyama, left)

But Mori’s leading light is almost snatched away by Detective Weitzmann, who’s alienated by her London colleagues in her own struggle between duty and shame. She’s played by an awkward but fiery Kelly Macdonald: great in everything she does (check out The Victim on BBC iPlayer), but she's clearly having a lot of fun here.

Giri/Haji sparks in the thick of an escapist crime thriller, but it’s the unpredictability, the shocks, and the heavy stylisation that elevate the series above similar shows we’ve had to sit through. It’s a detective drama high on cocaine, and that cocaine is supplied by gun-heavy gangsters and hilarious rent boys. After high hopes for the genre were murdered by the underwhelming Dublin Murders earlier this week, Giri/Haji raises them to new and exciting heights.

Giri/Haji airs on Thursday 17 October at 9pm on BBC Two. All episodes will be available on BBC iPlayer once the first episode airs. 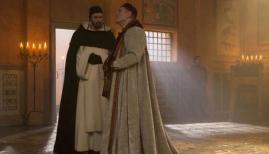 The Name of the Rose, BBC Two review