In the penultimate episode of this ITV true-crime series, Steve Fulcher (Martin Freeman) faces trial for gross misconduct and malfeasance

In episode five, the penultimate chapter of the series, Steve’s mind seems on the brink of snapping as he faces a police trial for gross misconduct and malfeasance. 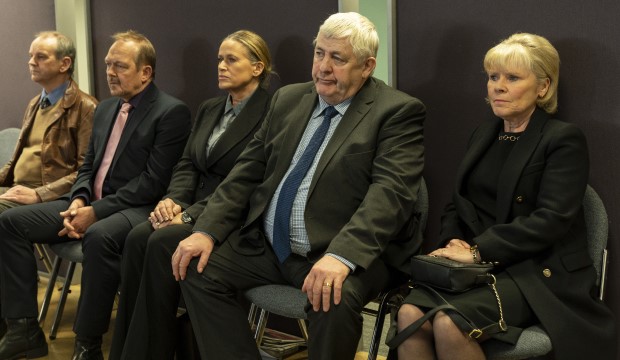 The stress of the charges against Steve begins to bleed into his home life. Contrary to the deep drama of previous opening scenes, this episode begins happily and idyllically: unwrapping anniversary presents in bed with his wife and kids. It sets a lighter tone than normal, much of the material less gruesome than in other episodes.

Pope focuses on Steve’s anxieties, his doubts, his sureties. His relationship with his wife Yvonne (Kate Ashfield) becomes strained and frosty as she encourages him to leave the police. In one short scene, delicately written, she suggests he have a shower and he robotically states the issue of ‘obfuscation’. His mental state is starting to slip.

This is assuaged, if only slightly, by the efforts of Karen Edwards (Imelda Staunton) to support Steve with a petition to raise in Parliament. ‘Justice for Steve is justice for Becky,’ she says about her murdered daughter to her husband Charlie (Peter Wight).

She goes so far as to try and change the law, so that Pace (the Police and Criminal Evidence Act) can accommodate extraordinary circumstances like the Sian O’Callaghan-Becky Godden case. It’s doubtful whether Steve could have coped this far without Karen’s support, making their relationship – slight though it is – fascinating to watch. 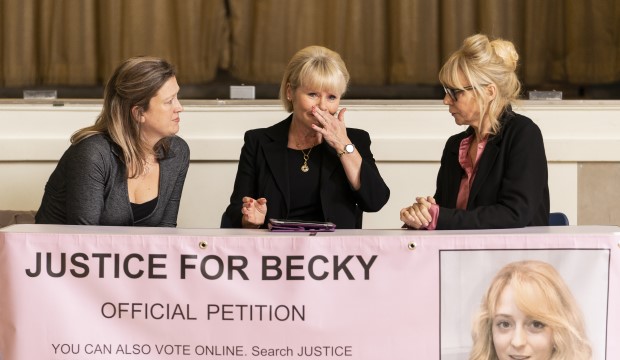 Karen tries to support Fulcher by petitioning to change Pace

Meanwhile, the police continue to visit Sian’s mother Elaine (Siobhan Finneran). Pope largely avoids the harrowing in this episode, but there is a morbid scene in which Elaine asks about how her daughter was murdered and whether she suffered. Director Paul Andrew Williams overlays too much music in these moments, short-changing the overall sense of realism that the series aims for. But Pope’s writing still hurts with these horrifying details.

Elaine’s relationship with her boyfriend Pete (Derek Riddell) unveils with more subtlety. Pete grows more domineering with each episode: clearly wanting to be the ultimate male protector, making Elaine’s every decision, and getting angry at the smallest things.

It’ll be intriguing to watch how the series concludes, as six hours’ worth was clearly a struggle to facilitate. There are many details that could have been trimmed around the edges, but each episode delves into these real-life characters with such detail and precision that it would be difficult to know what to cut. We’ll find out soon enough whether it’s all been worth it.

A Confession continues Mondays at 9pm on ITV