From the return of Jesse Pinkman in El Camino: A Breaking Bad Movie to Meryl Streep's fight against international fraud in The Laundromat, Netflix in October is full of crime 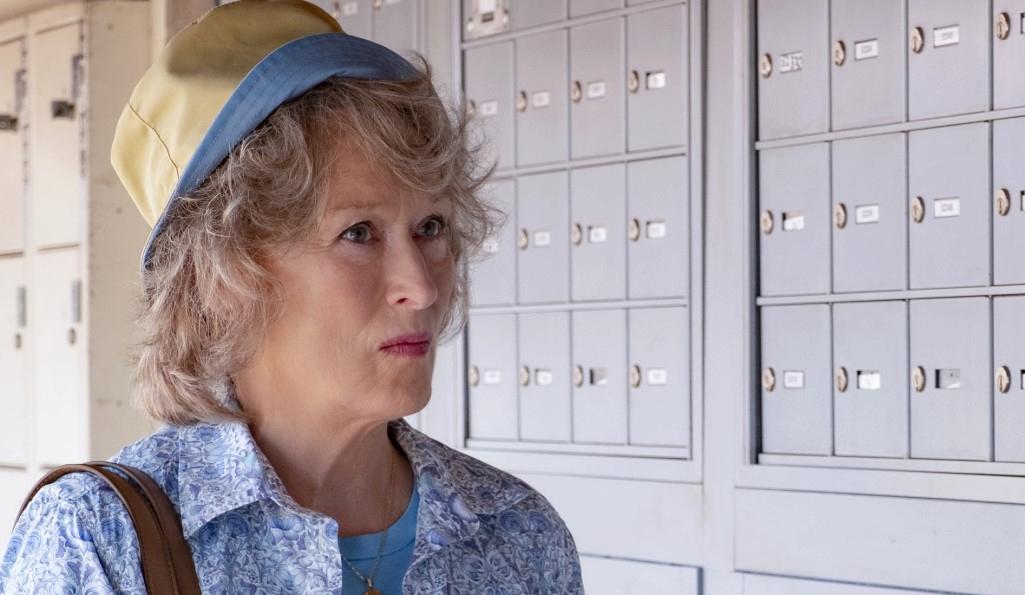 How can the greatest TV ending of all time be improved? We’re not sure. However, we put our trust and faith in the holy writing talents of Vince Gilligan, who's now made a direct movie sequel to his thrilling drug-drama Breaking Bad.

Plot details have been kept under wraps, but it’s been revealed that El Camino will follow Jesse Pinkman (Aaron Paul) shortly after his escape from the neo-Nazi prison in the series finale.

The teaser trailer sees Skinny Pete being interrogated by the DEA about Jesse, and he's clearly not telling anyone anything. Will Jesse finally be able to lead a normal life after the trauma of Heisenberg?

Meryl Streep dealt with the Pentagon Papers in The Post; now she’s tackling the Panama Papers in The Laundromat. Based on the Pulitzer-winning book Secrecy World, the Steven Soderbergh-directed film follows the people who uncovered and facilitated a tax-avoidance scandal that shook the world.

Unleashed in 2016, the Panama Papers revealed hundreds of off-shore accounts set up to avoid paying tax. In total, 143 politicians were implicated, including 12 national leaders. It was one of the largest leaks in history, with 11.5 million documents and 2.6 terabytes of information released.

Gary Oldman also appears as Jürgen Mossack, a co-founder of the law firm that facilitated these tax avoidance schemes. The story is confusing and complicated, but endlessly fascinating. A movie version was inevitable.

Imagine bumping into an exact replica of yourself. The concept has flowed through culture from the existential literature of Fyodor Dostoyevsky (The Double) to the surreal cinema of David Lynch (Mulholland Drive). And now, in a similar vein, the modern powers of Netflix have cloned Paul Rudd for their new existential comedy series Living With Yourself.

Miles is depressed, and he goes to a spa treatment that promises to make him happy. It succeeds for a little while, but then – would you believe it? – his doppelgänger comes searching for him. As it turns out, this version of him is better at Miles’ life than he is. Also starring This Way Up star Aisling Bea, Living With Yourself looks like a playful, funny, and frankly weird experience.

Every season, every episode, and every scene of Big Mouth revels in the hilariously unpredictable. In this bizarre adult animation, there are talking vaginas, songs about puberty, and adolescent feelings personified by Shame Wizards and Hormone Monsters. It's impossible to know what's coming next.

Certainly not one for work, or with family, Big Mouth crushes taboos while being grossly educational – a feat that only rude cartoons can reach.

It's been over 20 years since Sarah Jessica Parker first wowed the world as glamorous Carrie Bradshaw in the hit Sex and the City series. Luckily, not much has changed. The 2008 film showed everyone's favourite NYC foursome remain as stylish, hilarious and outrageous as ever. Sex and the City: the Movie delves into their world of female friendship, dating and sexuality.

After Big (Chris Noth) proposes, Carrie gets carried away with wedding preparations. Vivienne Westwood's latest wedding dress may be waiting in Carrie's closet, but has she lost sight of what really matters? Samantha (Kim Cattrall) weighs up the pros and cons of playboys and Botox, Charlotte (Kristin Davis) struggles with a growing family, and Miranda's (Cynthia Nixon) not-so-perfect marriage leaves her in meltdown.

The message? Happily ever after might involve four Cinderellas, not just one.

We’ve already had one teen drama set in a chaotic environment, The Society, and that was new levels of terrible. However, Daybreak looks to have some fun.

In a Mad Max-y, post-apocalyptic California, a nuclear blast has torn society apart. Tribes race and pillage on the roads, but the high-school cliques still function the same way – only this time with flamethrowers and samurai swords.

Superheroes dominate the current culture, to the point where it’s irritating. But when a more original idea comes along, one that shakes up the current format, it’s worth paying attention to.

Raising Dion looks like every comic-book origin story, but with a more parental edge. Dion (Ja’Siah Young) is a boy gifted with superpowers, which both saves and endangers his life. His mother Nicole (Alisha Wainwright), widowed after the death of her husband Mark (Creed’s Michael B Jordan), now has the daunting task of raising Dion while keeping his powers a secret.

Shrek is a bit like Cheddar or fine wine: it just keeps getting better with age. The Oscar award-winning animation has won 39 awards and gained 60 nominations since it came out in 2001. And on 11 October, Netflix is bringing the familiar voices of Mike Myers (Shrek) and Cameron Diaz (Princess Fiona) back to our screens.

As the unlikely hero Shrek voyages through this topsy-turvy fairytale, white steed and fair princess become loud-mouthed donkey and karate-kicking ogre. With a heart-warming plot and a banging soundtrack, it's no wonder Shrek remains a family classic.

Since Dustin and his science-camp girlfriend sang the NeverEnding Story theme in Stranger Things, Netflix was bound to pick up the actual film.

A classic family fantasy adventure from the 80s, The NeverEnding Story follows a child escaping into a magic book. He wanders across a fairytale world with furry dragons, rocky monsters, and wise old gnomes.

It looks like things are hotting up in season four of Riverdale. As Archie, Veronica, Jughead and Betty toast their senior year, we're left wondering what's to celebrate and what's to fear…

Season three left us with a ton of questions, and we can't wait to find out the answers. Where is Poppy, and when will she come back? What happened at the farm, and why was Kevin the only one left behind? And, most importantly, why wasn't Jughead part of the chilling flash-forward in last season's finale?

Whatever the answers, season four is sure to be a cocktail of passion, violence and horror. 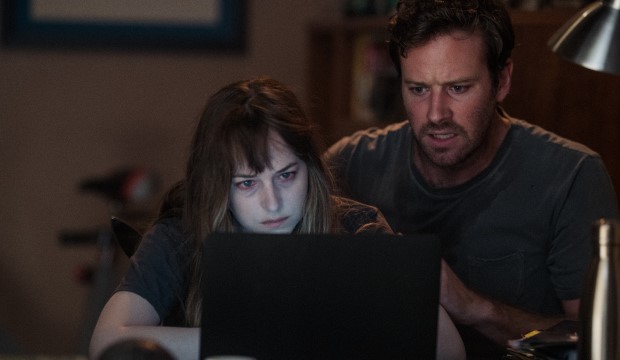 Many terrors lurk in the depths of cyberspace, and many horror/thriller filmmakers have leapt at the opportunity to show them on screen. But with the likes of Unfriended, Slender Man, and Searching, the genre hasn’t yet broken the Internet. Maybe Wounds will change that.

Starring Armie Hammer and Dakota Johnson, this blue-screen horror follows Will (Hammer) as he’s tortured by his mobile phone.

2019 has been a great year for Stephen King. It: Chapter Two is making billions at the box office; Doctor Sleep (the sequel to The Shining) is about to creep into cinemas and, in September, King published a brand-new, telekinetic novel (The Institute).

In the Tall Grass only adds to the King hype. Based on a novella written by King and his son Joe Hill, this Netflix film follows a gaggle of teenagers as they stumble upon a field of long grass in the middle of Kansas.

But, of course, this isn’t just any field. When the group venture inside after hearing a boy’s cries, they’re ensnared and trapped inside the tall grass where all sorts of terrors lie. The Conjuring’s Patrick Wilson stars. 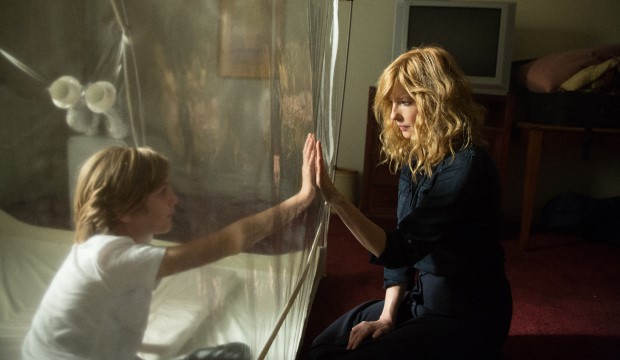 Often haunted house dramas can be easily resolved by just driving away and never returning. But in Eli, that’s practically impossible.

Eli (Charlie Shotwell) is a child suffering from a debilitating illness that stops him going outside. His parents take him to a specialist doctor who tries a new experimental treatment. But afterwards, Eli is haunted by frightening ghosts in the house. And there’s no escape. Stranger Things' Sadie Sink also stars. 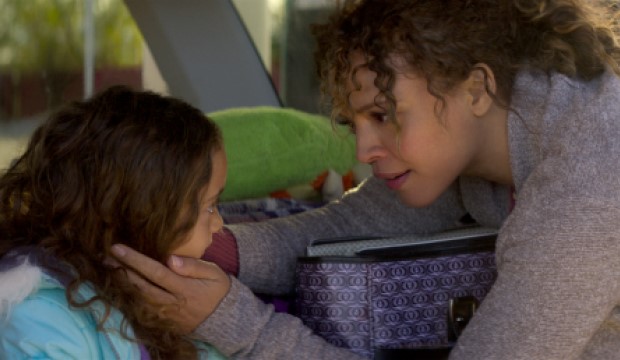 It’s hard to consider the lengths we’d go to save a loved one. Is it possible for a law-abiding citizen to steal, hurt, or even kill if someone close to them is threatened? It doesn’t bear thinking about.

But writer-director Zak Hilditch (1922) has thought about it a lot with his new film Rattlesnake. Single mother Katrina (Carmen Ejogo) drives with her daughter Clara (Apollonia Pratt) and break down in the middle of nowhere. When Clara is suddenly bitten by a rattlesnake, Katrina desperately tries to find help. She finds a mysterious woman who heals her daughter but, in exchange, Katrina must kill someone. 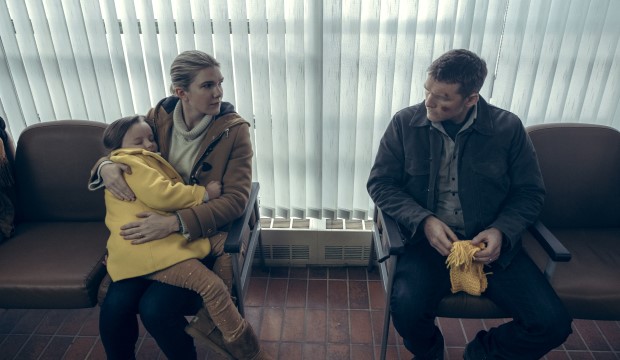 Hospitals are frightening places; nobody wants to stay for too long. How many people die in such a place? How many germs spread around? But Fractured ignites a much more common fear: of the doctors.

A family takes a road trip: a father (Ray), a mother (Joanne), and a daughter (Peri). When they stop at a service station, Peri suddenly injures herself and needs to be taken to the emergency room.

But the hospital staff have very dubious intentions. Peri is taken away with Joanne for further tests, but then their records disappear – like they weren’t even there. Ray tries desperately to find them again. Sam Worthington stars.

However old you are, Eddie Murphy was always a comedy icon. Whether providing the laughs in 80s buddy-cop dramas like 48 Hrs and Beverly Hills Cop to playing the lead in absurd family comedies like The Nutty Professor and Doctor Dolittle, Murphy’s known across generations. But he’s played fewer roles of late, and there was a worry that he slipped off the grid entirely…

That is, until Dolemite is my Name, which looks to encapsulate everything there is to love about Murphy’s famous (and infamous) comedy talents. Examining the 70s entertainer Randy Ray Moore, writers Scott Alexander and Larry Karaszewski (American Crime Story, The People vs Larry Flynt) look at his plunge into blaxploitation filmmaking with his kung-fu fighting comedy character, Dolemite.