The best thing about cooler evenings is cosying up with a film. Get excited about the new season with our favourite autumnal films to stream now 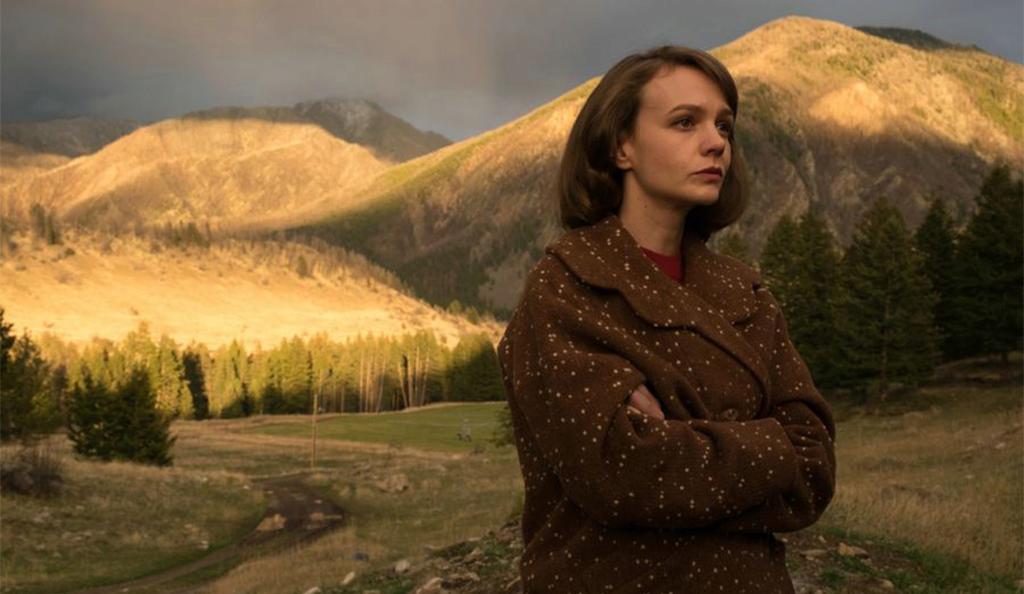 Carey Mulligan in Wildlife
Golden leaves, chunky jumpers, hazy romance – if you can't experience the landmark autumn staples in real life, at least you can spend a few hours with them on the silver screen. While the end of summer spells a set of blues for many, the newfound love for the indoors offers more possibilities to do some movie-watching homework.

From film nut classic romances to under the radar biographical gems of the last few years, here's a curated selection of eight movies to get you in the mood for an enjoyable autumn – and everything you need to know about where to stream them. 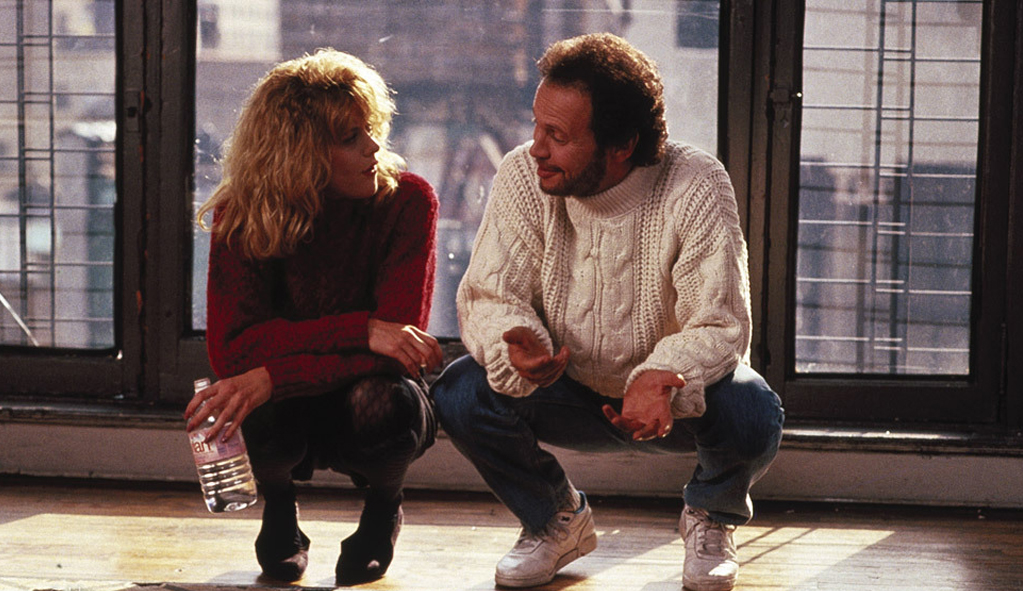 Arguably Nora Ephron's biggest hit in terms of big screen scripts, When Harry Met Sally was one of the first films to ask whether men and women can really 'just be friends'. Working closely with director Rob Reiner, Ephron's story sees two university friends, Harry Burns and Sally Albright, come in and out of each other's lives while learning the limits of their relationship.

The mood is all about change – as the film is punctuated by 12 years of chance encounters, and the seasons adapt accordingly. Plus, When Harry Met Sally offered the foundational idea of the 'transitional person' – showing an emotional shift that fights more than just the weather.

Available to stream on Netflix

The Nightmare Before Christmas 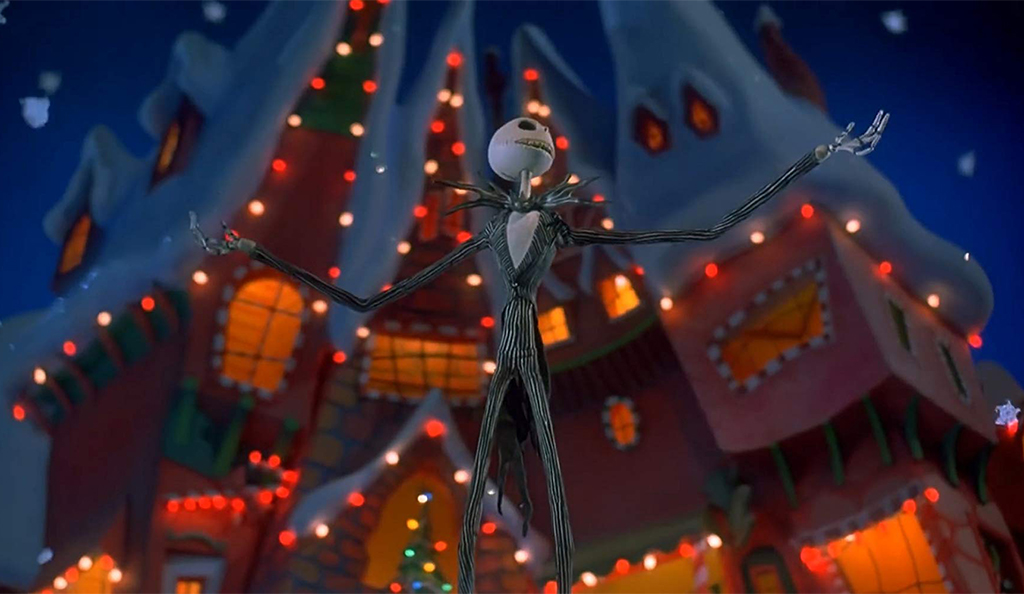 It's been contested as a Christmas film or a Halloween film, but Tim Burton has always been associated with those darker days and so his stop-motion masterpiece feels perfectly suited to ease back into autumn with. The Nightmare Before Christmas sees Jack Skellington, the King of 'Halloween Town' discover the existence of Christmas.

While the goal is decidedly festive, Jack's roots anchor the film in a more ambiguous state, as he fights between what he knows of Halloween and what the world has to offer beyond the twinkly lights of the festive period. Pumpkins, ghouls and the undead abound – making this feel much spookier and alert than the average sickly-sweet Christmas titles.

Available to buy on Amazon Prime Video and stream on NOWTV 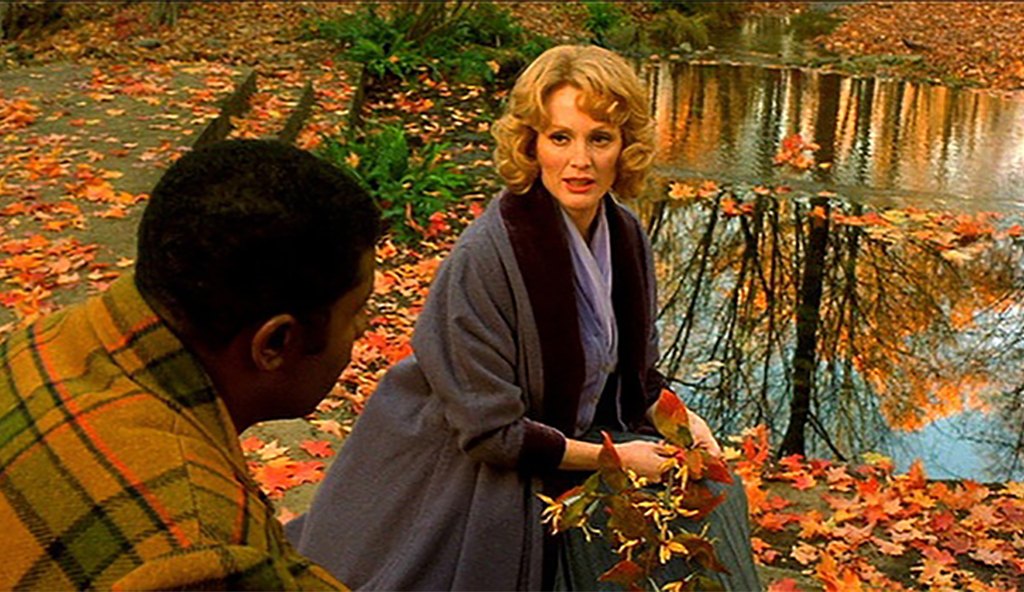 Before Carol, there was Far From Heaven. Todd Haynes enamoured contemporary audiences with his sapphic love story starring Cate Blanchett and Rooney Mara in 2015, but before that the filmmaker had already mastered the pangs of desire and a warmer, more golden microcosm in his 2002 period melodrama Far From Heaven.

As a genre, melodrama relies heavily on excess; of emotion, of drama, of design. This one pays heavy homage to Douglas Sirk, one of the forefathers of the movement, in particular to Imitation of Life and All That Heaven Allows. In Haynes' film, Julianne Moore stars as a 1950s housewife stifled by her claustrophobic Connecticut neighbourhood. She undergoes severe emotional unrest under the incandescent glow of orange, yellow, golden leaves, as her perfect marital life falls apart and she turns to more passionate horizons.

Available to rent or buy on Amazon Prime Video 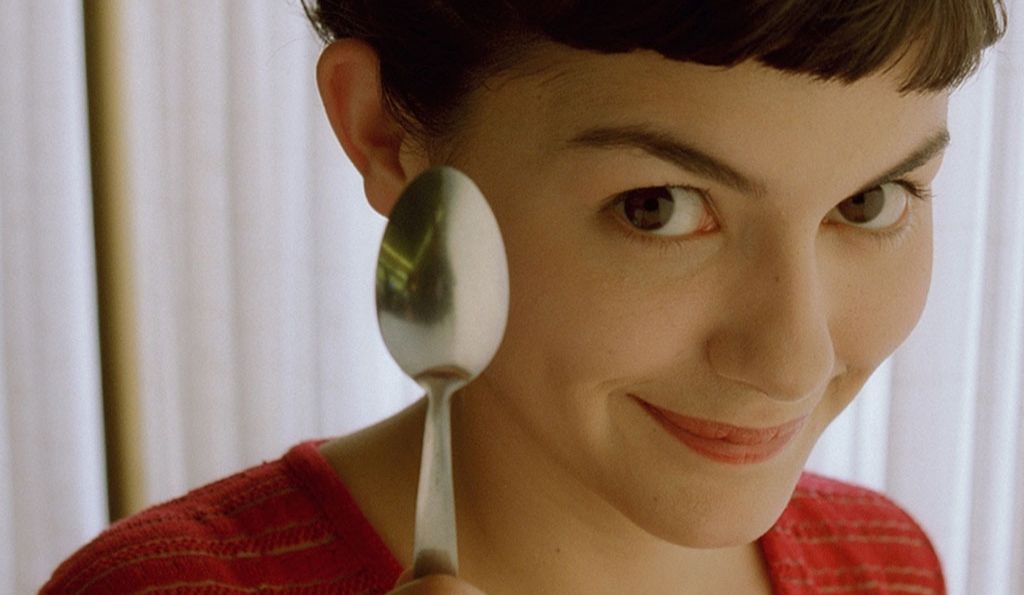 In the early 2000s there seemed to be an aesthetic trend in a number of alternative arthouse releases, one that owned the trailblazing originality of independent cinema through visual storytelling that was oversaturated, overbaked, and always just a bit yellow. This isn't to say the stories aren't good – but the early films of Wes Anderson, such as The Royal Tenenbaums shares the same feeling as Jean-Pierre Jeunet's Amélie.

The film frames contemporary Paris as romantic and whimsical, as it tells the story of a shy waitress, seemingly no one of any glittering importance, who shakes up the world of everyone around her. Amélie zooms through the streets of Montmartre and lingers on plates in boulangeries and intimate Parisian kitchens. It's a romantic sight, one of an autumn still dreaming of summer, waving goodbye to lazy days and whispering about the drama still to come. 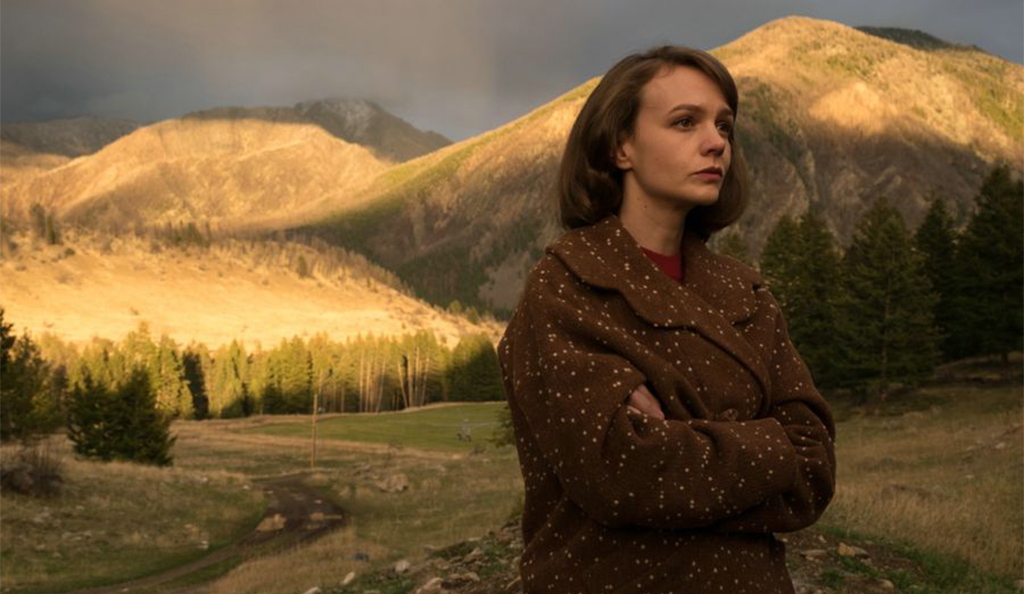 One of the standout gems of 2018, Paul Dano's directorial debut paints a quiet suburban portrait of a nuclear family in 1950s Montana. The film is based on the novel of the same name by Richard Ford, adapted into a screenplay by Dano alongside his partner Zoe Kazan.

Carey Mulligan and Jake Gyllenhaal star as Jeannette and Jerry Brinson, but Wildlife is led by 16-year-old Joe, played by newcomer Ed Oxenbould. There's a sense of deep unrest, but never one that feels forced or artificial in any way, The lush backdrop of Great Falls heightens the film's emotion, as the raging fires bring warmth and also danger to the opportunities of a new home.

Available to stream on Netflix 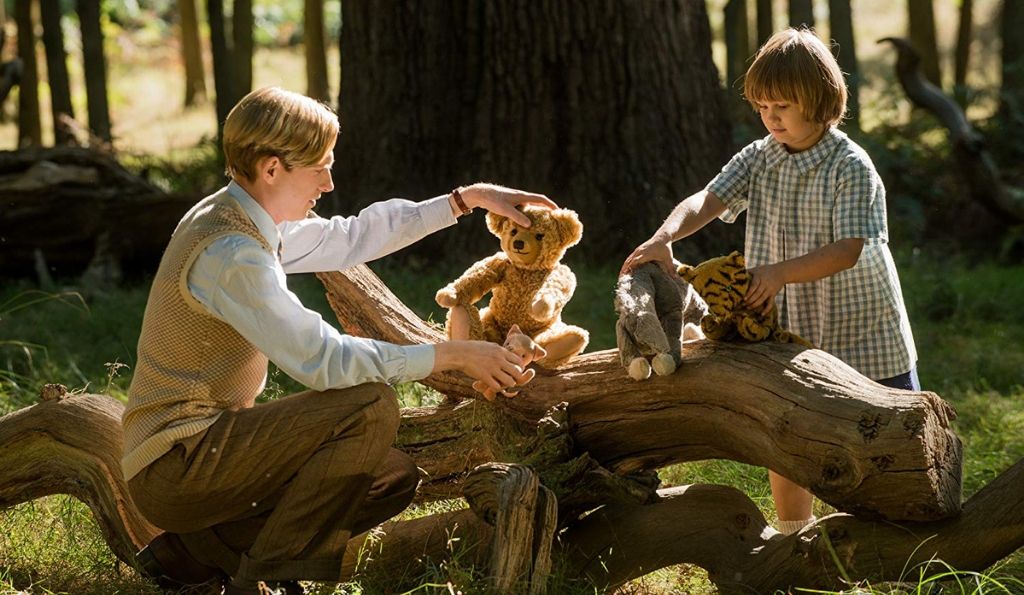 Retelling the inception of one of the world's most beloved cartoon characters, Goodbye Christopher Robin captures the early days of Winnie the Pooh and co. through the father and son that brought the characters to life. Domhnall Gleeson plays A.A. Milne, the stern author struggling through his relationship with his young son.

The film co-stars Margot Robbie as Milne's wife Daphne, and focuses on the PTSD-stricken Milne connecting with his son in the woods by their country home to bring imagination to life. In the golden glow of what would become the Hundred Acre Wood, there's soulfulness and melancholy to be found in this thoughtful biopic. 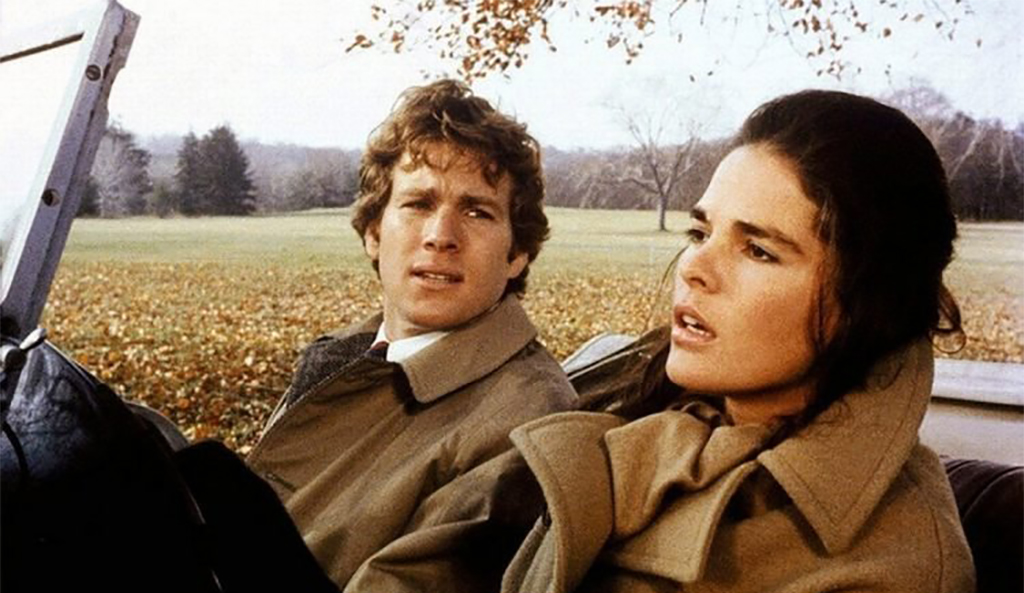 There are so many love stories, but there's only one Love Story. The devastating romance stars Ali MacGraw and Ryan O'Neal as star-crossed lovers – the concept isn't necessarily new but seldom has it been delivered so viscerally. Through the blustery winters on the East Coast and the journeys tinged with hues of brown and orange, you can see the natural world fading alongside the lovers.

The concept of a pathetic fallacy allows for harrowing dramas to be accompanied by romantically torrential downpours, and this idea extends to Love Story – the heady desire of summer flings is nowhere to be seen, as layers and layers of protective clothing can't warm up the tragedy that befalls this couple. You'll want to find good company for this watch.

Available to rent or buy on Amazon Prime Video

The Fox and the Hound 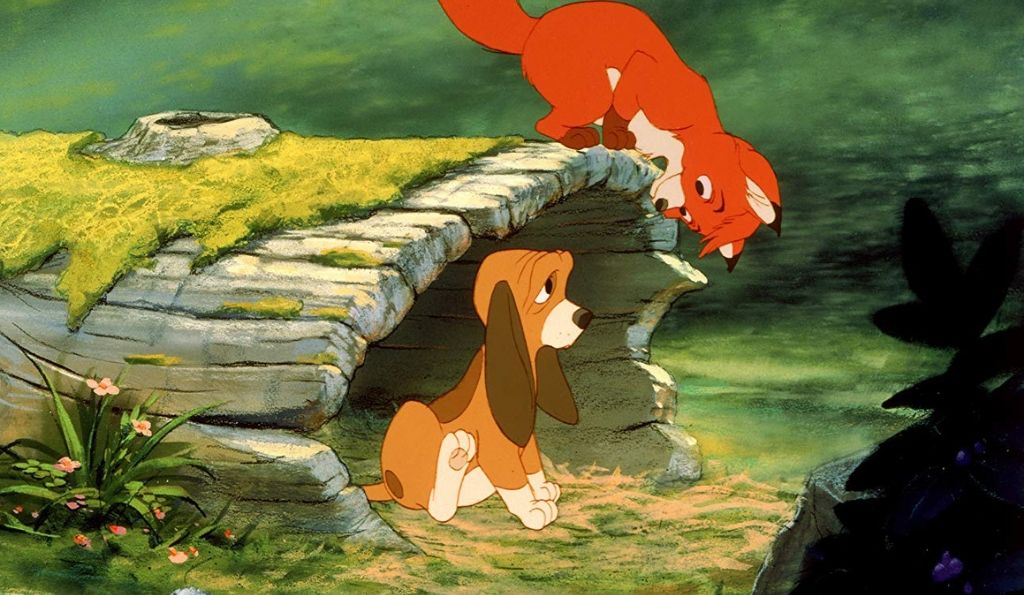 There's always room for something a little lighter – there's a reason Disney keeps remaking so many of its classic titles, as some stories simply can't be topped. As of yet, there's no news on a remake, making this autumn the perfect time to simply revisit and celebrate the innocent brilliance of The Fox and the Hound.

The film tells the story of childhood friends turned against each other – a red fox named Tod and a hound dog named Copper. Set in the woods and framing the surrounding pressures of the season, The Fox and the Hound presents a warm understanding of the ins and outs of friendship out in the wild.