Now halfway through, episode three sparks that catalytic event, in which all these people’s worlds – Fulcher’s, Elaine’s, Karen’s, even Halliwell’s – turn violently upside-down. 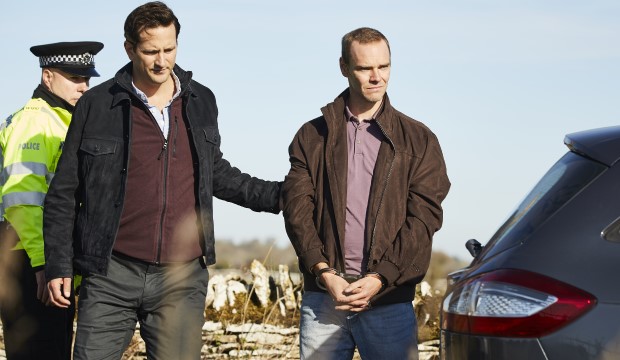 The most uncomfortable moments of this episode simmer quietly in the dialogue, normally and even casually spoken despite the horrifying situation. Halliwell isn’t a classic movie psychopath, and Absolom never approaches that cliché. Instead, director Paul Andrew Williams creates a cold, almost bland atmosphere – prioritising realism over fantasy – making these revelatory scenes even more unsettling.

The horrifying facts sting, with Fulcher (Martin Freeman) deliberately delaying the pain. He can’t ponder that pain too long; all he can afford is a therapeutic exhalation before every awful situation.

And even though Halliwell confesses to these upsetting crimes, there’s a fragile layer of innocence behind his eyes: a man concerned for his mental health. Fulcher speaks to him in a similar way to DCC Ray Hayward (who killed himself in episode one): friendly and empathetic, but distant and authoritative. Both personalities come together on an isolated bench, as Halliwell makes the essential confession.

Pope cuts the length of their real discussions, which ran close to four hours, to a much snappier 20 minutes. It’s a shame we couldn’t spend the full hour watching this calm interrogation unfold, but Pope likes following police procedure: the rules that officers stick to and what happens when they're broken. Steve Fulcher's not a rebel, not a law-breaker, not corrupt. In fact, he believes what he's doing is acting within the law. So, it's a distorted line he's crossing – one that feels necessary. 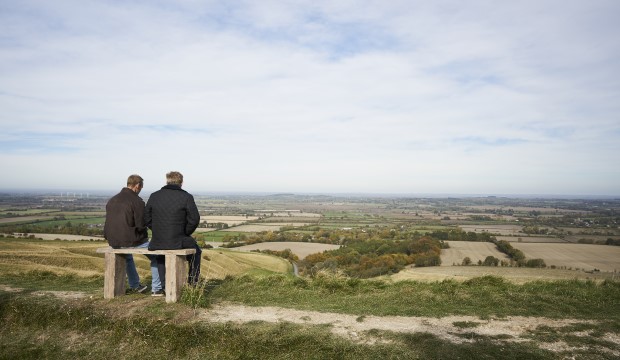 Both personalities come together on an isolated bench, as Halliwell makes the essential confession

Many annoyed viewers have complained about the camerawork, which is deliberately shaky to look and feel closer to documentary than TV drama. Those viewers won’t be satisfied this week, as the visuals are closer and bumpier than ever before – but that hardly matters. It's all in service to realism. Some scenes look so real that watching them feels intrusive; but when characters endure the worst possible news, Williams makes sure to cut away or to watch from a distance, behind a windscreen.

From that point of view, a series that could have exploited these bereaved families turns into something raw and respectful. Although Williams heightens the drama with occasional music, Niall Byrne’s original score searing like a folk-horror movie, he never cheapens or glamorises or exaggerates the truth – especially in this episode’s excruciating final scene.

A Confession airs Mondays at 9pm on ITV