In BBC's Dublin Murders, Killian Scott and Sarah Greene star as detectives looking into a series of forest murders in 2006 Ireland.

But Dublin Murders, the latest show to try and merge the genres, shows the reason why the combination often doesn’t work: heavily prioritising the investigation over the horror. And yet, the most sinful issue with this eight-part series — adapted by Sarah Phelps (The ABC Murders) from the novels by Tana French — is much simpler to define: it’s boring. 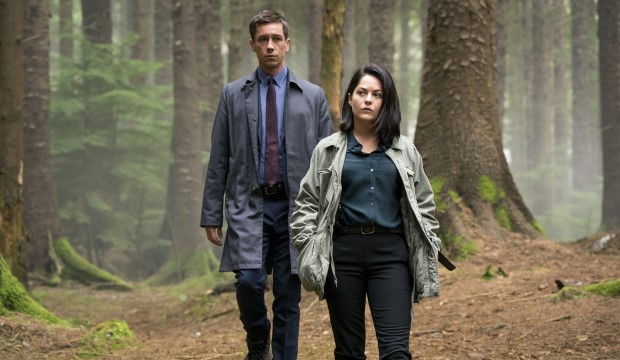 The first episode promises a lot and, for a while, grips in its bleak mystery. We start sometime in the future, as Detective Rob Reilly (Killian Scott) gives a dark monologue to his colleague Cassie (Sarah Greene): ‘We always think the ones who get away are the lucky ones … What if they killed the lucky ones?’

Both detectives are burdened by traumas from their pasts and these resurface as a child’s body appears in the forest. This emulates a similar case in the ’80s, which damaged the community and which Rob and Cassie were part of.

As they approach the patriarchal family of the victim, the story gets a little more interesting. The women dress like they’re in a Christian commune, and heavy tensions scratch under the surface. With their twisted confrontations, these scenes create an sharp, eggshell atmosphere. But there’s not nearly enough time spent with them. Phelps prefers instead to focus on the local controversy about the building of a motorway through the countryside, which is as tedious as it sounds. 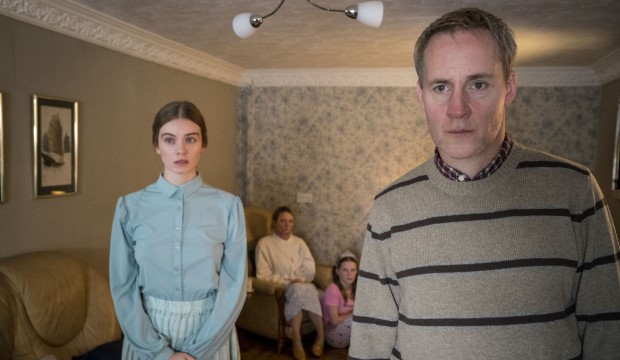 Phelps revels in the gloom, but doesn’t succeed with the two leads. Rob and Cassie question suspects, tell dark jokes, and sleep with people they really shouldn’t. They're pretty standard as TV detectives, only without many surprises and a bit dreary to watch. Rob is the most traumatised, for initially unclear reasons, and sees illusory wolves stepping out of shadows; but this also grows into a repetitive cliché.

Thankfully, Conleth Hill (Game of Thrones) arrives, playing their very un-PC boss, ranting into some crudely inventive threats (‘I’ll staple your penis to the wall’, ‘I will shred your testicles’) — but even he doesn’t elevate further than a sweary caricature.

Even worse, Dublin Murders doesn’t swim in the blood of its promised horror; as if Phelps is embarrassed by it. Why insert horror when it’s not used properly?