In this BBC 'surveillance thriller', Holliday Grainger stars as a detective assigned to the case of Shaun Emery (Callum Turner), a soldier accused of unlawfully killing an Afghan soldier

The Capture, BBC One review 3 The Capture, BBC One review Euan Franklin
In today’s world, it’s stupid not to be afraid of technology. Remember the footage of CNN journalist Jim Acosta, allegedly doctored to make it look like he aggressively arm-chopped a White House intern? That’s the sort of world we’re heading towards, and it’s terrifying. That fear pulses through The Capture, the new BBC ‘surveillance thriller’ from writer-director Ben Chanan (The Missing, Cyberbully).

The first episode starts in a dark room with a wall of flat screens showing live CCTV, a few people watching closely. An endearingly romantic Becky (Sharon Rooney) watches a couple kissing at the bus stop – but then her expression changes: shock, horror. We flash back to 18 hours later, gripped in guessing what she saw. 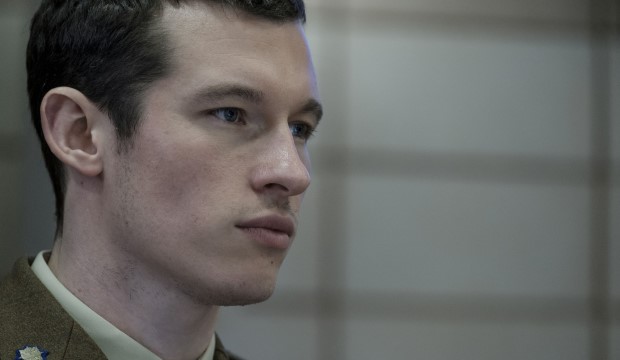 Soldier Shaun Emery (Callum Turner, last seen in Crimes of Grindelwald) is in court, accused of shooting an unarmed fighter in Afghanistan. A piece of footage from his helmet-camera is the key to a possible sentence. Shaun has a strong and masculine air about him, but there’s a niceness underneath – at least, compared to his right-wing, Islamophobic mates from down the pub. But is he really that nice? That ambiguity plays a huge role, as the story circles back to what Becky saw.

Meanwhile, DI Rachel Carey (Holliday Grainger, Animals) has moved from her department in SO15 (Counter Terrorist Command) to be fast-tracked for a promotion – for which she is exceedingly self-serving. She’s dependent on surveillance technology to find her culprits, recently foiling a terrorist plot.

The first episode exposes her weaknesses: she's naive about the technology she uses, she's desperate for the promotion, and she sleeps with a man she really shouldn't be sleeping with. But these make her an exhilarating detective to watch and the fact that she isn't a drunk, aging, rebellious alpha-male is refreshing. Instead of her faults actually being strengths (as is usual), they're just straight up faults. In some ways we're just waiting for her to trip up, which becomes more likely as she takes on Emery's case. 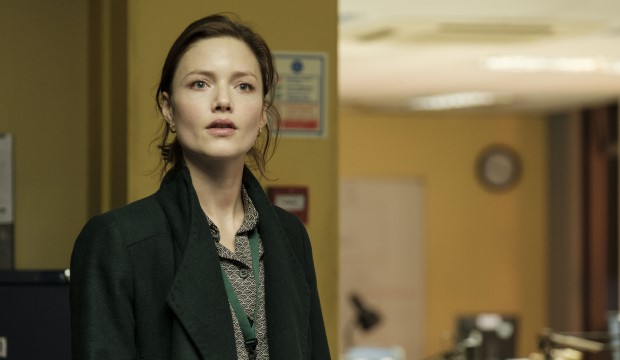 But despite the very modern and vaguely dystopian concept, Chanan’s writing already feels out-of-date. He exudes an almost elderly fear of tech, the themes of over-dependence on video footage being more relevant and unsettling elsewhere (Black Mirror is an obvious, superior example). During one scene with an evasive teenager, it’s like Chanan pats himself on the back for knowing what Fortnite is.

So far, the series endures a thematic identity crisis: uncertain about whether to be alarmist or escapist. As a piece of mature fun, not to be taken too seriously, The Capture is perfect to watch and relax with on a Tuesday night. But at this stage, the chaotic implications of technology are muted. Maybe when the next episode arrives, we’ll know which way Chanan’s camera is pointing.

The Capture airs Tuesdays at 9pm on BBC One