In State of the Union, Chris O'Dowd and Rosamund Pike play a couple enduring marriage counselling. They meet in the pub before every session to debrief their issues

It's strange that this demanded newness should come from harmless writer Nick Hornby, author and screenwriter of relaxed rom-coms like About A Boy and High Fidelity. Now, he creates a funny, gentle experiment with his new 10-part series State of the Union, where each episode runs for only 10 minutes.

Music critic Tom (Chris O’Dowd) and gerontologist Louise (Rosamund Pike) are a couple in crisis. Louise slept with somebody else, so they’ve decided to endure couples’ therapy. But before every session, they drink and debrief at a pub nearby. 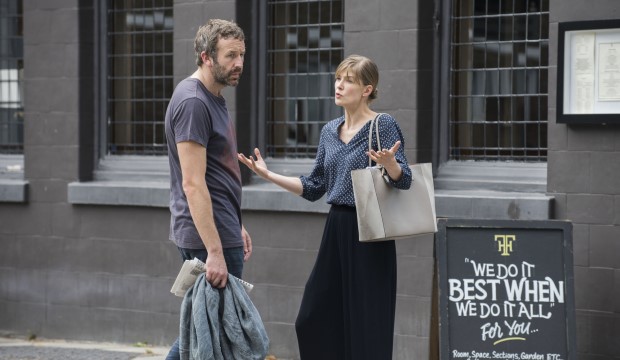 Similar to Nick Payne’s comedy drama Wanderlust, State of the Union progresses as a reluctant climb out of miscommunication. The ultimate speed bump in their marriage is the resistance (especially from Tom) to reveal their feelings and problems. Very often, their attempts at frank discussions spiral tangentially into hilarious Brexit metaphors, dolphin allegories, and similies about prison. Hornby indulges in every line, every joke, and every veiled statement.

The 10-minute format brings more than a desperate gimmick for viewers with low attention-spans. The bite-size duration and claustrophobic acting space plays perfectly with the distance felt between them. They start with an awkward tension stunting their every move, sarcasm being immediately shot down, before gradually feeling comfortable enough to talk without subtext. 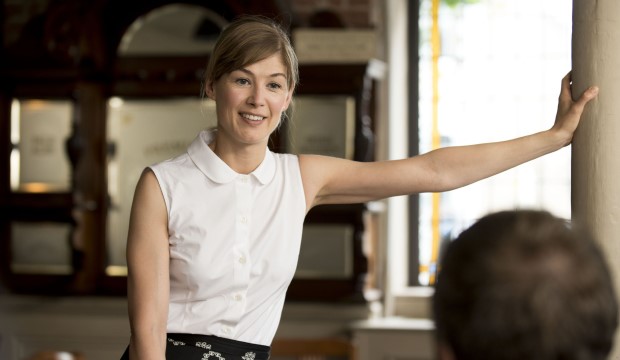 The 10-minute format is more than a desperate gimmick

Hornby arrives at the multiple and frustrating contradictions in a relationship. The answers aren’t clear, they never are - deliberately going against the traditional, fairytale ideas that drive many rom-coms. The series soon picks apart Tom and Louise's past, into the reasons why they met, and the events leading up to their current undesirable situation. Although they rarely acknowledge how much the therapy’s working, the therapy’s clearly working.

State of the Union should be spread out rather than binge-watched, since the same situation in the same pub with the same characters can become exhaustive in a single 100-minute stint. Hornby's experiment won't break the wheel of TV, but offers a little box of funny and intriguing pleasures.

State of the Union