In A Confession episode 2, DS Steve Fulcher (Martin Freeman) figures out who's resposible for Sian O'Callaghan's disappearance and crafts an operation to find Sian safely

A Confession episode 2 review 4 A Confession episode 2 review Euan Franklin
Episode two opens with comfortable hope, then dashes it into a million sharp and hurtful pieces. The scene takes place nine years prior to Sian O’Callaghan’s disappearance, as mother Karen (Imelda Staunton) snuggles up with her daughter Becky (Stephanie Hyam) in bed – hoping to eradicate the latter’s drug addiction.

But cut forward in time (hours? minutes?) and Becky mutates into a totally different person: vehement, violent, rabid. She’s almost not human, fighting to open the locked door and mocking her mother's idea of her in a horrifying hush: ‘Can’t be sweet little Becky…’ 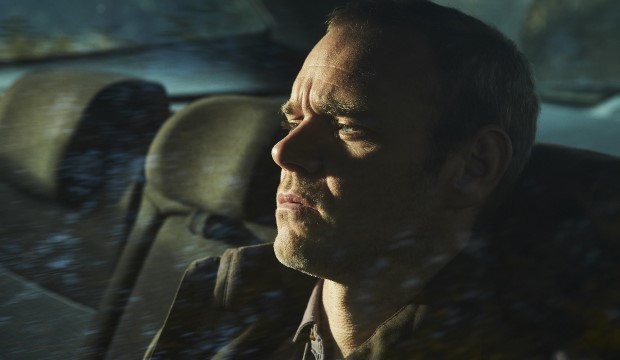 Writer Jeff Pope and director Paul Andrew Williams don’t shy away from wounding realities. The documentary-like realism of A Confession grows and, almost out of nowhere, hits hard with something that’s difficult to recover from. This need for truth rests mostly on Staunton’s shoulders, as she delivers one of the harshest and most heart-rending performances of the year.

There’s less focus on the O’Callaghan family, who sit and wait for news of every kind. But Siobhan Finneran, despite having fewer scenes than Staunton or Martin Freeman, delivers an unforgettably blunt performance as the breaking Elaine Pickford (Sian O'Callaghan’s mother).

She’s just about keeping it together, looking as if she’s resigned herself to hearing the worst news. A schoolteacher offers Elaine prayers and sympathies for Sian’s disappearance, but Elaine later insults those well-meant words, confessing that they make her ‘cringe’. 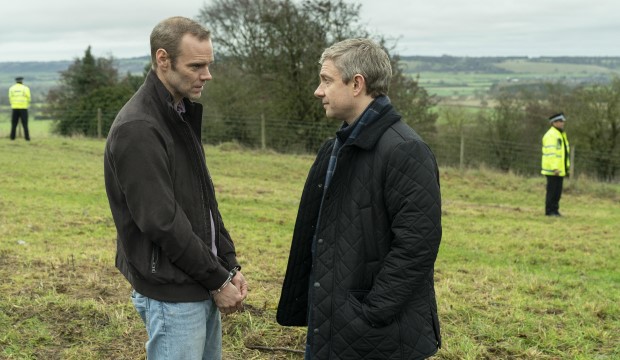 Christopher Halliwell, the man who would be accused of murdering both Sian O’Callaghan and Becky Godden, finally shows up – accidentally revealing his car on camera. Pope and Williams don’t treat Halliwell as a monster as such, but he's uncomfortable to look at. Joe Absolom plays him with a stiff countenance: persistently confused, not wanting to reveal anything. And unlike most mystery dramas, which want to capitalise on the not-knowing, we know Halliwell did it – raising the usual level of suspense.

Episode two unfolds more like an examination than a guessing game, following Halliwell as he struggles in his environment. The clever and exciting undercover operations (organised by DS Steve Fulcher) patiently come together, and it's almost hard to believe they happened in rural Wiltshire.

The end of the episode teases the infamous and controversial discussion between Halliwell and Fulcher at Banbury Castle. That conversation will lead to the confession, and perhaps also provide a gripping insight into Halliwell’s psychology. No doubt this important dialogue, which tied the fates of both killer and catcher, will thrill and disturb.

A Confession airs on ITV tonight at 9pm. Watch a clip of episode two below.