The Loudest Voice, Sky Atlantic review 4 The Loudest Voice, Sky Atlantic review Euan Franklin
The world is in a state of chaos, largely because of modern media. In Michael Moore’s recent anti-Trump documentary Fahrenheit 11/9, he blames the media’s extensive coverage of the 2016 rallies for why a racist, sexist, abusive populist is now in the White House. TV writers Tom McCarthy (Spotlight) and Alex Metcalf (Mindhunter) adapt Gabriel Sherman’s biography The Loudest Voice in the Room with much the same purpose.

Where did it all go wrong? Why are we made to endure the current media apocalypse? The answer: the late FOX News CEO Roger Ailes, who was forced to resign in 2016 for allegations of sexual harassment. 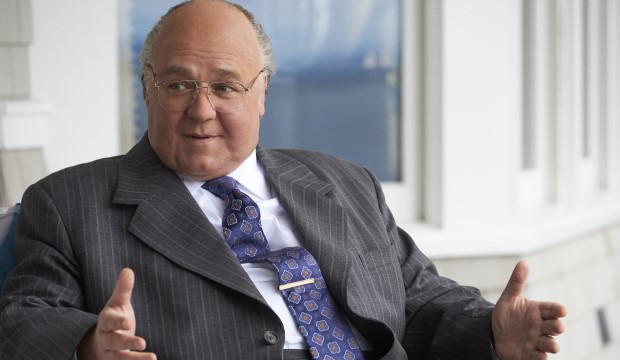 We meet Ailes as he dies, a morally villainous voiceover stating ‘I know what people are going to say about me’ like he’s controlling the narrative, even in death. Then we swipe back to 1995 as Ailes resigns from CNBC and joins Rupert Murdoch to found FOX News. Each episode drops into a different, important year in FOX’s history – including 2001, when they covered the 9/11 Attacks with an extreme, propagandist direction.

Ailes slimes around as a conservative nemesis, parading in restaurants, offices, and newsrooms as the architect of all our present pain. Crowe’s irritating ultra-masculine bravado (on-screen and off) suits the character perfectly as Ailes manipulates and dominates with his FOX News platform, emphasising outrageous entertainment over factual broadcasting (‘People don’t want to be informed, they want to feel informed’). 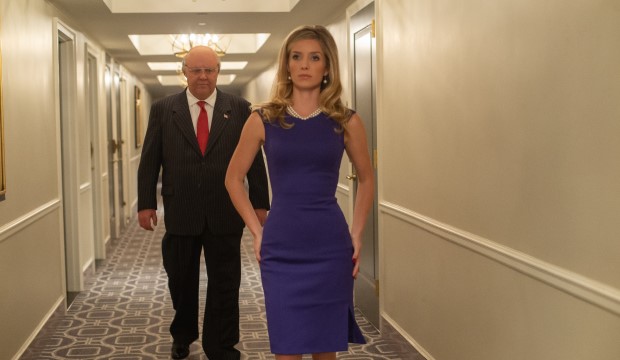 The downside, at least from the first two episodes, is that McCarthy and Metcalf don’t penetrate far beyond the layers of Ailes’s artificial blubber. He has the classic white, male, conservative sense of entitlement, seen when he’s shouting at everybody who defies him or taking horrific advantage of female employees in hotel corridors – but the psychological motivations are left unexplored.

The Loudest Voice chronicles FOX News' history, examining the choices which paved the broken road to our current media. Regrettably, this leaves little room for detailed character studies, but McCarthy and Metcalf peel back the world of fake news journalism with accessible and unsettling detail. 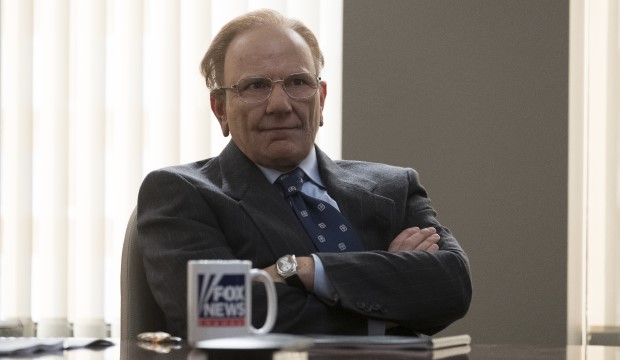 Whereas Succession (a similar telly tale of right-wing media dominance) hides behind satire and suggestion, The Loudest Voice courageously depicts the real-life people involved. Each significant character is introduced via big and loud title cards, which feel patronising at first, but prove helpful as the number of integral players builds up. In particular, the appearance of belligerent commentator Sean Hannity (Patch Darragh) inspires a few stomach-turning twinges.

The Loudest Voice treads the thin, wobbly line between history and satire – trying to show the truth while parodying the villains, similar to Brexit: An Uncivil War. The conservative cardholders in the show are based on real people, but they're drawn with two-dimensional personalities. Then again, isn’t that what these people are: cartoons for profit?

The Loudest Voice airs Thursdays at 9pm on Sky Atlantic