That moment scars the memory: the smile is friendly, ordinary in most circumstances. But its presence in court indicates that he’s not struck by the faces of all who hate him. In fact, this is dangerously close to what's reported about Halliwell’s later trial in 2016, in which he smiled at the relatives and laughed at the verdict.

But Absolom’s performance, seen extensively in episode three, doesn’t smile with cinematic maliciousness; there’s nothing vividly psychopathic about him. It's part of the striking realism that writer Jeff Pope and director Paul Andrew Williams pursue through the series. 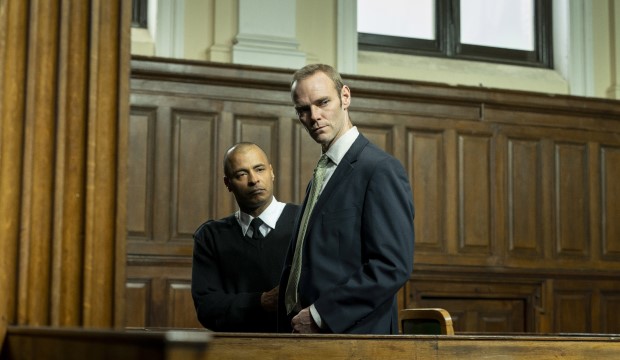 In episode four, Pope explores the difference of opinion relating to the actions of Det Supt Steve Fulcher (Martin Freeman) when interrogating Halliwell without a solicitor. This story isn’t confined to police knowledge any more; it's spread all over Wiltshire. Did he do the right thing? Was it appropriate to break from police procedure? Should he have disregarded Halliwell’s rights in order to find the bodies of Sian O’Callaghan and Becky Godden?

Well, despite the divisions presented, it’s clear what Pope thinks. The different opinions aren’t balanced as such, the bias leaning toward Fulcher being in the right. The criticisms against him frustrate common sense, especially as he’s cross-examined in court. The defence and even the judge focus too much on the means, and not the ends. Knowing what eventually happens to Fulcher, this injustice feels painfully unfair.

The most attractive division, however, stands between the two mothers: Karen (Imelda Staunton) and Elaine (Siobhan Finneran), who prove to be fascinating opposites. The contrasts between them clash despite their exchanging very few words. Karen is more outward, as if she can barely contain herself; Elaine represses everything and hates other people’s sympathies. Yet despite the raw excellence of both performances, Staunton steals every scene she’s in; it's impossible to look away from her. 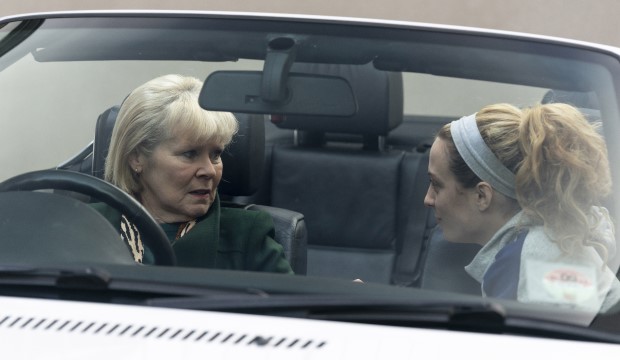 Elaine also looks down on Becky Godden: seeing her murder as a predictable risk of her sex work and drug addiction. Pope continues to flash back to Karen struggling to rehabilitate her daughter, which makes these comments all the more hurtful. But there's so much pain locked away in Elaine's chest that it's hard not to empathise.

Pope continues to act as a guide through this controversial case, which will soon lead to Halliwell’s final trial in 2016. Strangely, much of this episode unfolds like a procedure, getting certain events out of the way – but A Confession still continues to be compulsive, necessary viewing.

A Confession continues Mondays at 9pm on ITV