In The Report, Adam Driver stars as Senate investigator Daniel J Jones, who uncovered the unlawful torture of terrorist suspects in the wake of 9/11

Both the counter-terrorist thriller 24 and the Kathryn Bigelow movie Zero Dark Thirty are mentioned in The Report, the anti-torture political drama from writer-director Scott Z Burns. The first two, perceived to be pro-torture, were used in many people's arguments supporting what’s limply called ‘enhanced interrogation’. In order to stop terrorist attacks from happening in this post-9/11 world, agents need to put the pressure on. The ends, it appeared, justified the terrible means.

The Report reveals how sadistic and useless these interrogations were. The film follows the US Senate investigator Daniel J Jones, as he organises 6,700 pages of evidence detailing the unlawful, unethical CIA interrogations following the attacks on 11 September 2001. 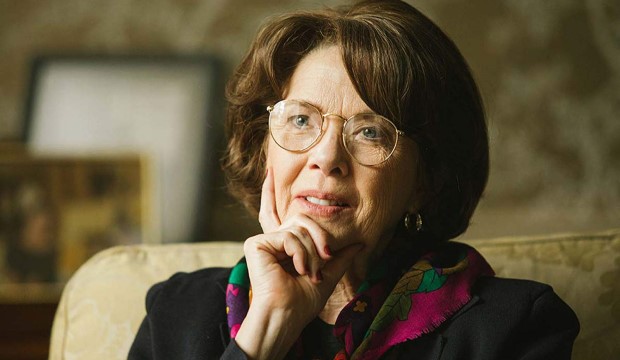 The first 10 minutes invites a bit of scepticism. The opening scenes muddle about: leaping from place to place, from past to present, and back to past again. We start as Dan consults a lawyer for his aptly titled ‘Torture Report’ and the film dizzily jumps from there.

But it's not long before Burns calms and proceeds with a more ordered version of events, tracking Dan as he builds his famous report. We’re dropped into the standard grey-blue offices: featureless, but populated with intelligent, hard-working people trying to do the right thing. It’s the sort of bland but invigorating style that makes restrained dramas, like the Oscar-winning Spotlight, so watchable.

Where The Report differs from most office-based political thrillers is in the rough, graphic, and often nauseating display of torture. It’s a shocking contrast. During these scenes, Eigil Bryld’s bleak visuals bathe in sickly yellows and blacks – as though shot by The Godfather cinematographer Gordon Willis – while resembling the very real, very painful discomfort of watching a snuff film. Air Force psychologists James Mitchell and Bruce Jessen carry out these interrogations, financed by the CIA.

If Dan and Dianne are the angels in government, Mitchell and Jessen wear the horns. Sometimes, Burns’ evil pictures of this violent department drop into exaggeration (one member of the team literally utters, ‘Human rights… blah blah blah’) and occasionally fall into cliché. But it’s hard to watch the very real acts of sleep deprivation, waterboarding, and ‘rectal feeding’ without forming a non-biased impression of their facilitators.

Coming out of the dark after the film's finished, that common sadness sets in: what sort of world is this? Post-9/11 anxieties and furies and acts of violence scream through every scene of The Report, and Burns offers more appropriate ways of dealing with those vengeful feelings.

The sadness is assuaged slightly by the realisation that there are ethical people out there, trying to stop the worst that humanity has to offer. As long as there’s evil in the world, good always fights back – even if the eventual success only barely scratches the surface.